The Budapest Metro and the Gerbaud Cafe in Vorosmarty Ter

To be honest, I was scared of using the Budapest metro.  I had read so many negative reviews about Budapest, I was ready to pass up on visiting the city entirely and going somewhere else instead prior to our visit to Hungary.  Much of my fear centered on scam merchants and the much talked about metro ticket inspectors who victimized helpless tourists.  Fortunately, nothing untoward happened to us.  Actually, I ended up loving Budapest so much.  Much to my chagrin, the metro ticket inspectors who we saw and encountered by every entrance to the system were kind and respectful.   I was really pleasantly surprised.

One of the recommended places to visit in Budapest is the famous and elegant Gerbaud Cafe in Vorosmarty Ter.  The cafe reminded me of the Hotel Sacher in Vienna although more swank with its chandeliers and long silk curtains.  The main draw of this cafe and restaurant is its pastries.  When we visited, a lot of sacher torte was sold and served. By this time, I had eaten so much sacher torte beginning in Germany and then Austria, I had to pass.  I was happy enough to visit the place which was no doubt very touristy.  In fact, all its customers were tourists.  Th place though was definitely majestic.

Here we were in Vorosmarty Square Metro Station exit.  I had heard about this square so much prior to the trip I just had to have my picture taken .   Upon exiting this station, the Gerbaud Cafe was close by.  One would really be hard pressed not to see the Gerbaud Cafe because it is located on one the end of the long pedestrian street Vaci Utca. 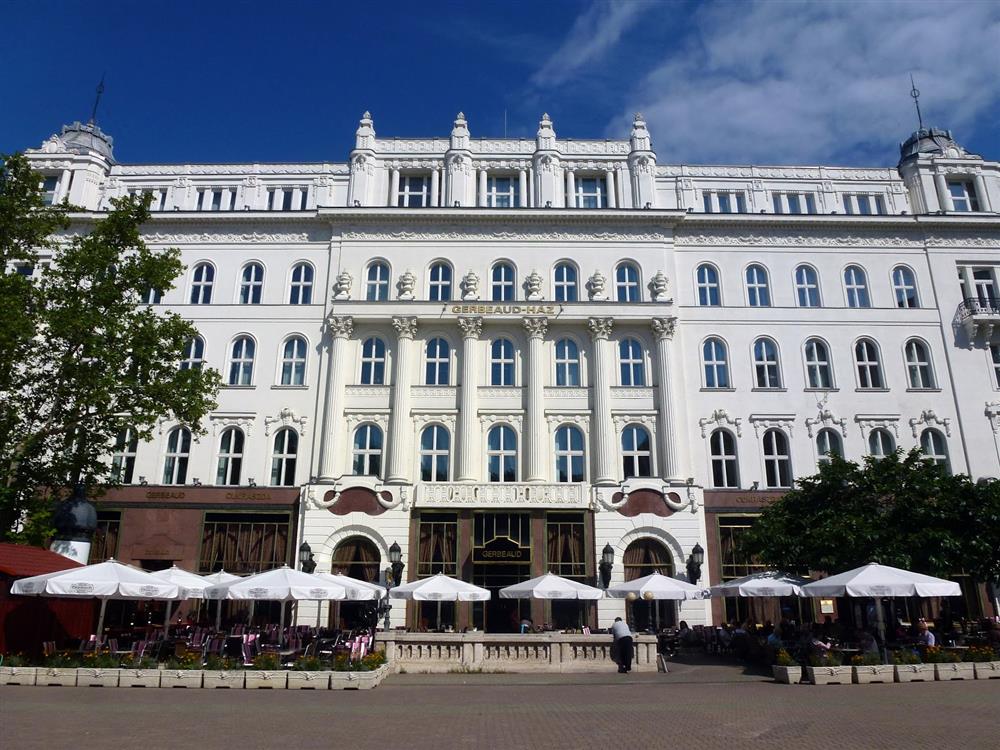 The Gerbaud Cafe in Vorosmarty Ter 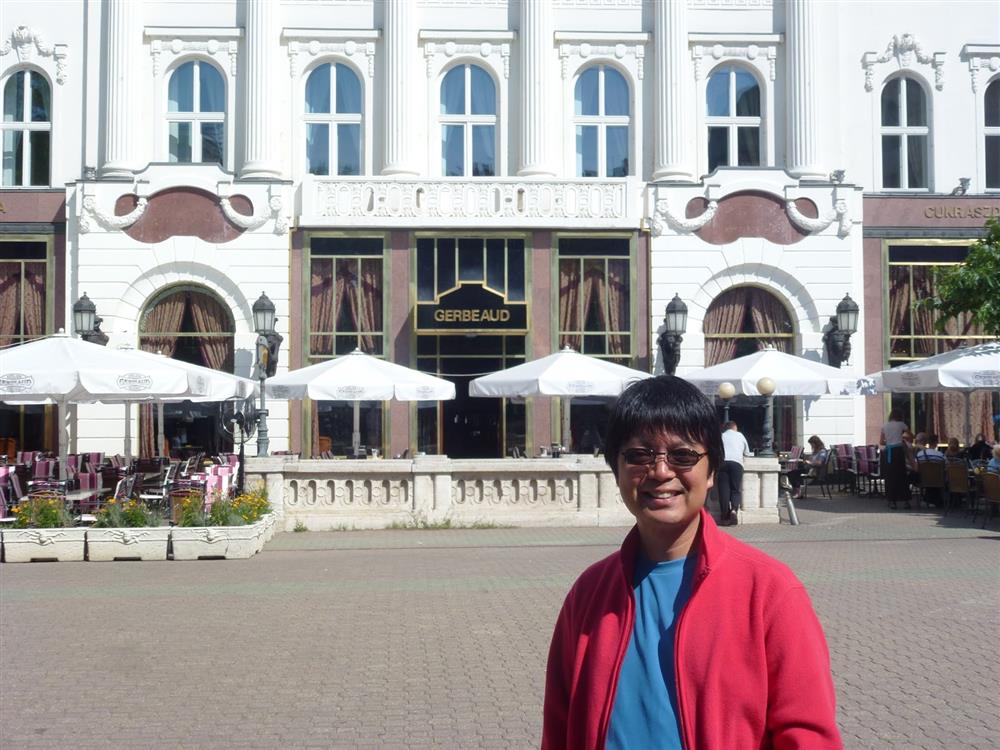 In front of the Gerbaud Cafe 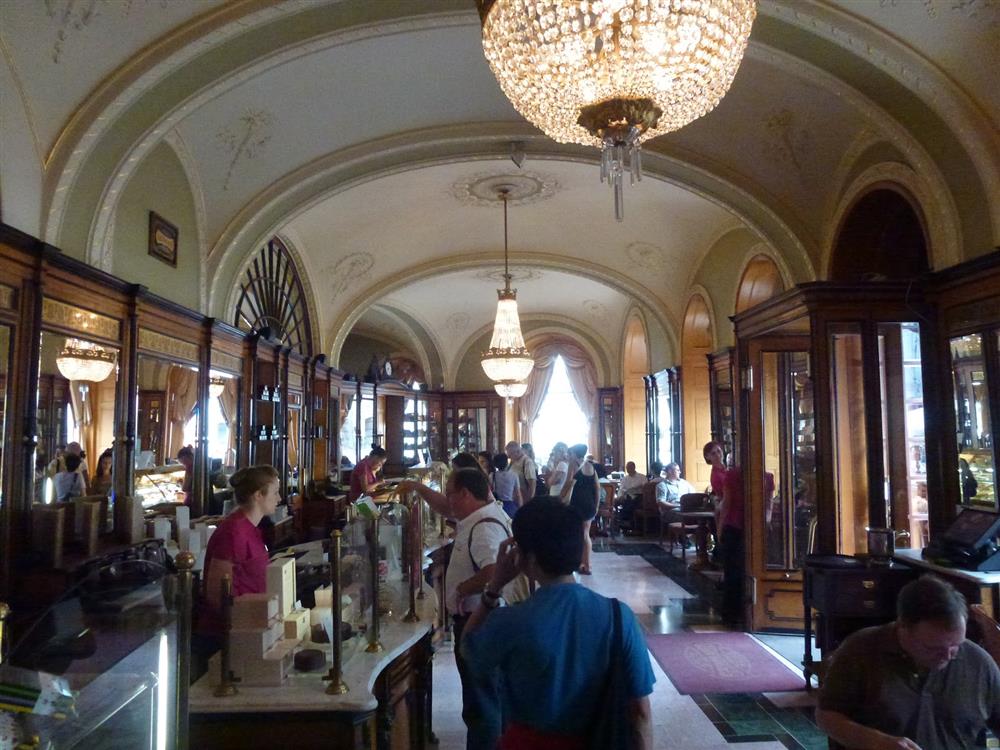 Inside the Gerbaud Cafe about to examine the pastries served 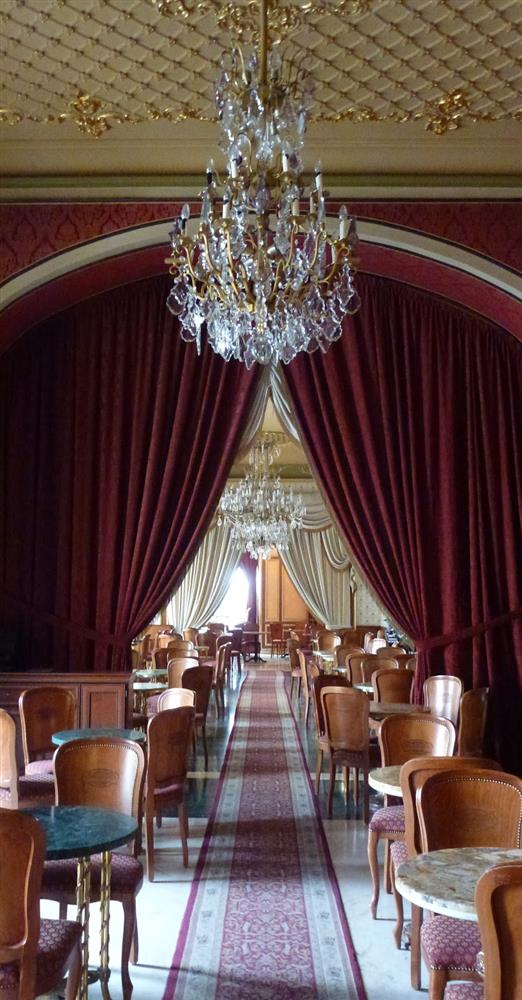 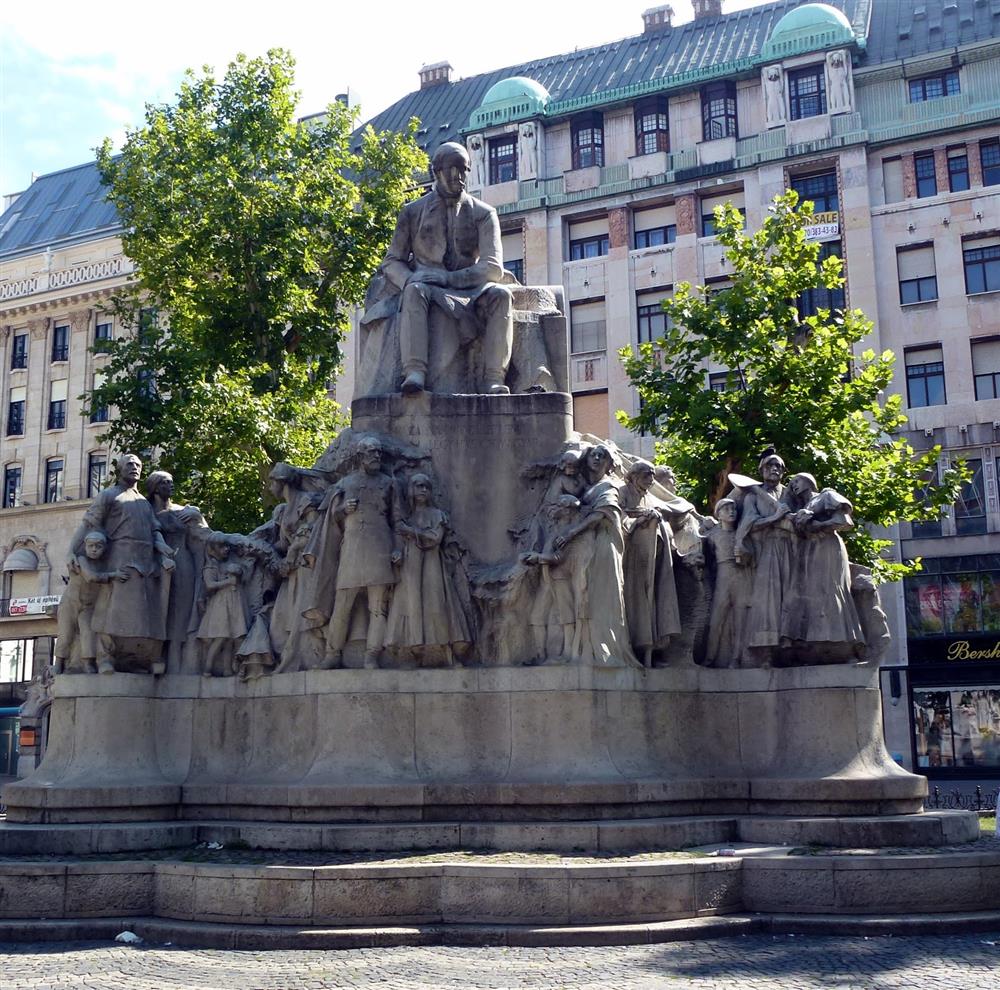 Right in front of the Gerbaud Cafe is this monument 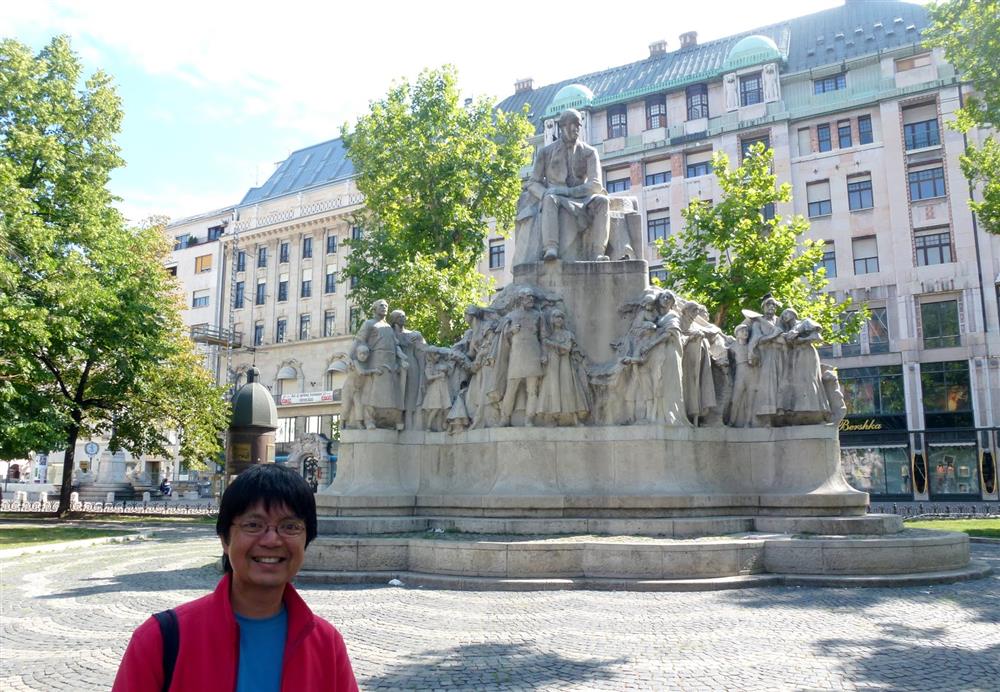 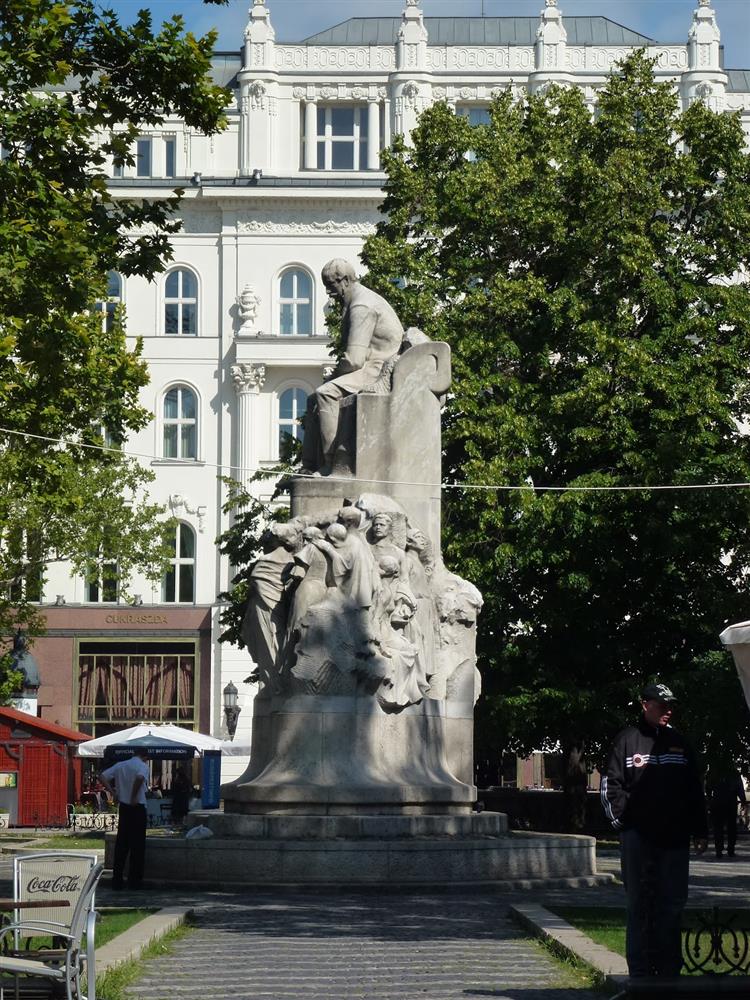