I was quite eager to see what the shopping scene in Budapest was like when we were there.  Vaci Utca was the long pedestrian street full of stores we passed by, explored, and visited many times.  Contrary to many reviews we read on the internet, Vaci Utca did not seem dangerous.  Perhaps, we just got lucky, but there were so many locals and tourists in the area.  The crowds of people actually made me feel safe.

Unfortunately I cannot say exactly what the place was like in the evening since we were so tired after a day full of sightseeing, we were back in the hotel between 8 and 9 pm.  One review on the web did advise staying away from this area at night.  At any rate, these were some pictures we took of the place. 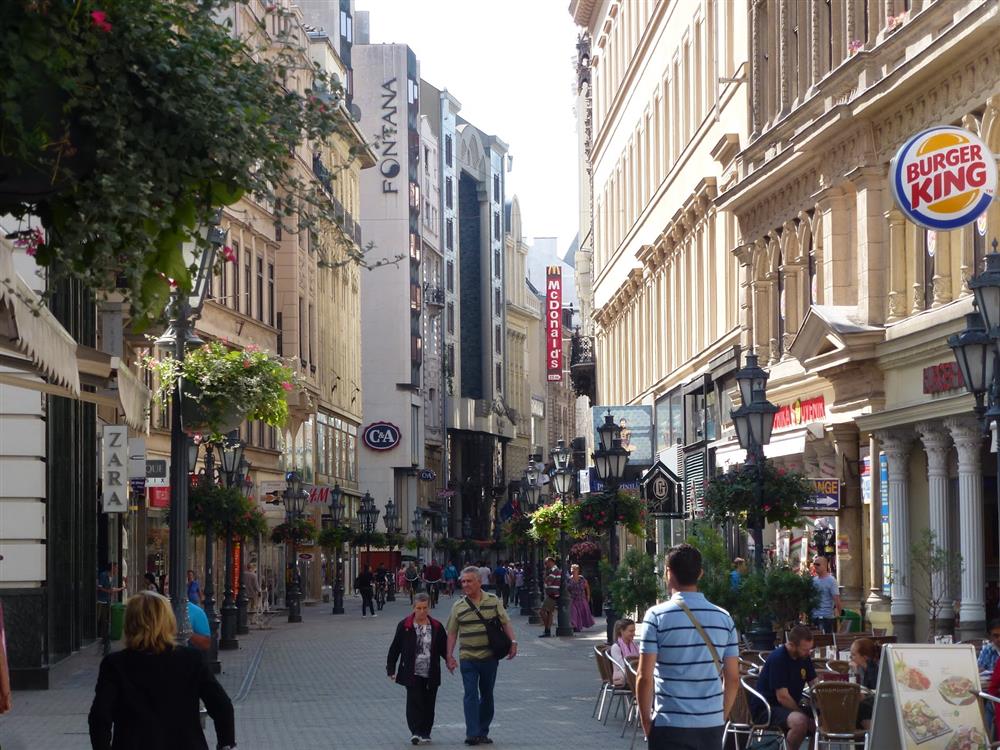 The most famous shopping street in all of Budapest, Vaci Utca

I was quite surprised to find out that Budapest had become so westernized in terms of fashion.  We saw the chain stores like ZARA and C & A along this street.  SALAMANDER and HUMANIC, brands I saw in Germany and Austria were present here too. 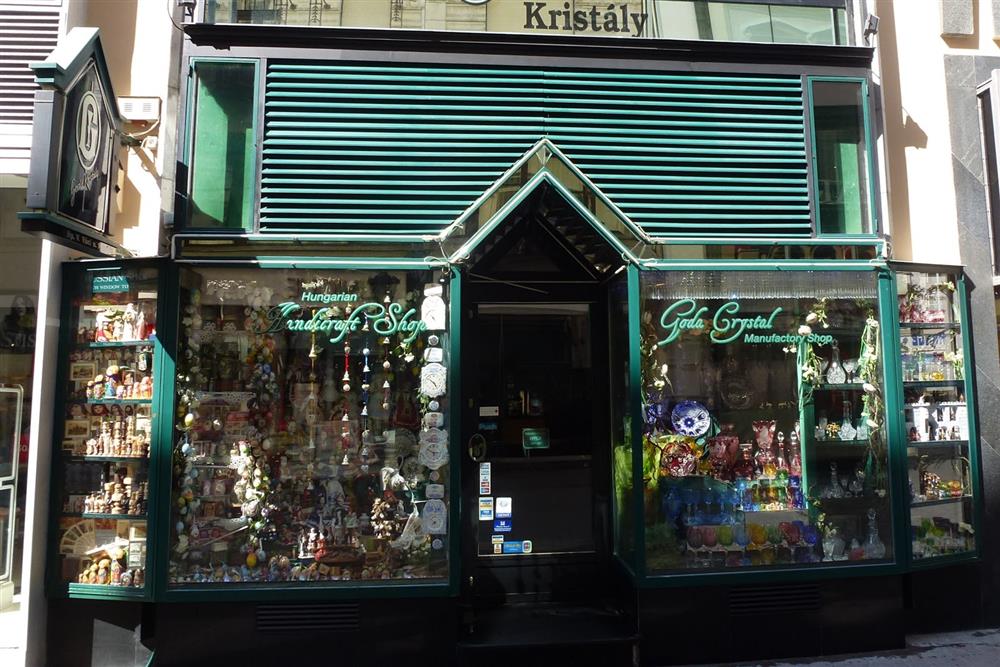 This store was just one of the many souvenir shops that lined Vaci Utca. Laces, dolls and porcelain are said to be the main must buys in Budapest. 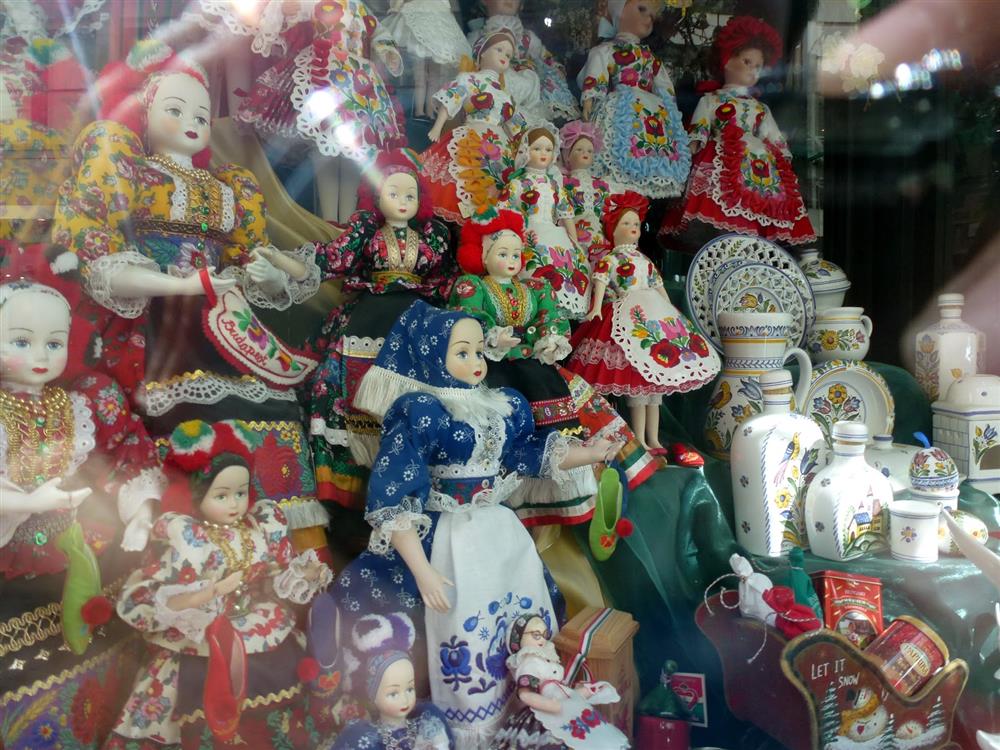 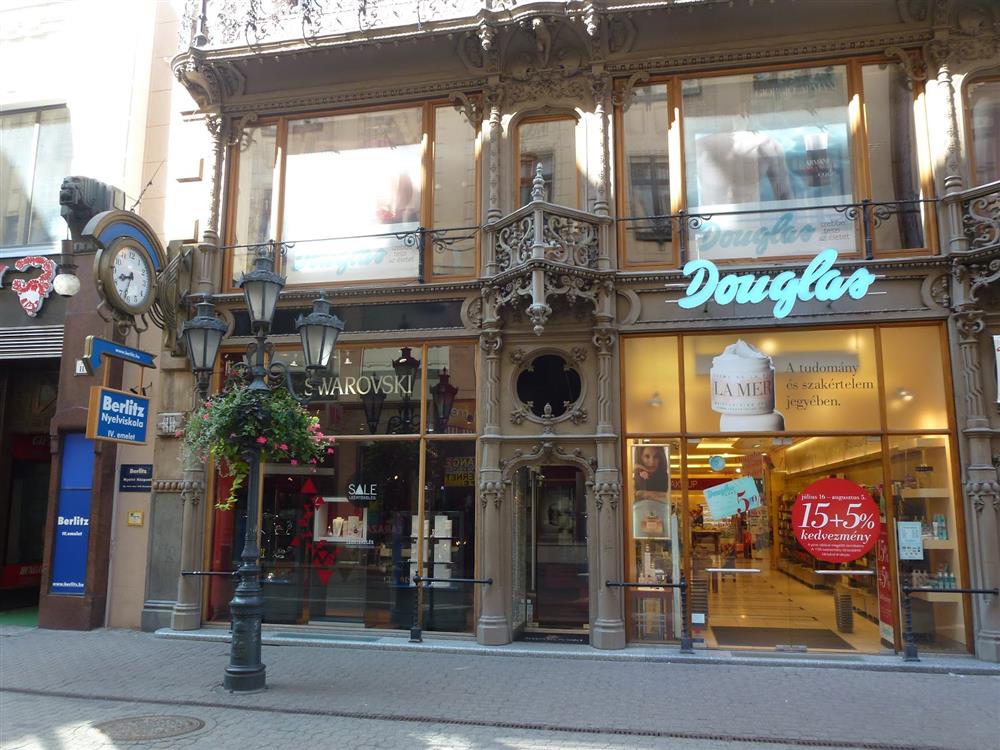 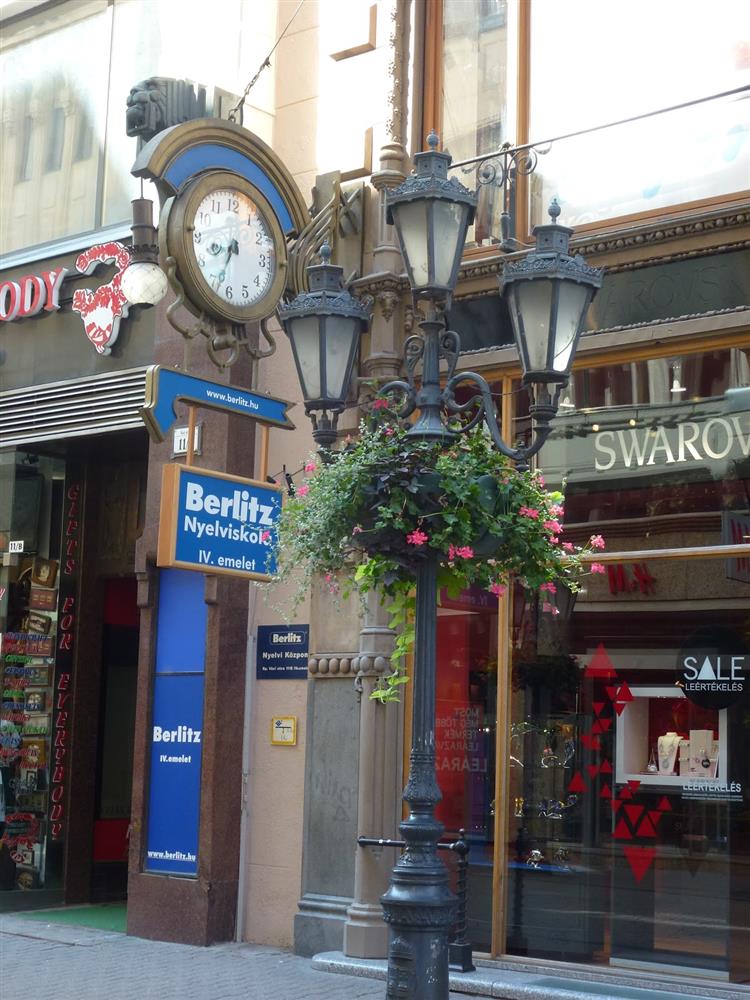 Do remember that when in Eastern Europe, the use of restrooms is not free.  Even when one goes to a restaurant, one has to pay to use them.  You can just imagine my shock and surprise when chain restaurants like KFC, McDonald's and Burger King charged.  One does get to use an establishment's facilities for  free when purchase is made in the place.  The restaurant receipt actually gives a code one could use to open the door and enter.

One morning when I just couldn't hold it any longer, Marc and I went inside a McDonald's to relieve myself.  We ended up buying something to eat but it turned out to be a wonderful experience.  These were what I bought to eat. 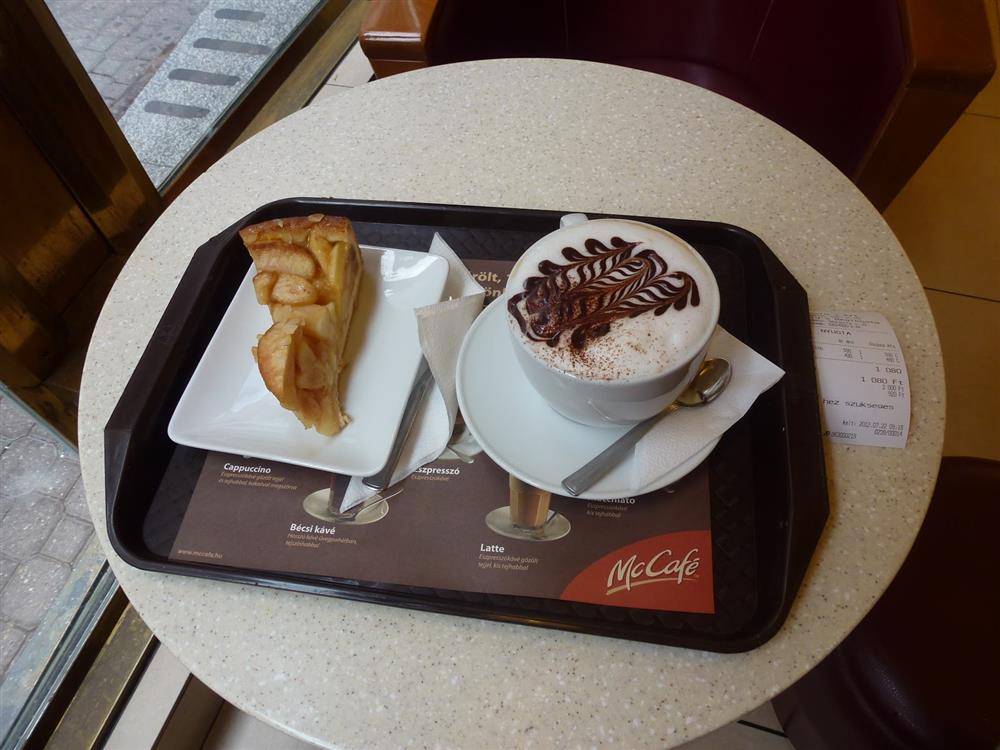 What I normally throw away in the US as soon as I pay, I had to keep with dear life so I could use the restroom in the McDonald's along Vaci Utca.

The Central Market is easily reached from Vaci Utca.  It is located on one end of this busy street.  From the Gerbaud Cafe in Vorosmarty Square, walk along Vacit Utca, go straight until you reach its end. 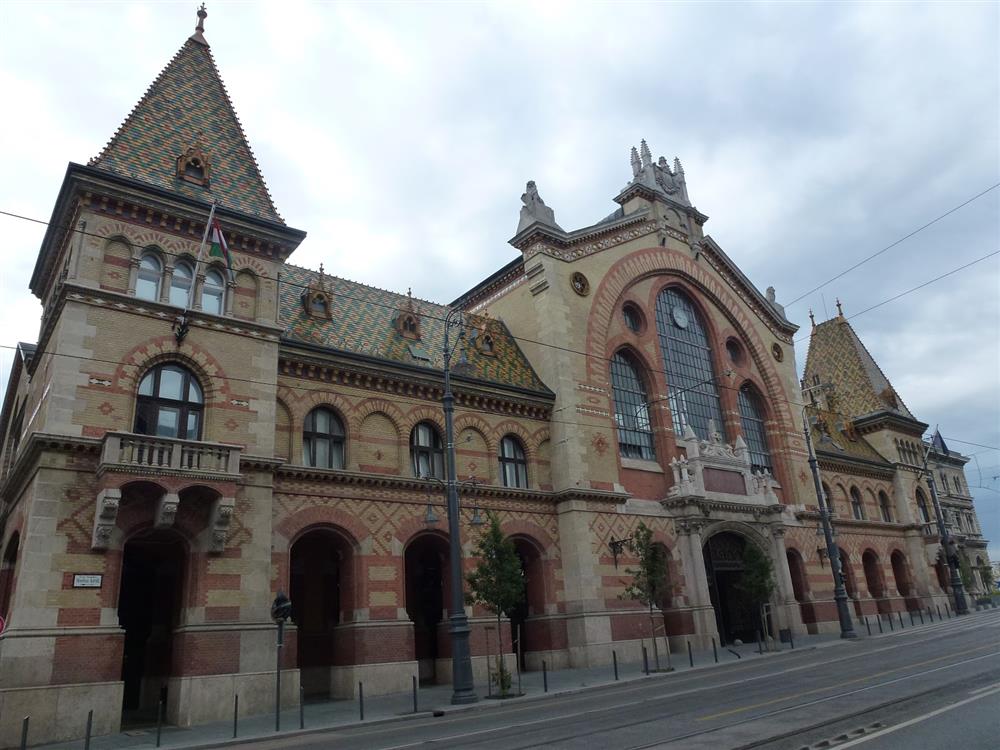 There were a number of modern malls in Budapest.  We walked to the West End from Vaci Utca and Vorosmarty Square.  Though the walk was long, we had time to spare and we wanted to explore. 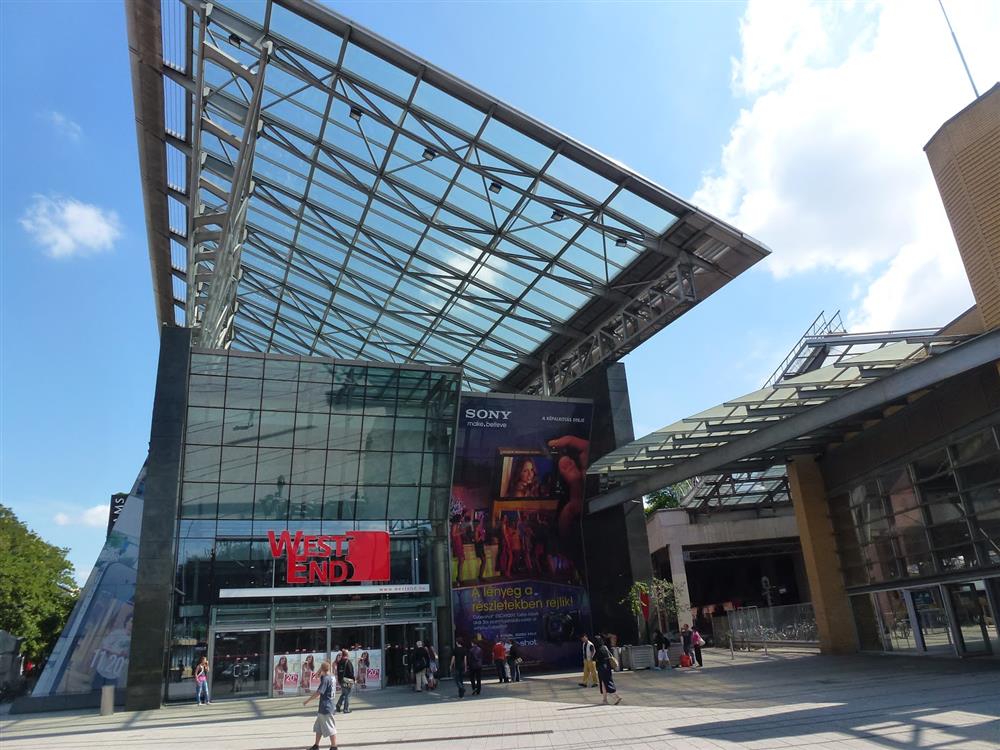 This mall was located right next to the Nyugati Train and Bus Station.

Once again, the area around this mall, better yet, the Nyugati Station was described as rundown and dangerous.  People, trust me, it is not dangerous.  In fact, it was not scary at all.  I assume some reviews said so because of the presence of a few homeless people here.  I come from San Francisco, California, and I must say, no place beats my adopted city in terms of homelessness.  I am not proud to say it but Budapest's homeless problem is nothing compared to where I come from.  Nothing at all. 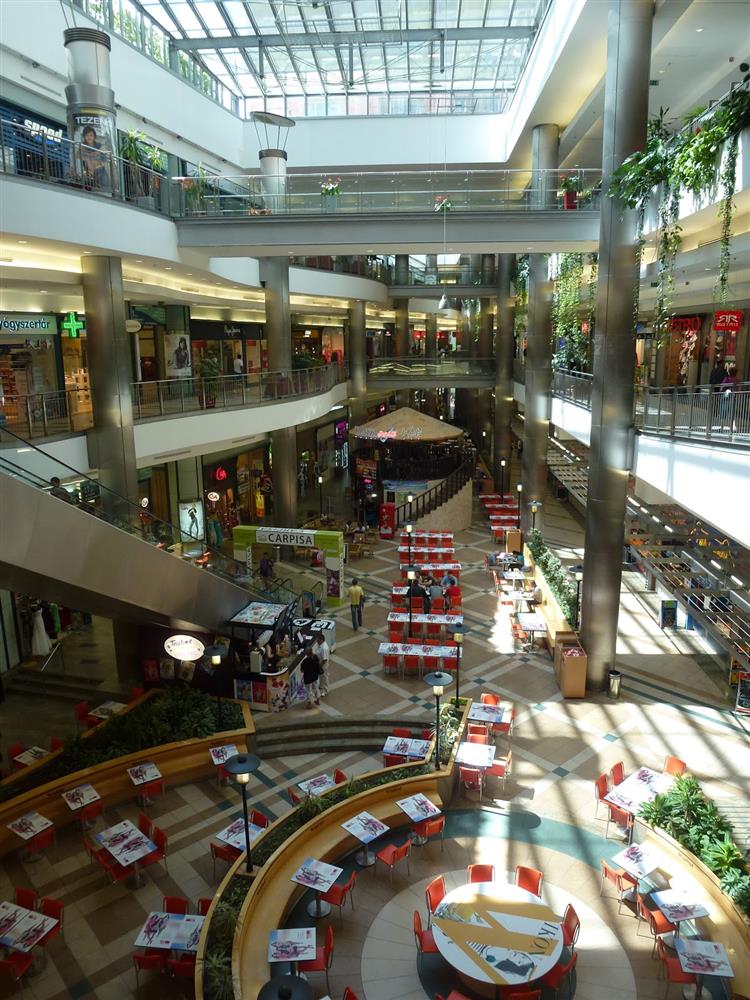 Inside the West End Mall in Budapest 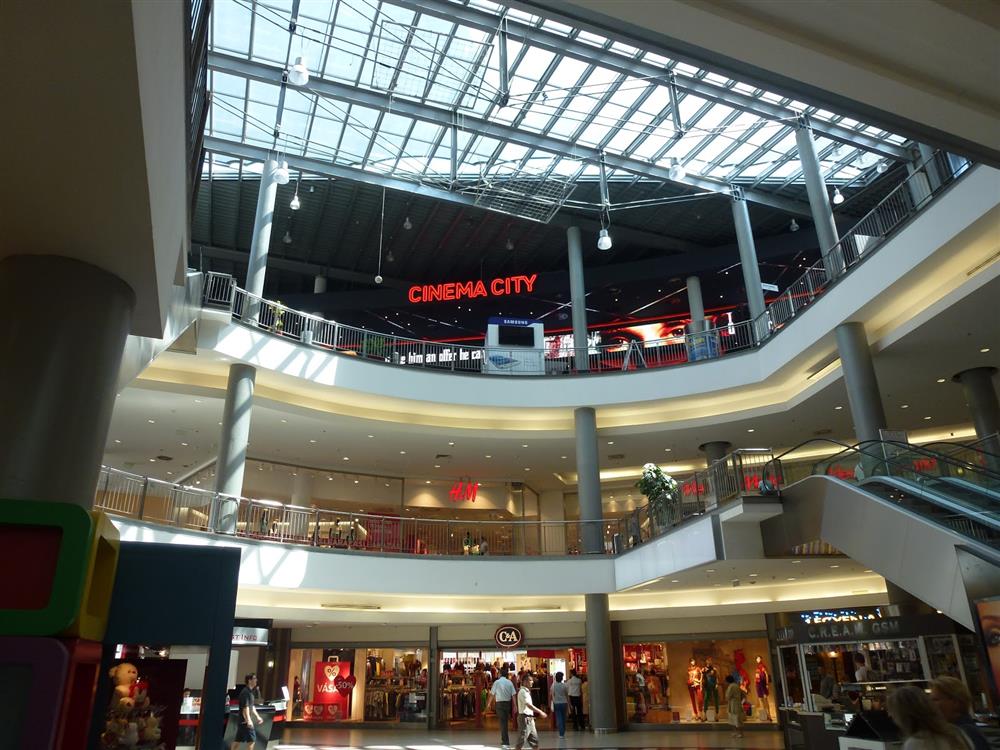 The cinemas on the topmost level 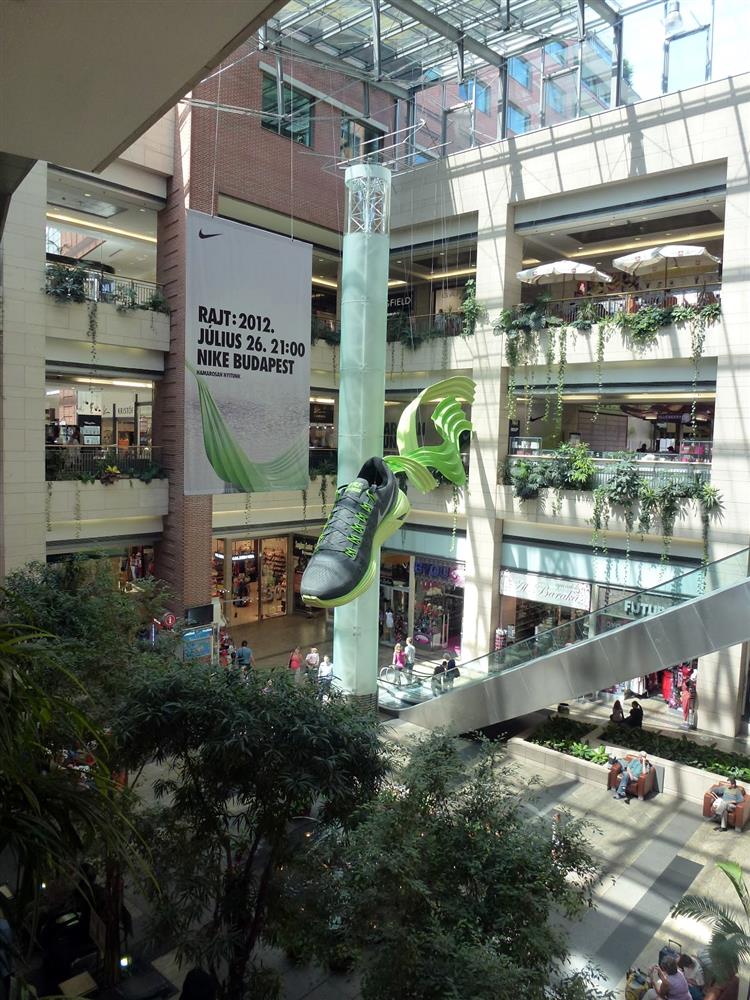 See the giant shoe hanging from the ceiling? 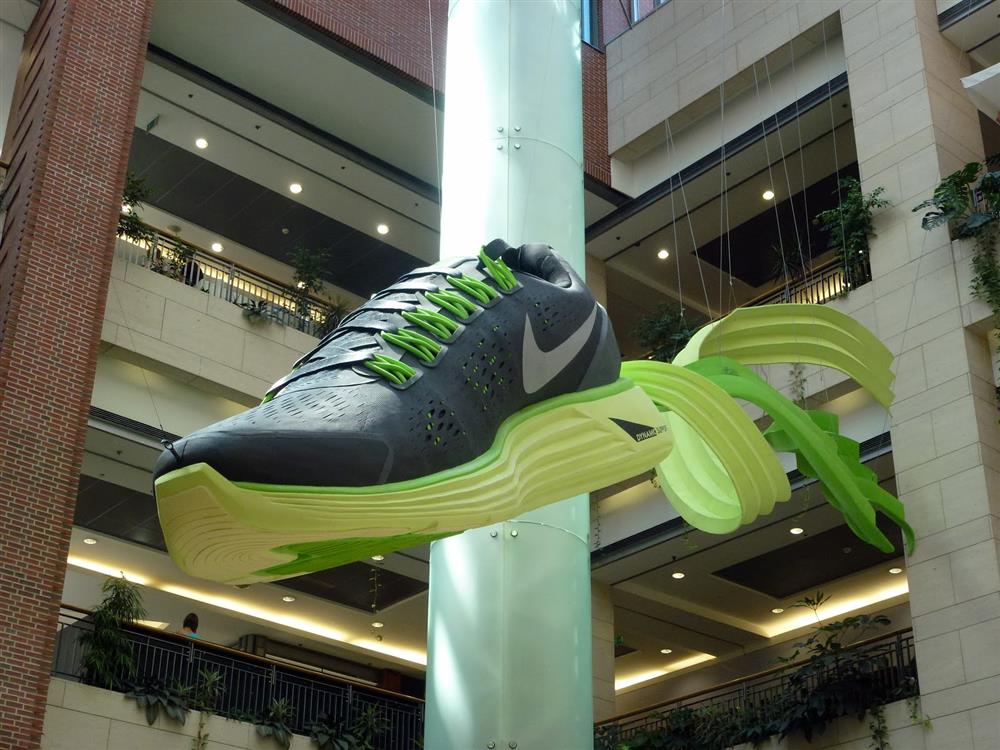 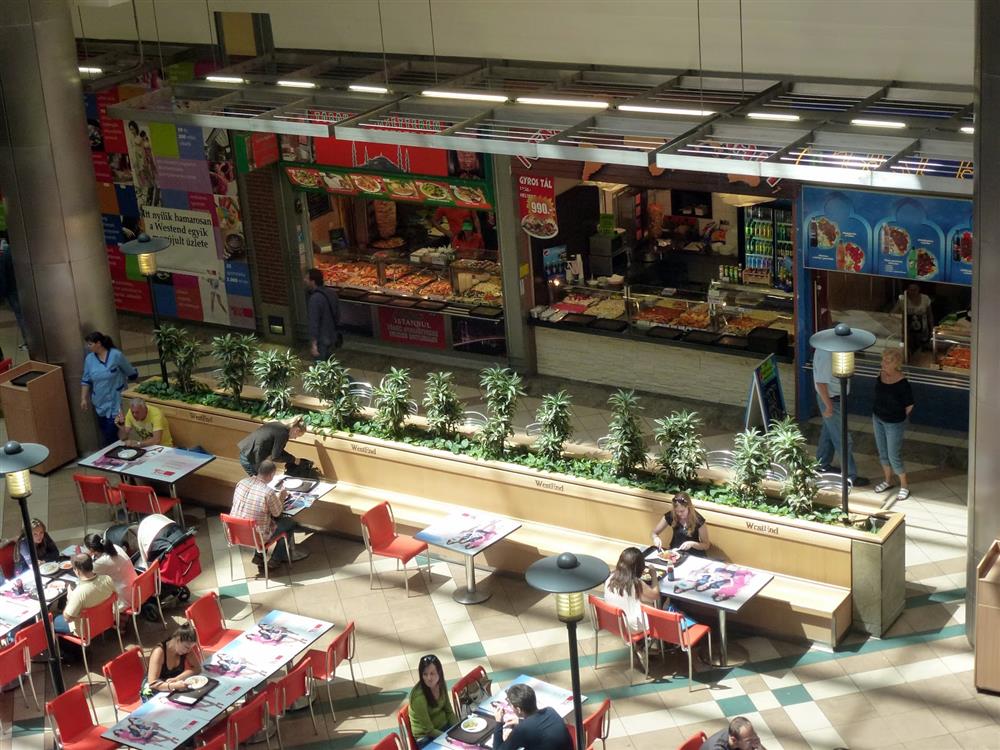 A partial view of the food court

Marc and I had lunch here.  I remember it was around 11 am then and we decided to eat right away to beat the crowds at 12 noon.  We were right.  There were long lines for the stall that served Turkish cuisine.  Marc had it and it was delectable.  He ordered chicken with rice.  I tasted some of it and I had never tasted any chicken as good with the seasoning it came with.  I am a bit embarassed to say but I just had to have my fix and ordered KFC.  After three weeks on the road eating Eastern European fare including the desserts, I just had to have my fried chicken from the good US of A. 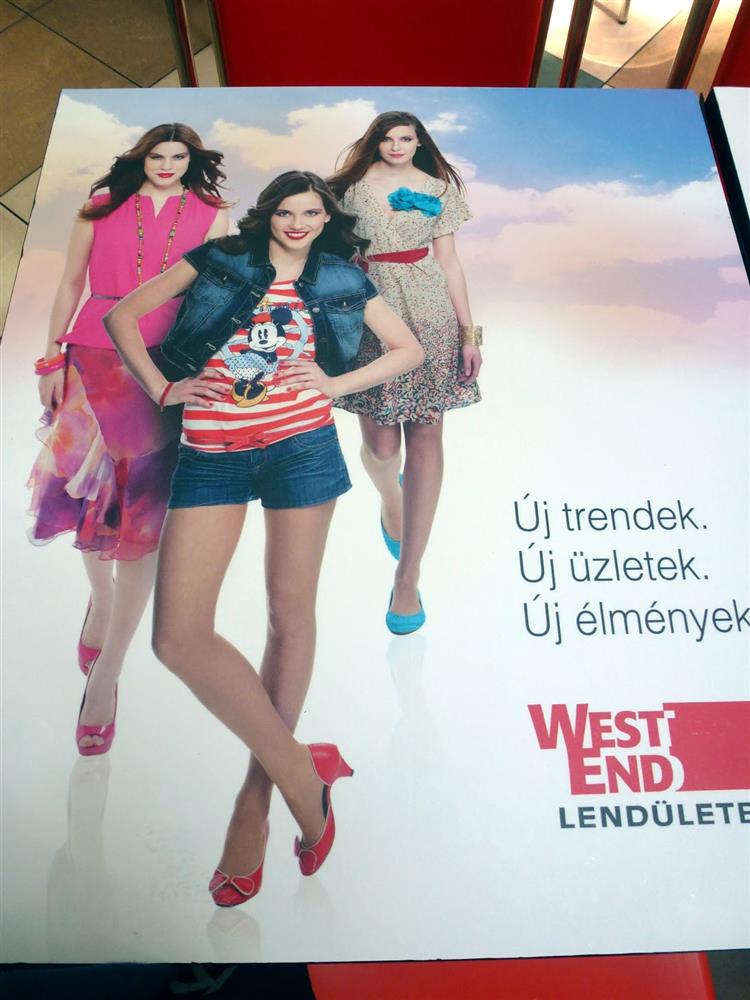 This was our table at the food court. 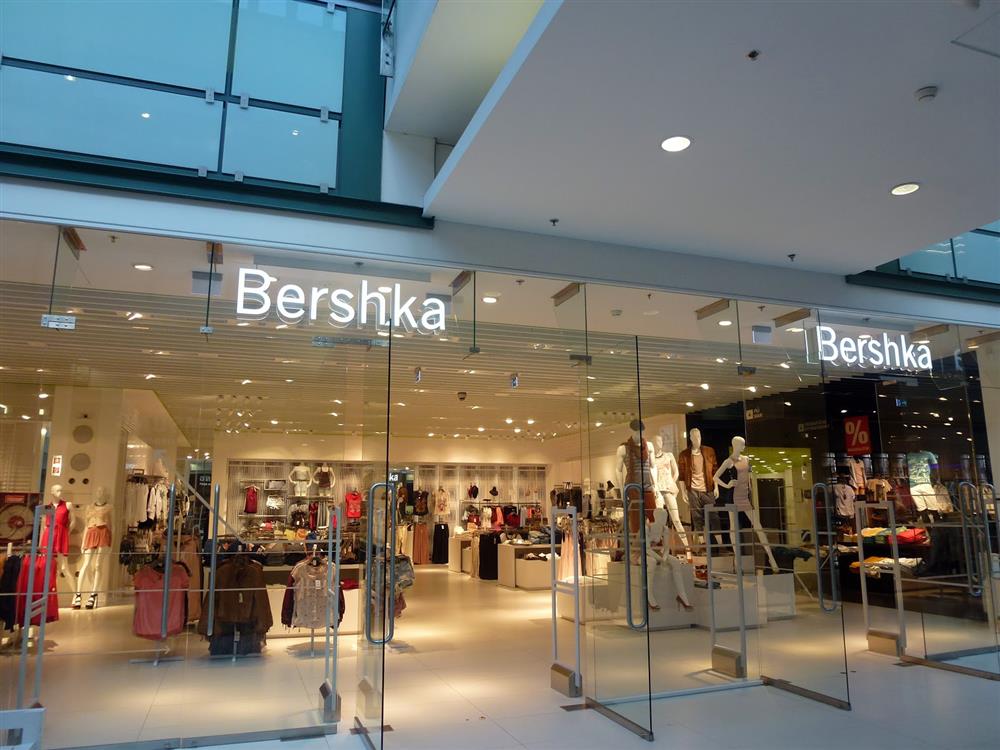 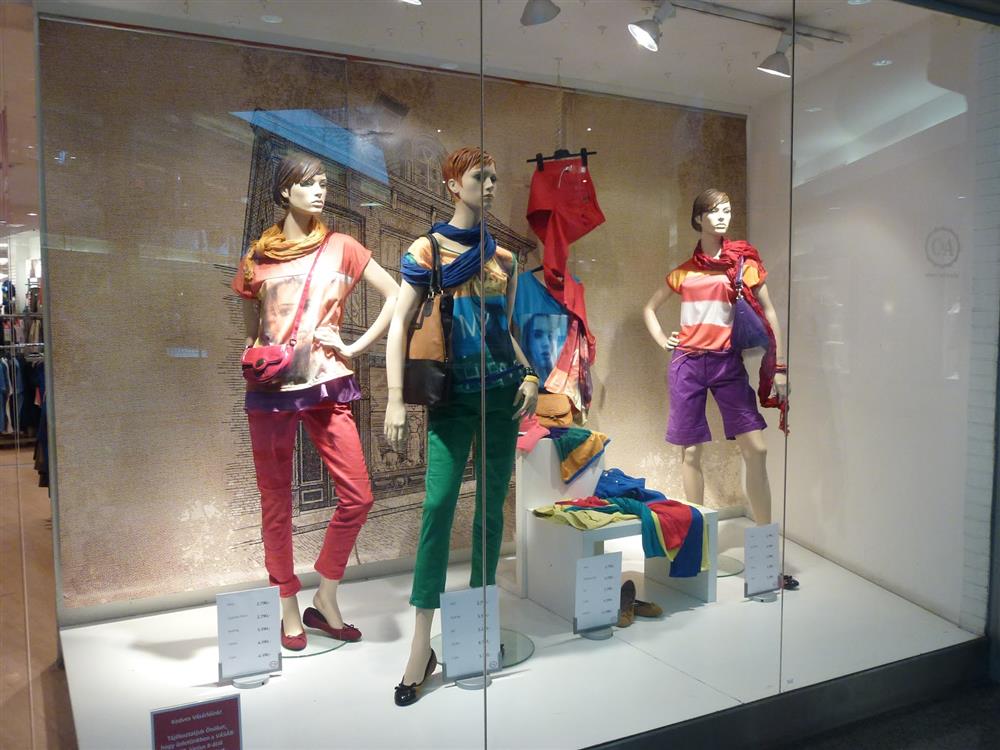 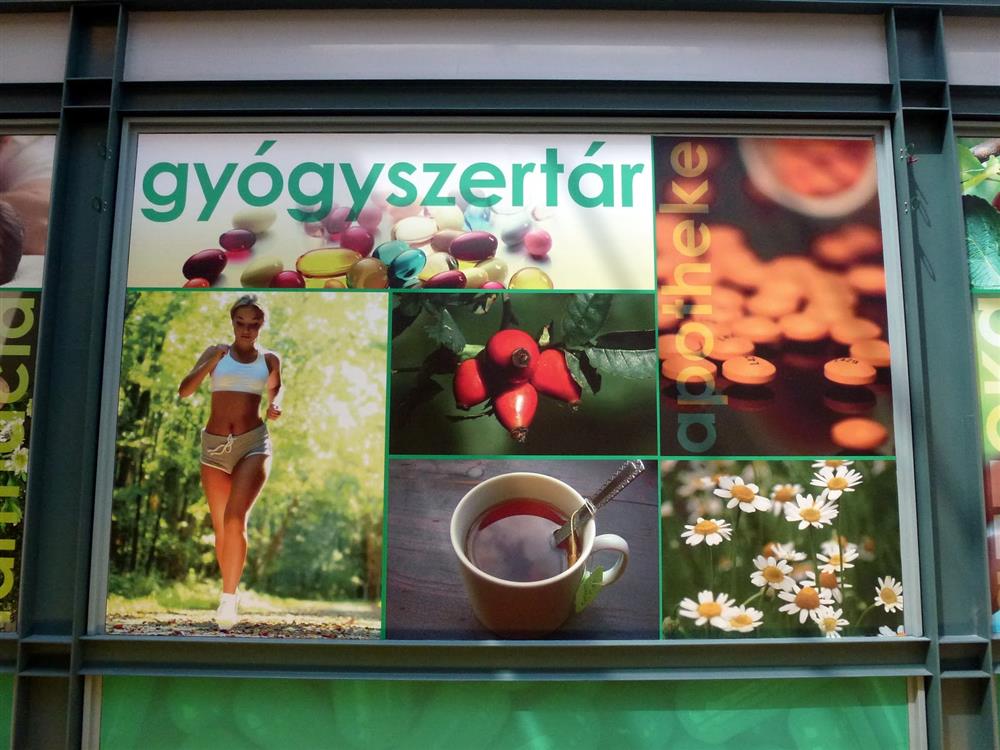 After visiting the mall, we visited the Nyugati Train and Bus Station next door.  It is said that it has the most beautiful McDonald's in the world because of its old world charm and decor.  You be the judge. 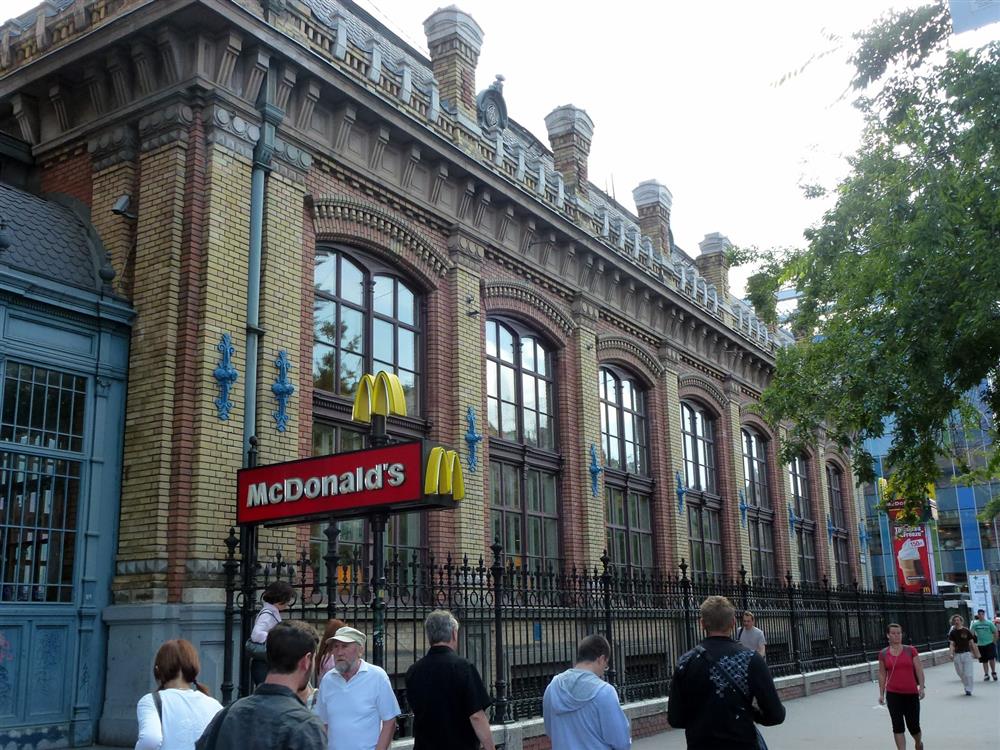 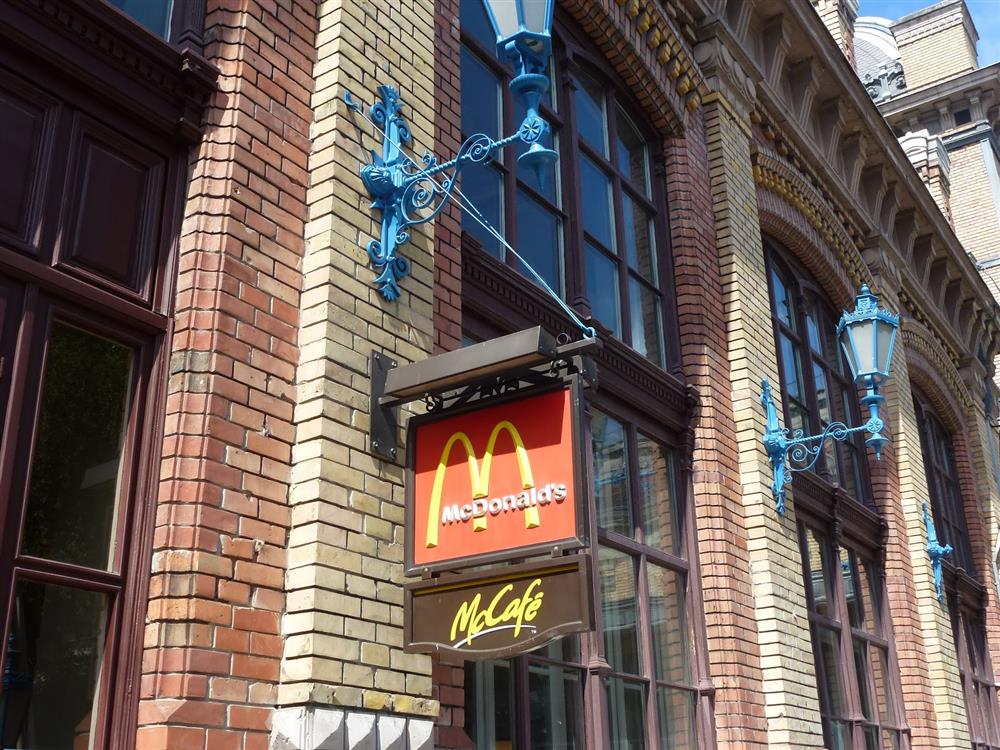 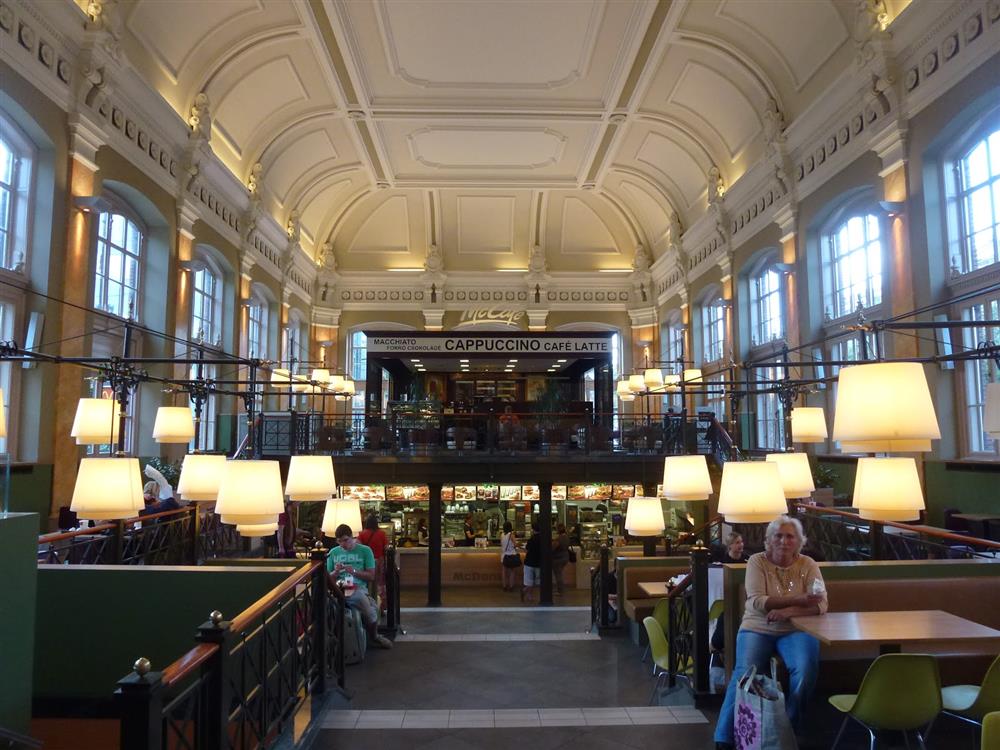 Inside the McDonald's Cafe and Restaurant at the Nyugati Train Station