Over the Valentine's Day holiday, I flew to Las Vegas for the very first time  after so long.  Exactly how long?  I reckon at least five years.  It was also my first travel out of San Francisco to another state by plane since the pandemic began.

I enjoyed the trip so, so much.  This time around, my partner and I stayed away from the Strip and downtown and we decided early on to visit the Red Rock Canyon State Park as well the Valley of Fire instead.  We also managed to visit the Seven Magic Mountains the day we arrived in Sin City.

To be honest, we almost called off the trip when we found out the horrible rates the hotels were charging for their rooms per night.  I couldn't believe hotels like Luxor and Excalibur charged over $200 a night.  The more upscale ones charged as much as $600 per night.  It was simply outrageous.  Luckily, we discovered that we had some credit card points we could cash and they helped lower our expenses.  We did buy our United tickets and we likewise rented a car from Hertz for three days.  All in all, we each spent a total of $250 not including meals.  Not bad. The Seven Magic Mountains.  I first saw pictures of this now famous Las Vegas attraction on Instagram.  It wasn't so far from where we stayed and we were able to visit right away shortly after our touch down in the city. As usual, we flew with our favorite airline, United!

The rock formations in Red Rock were simply breathtaking.

It was so wonderful to visit the Red Rock Canyon this time around.  We had always seen it from afar and from the freeway every time we drove around the Summerlin area of Las Vegas.  Was it such a treat! 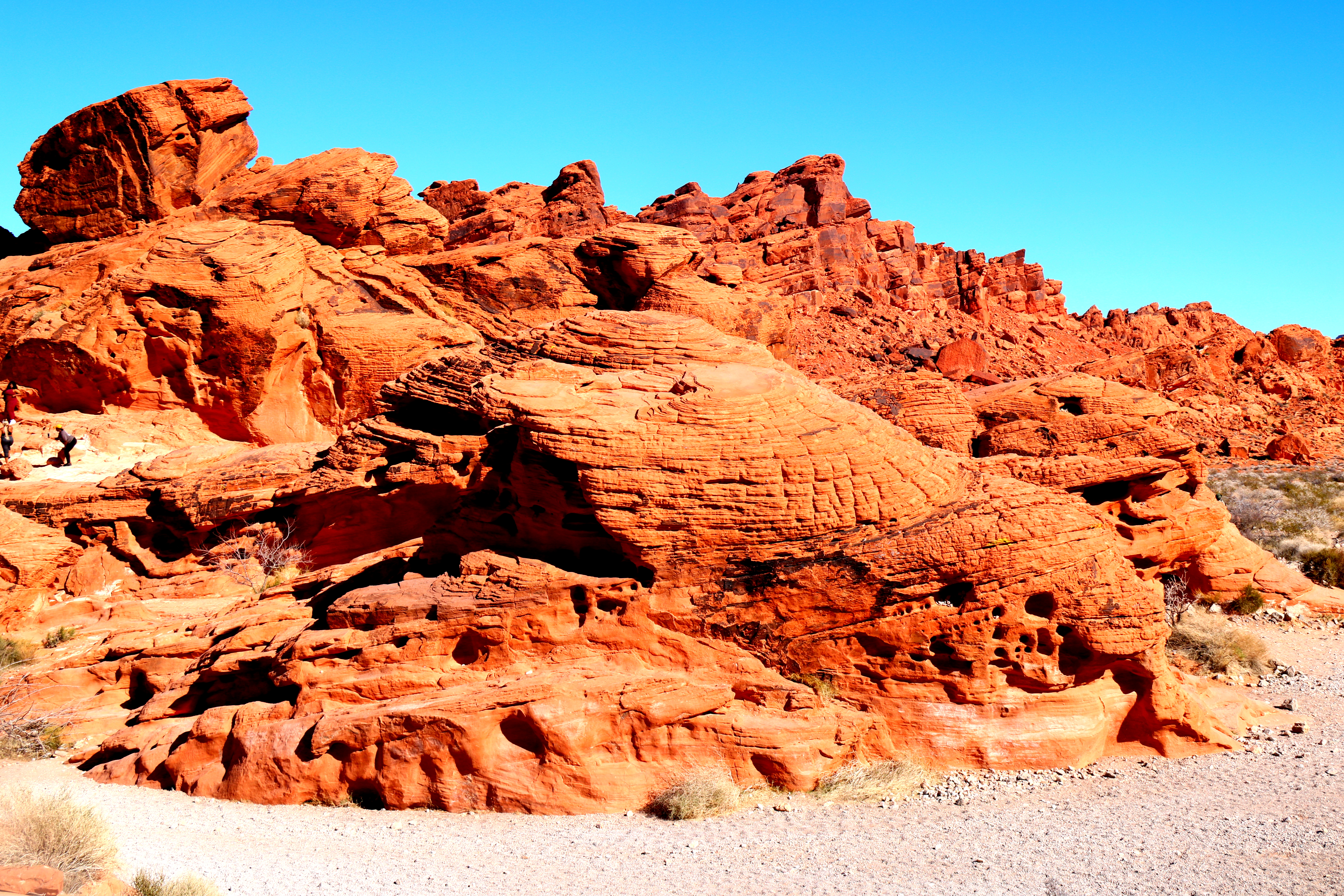 The Valley of State Park was our destination in the afternoon of our first full day.  It was not that close to the Strip and was a 45 minute drive.  Anyway, the drive wasn't too long.  The traffic wasn't so bad either.

Me at Valley of Fire State Park 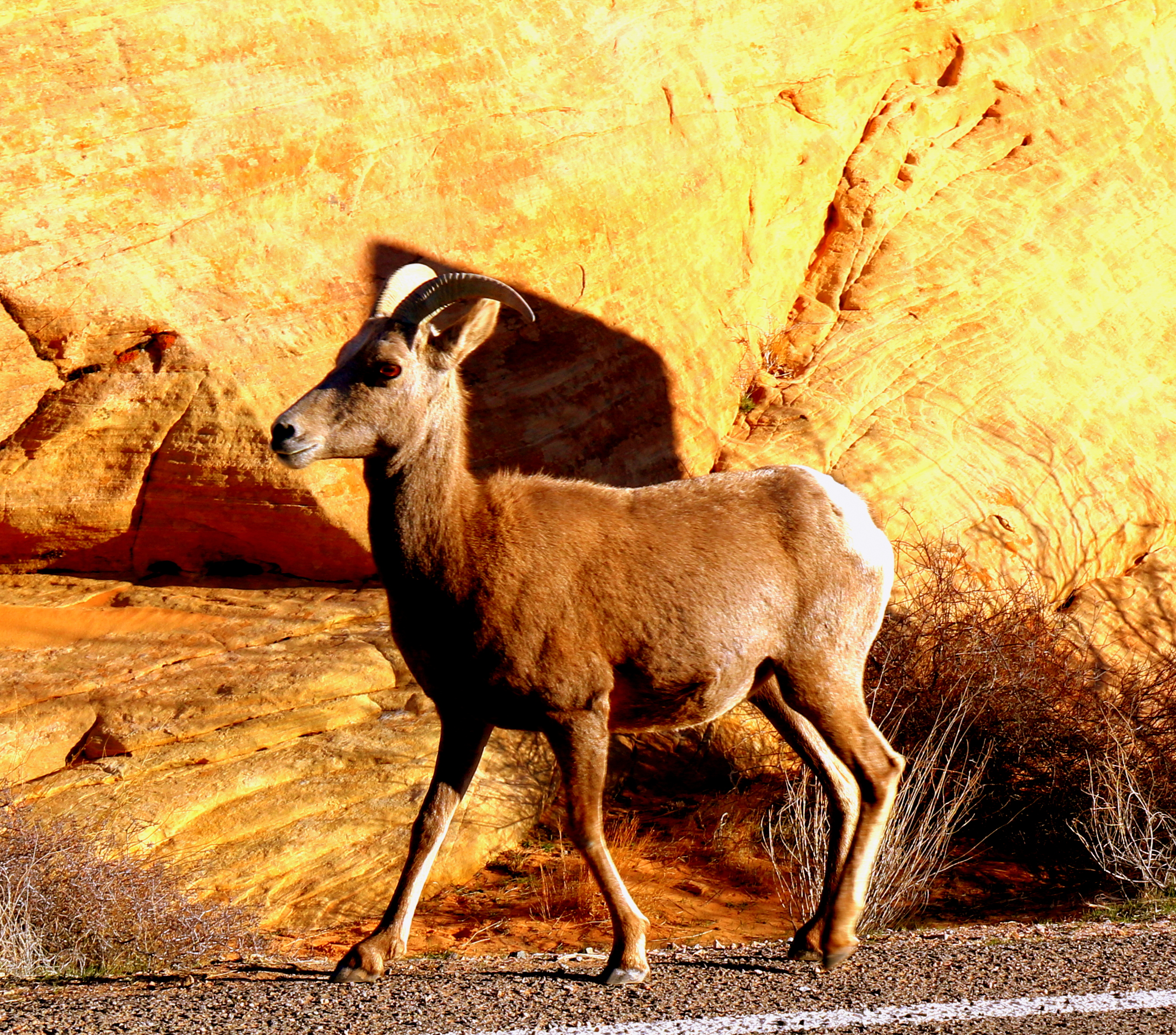 We got lucky when we spotted a number of Bighorn sheep.  Surprisingly, they didn't run away when we went up close to take pictures.  It was my first time to see some. 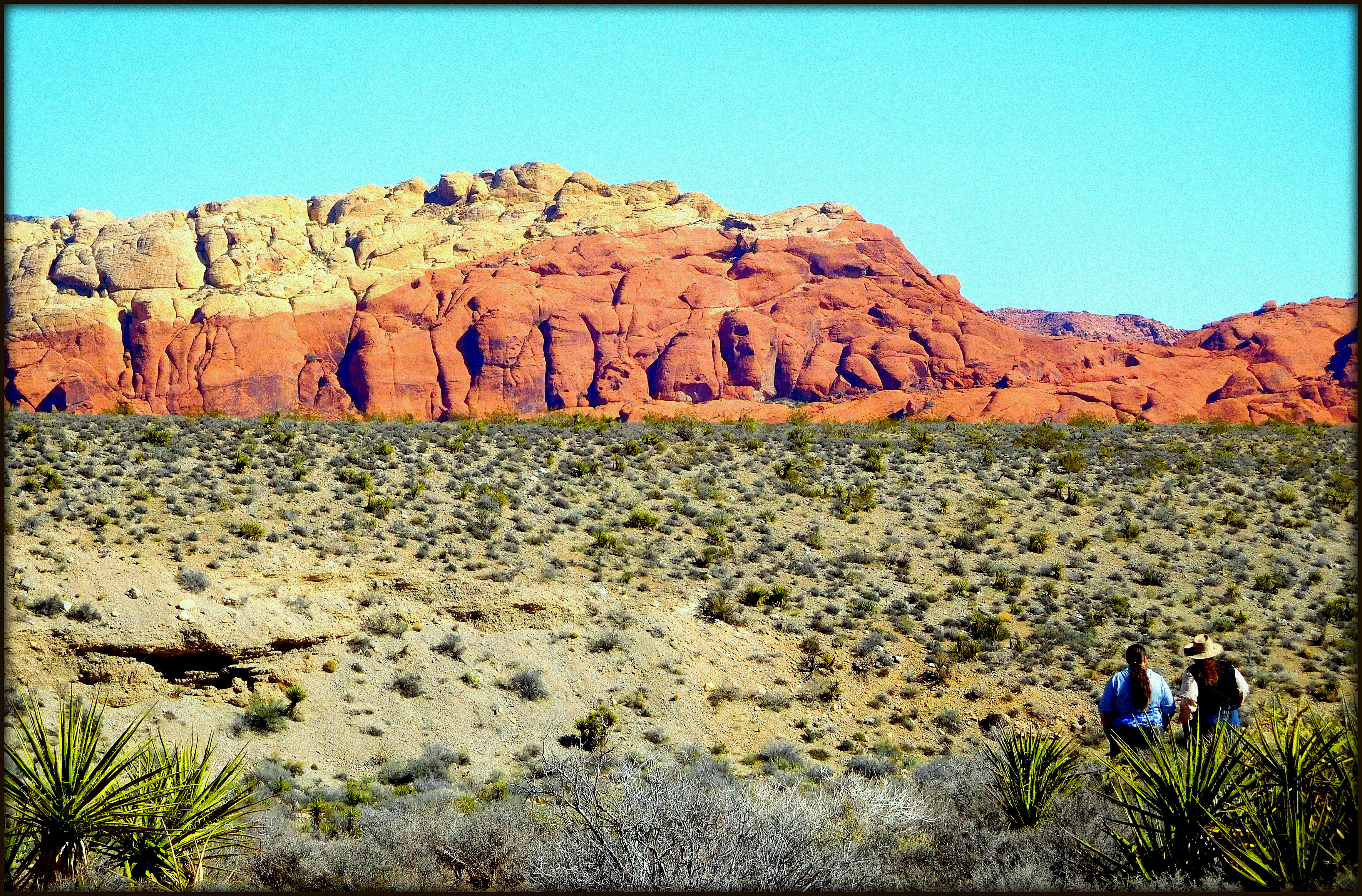 I really liked how this picture came out.  I actually posted this picture on my IG account.  I like the image of the two women in the foreground.  Their small size compared to the background gives an idea how huge park was.  To think, this was just one of the numerous stops in the park.