Right by the waterfront of Willemstadt is Fort Amsterdam.   It was constructed in 1634 by the Dutch West India Company (DWIC) and served not only as a military fort but also as the headquarters of the DWIC.  It currently serves as the seat of the government and governor of Curacao.

We were in luck this time.  Its Fort Church was open and we were able to go in.  If I am not mistaken, we had to pay an admission fee of $2.  Anyway, mass had just been celebrated and all the people we saw inside were Dutch.  There was a small museum and and we were likewise told to take a look at the cistern which in the olden days was used to collect rainwater. This is the main facade of Fort Amsterdam 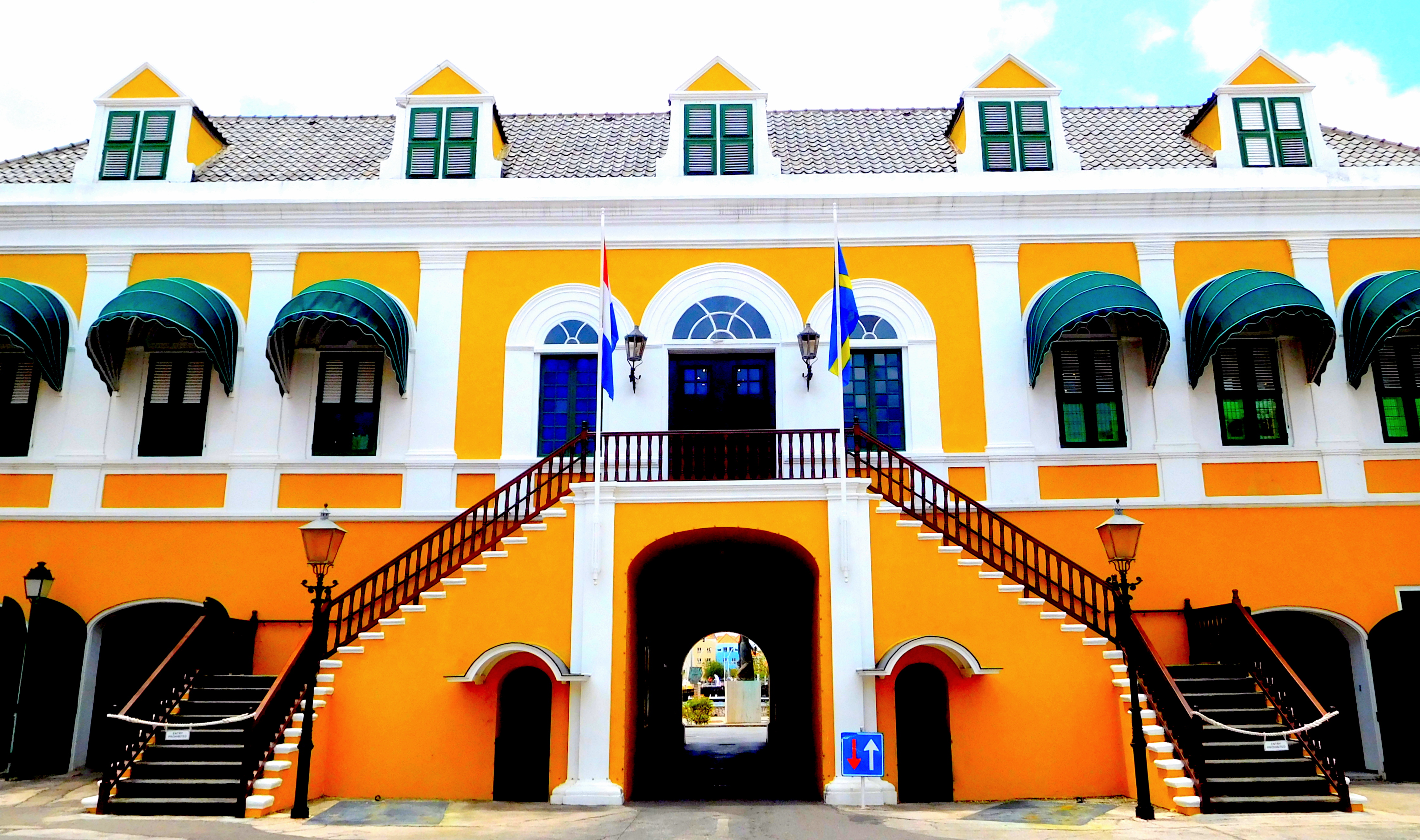 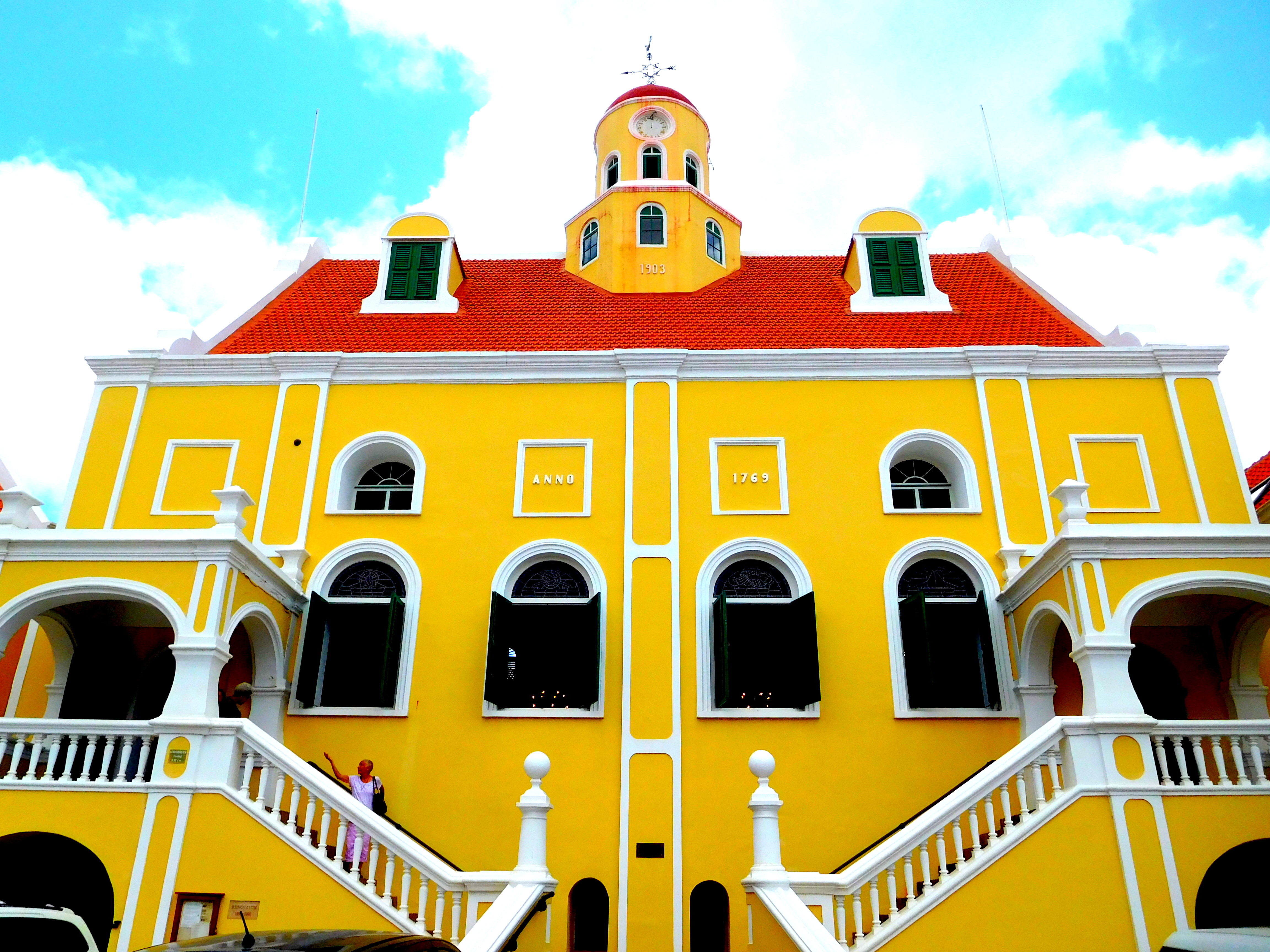 Now, this is the Fort Church within the vicinity of Fort Amsterdam.  This church is still active and in regular use.  Tourists are charged a small fee to get in but the visit was well worth the time we spent here.

A view of the church organ 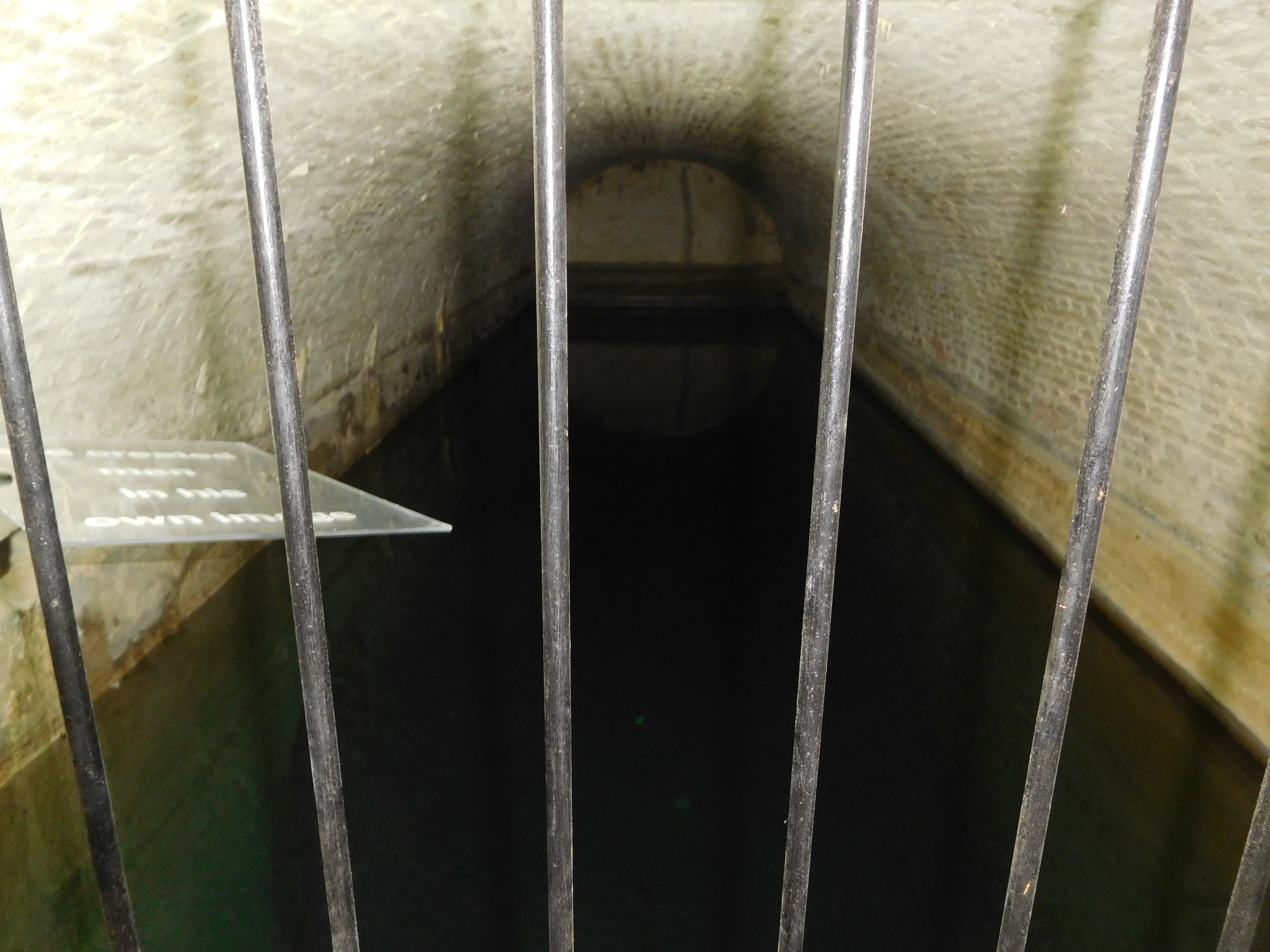 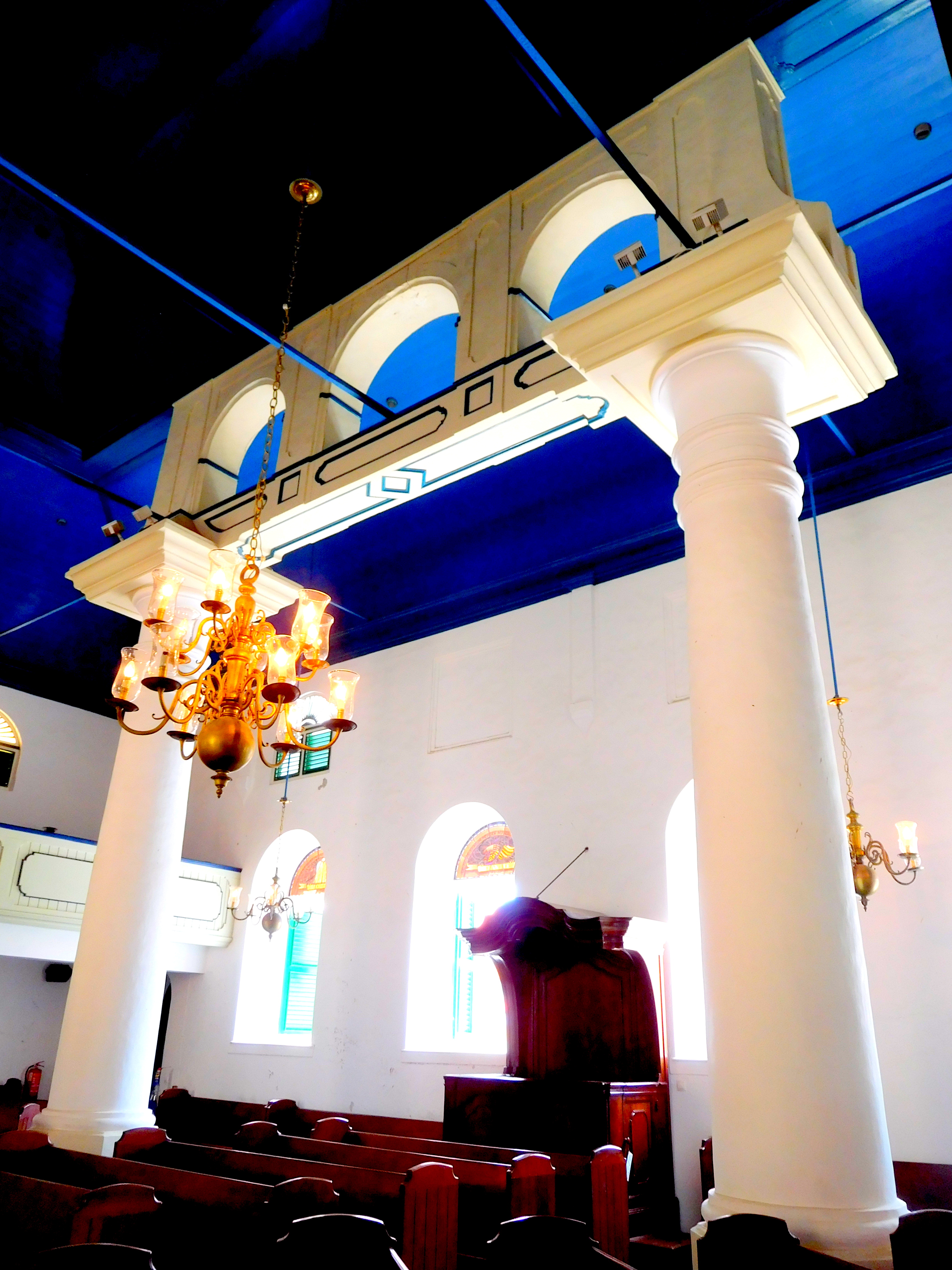 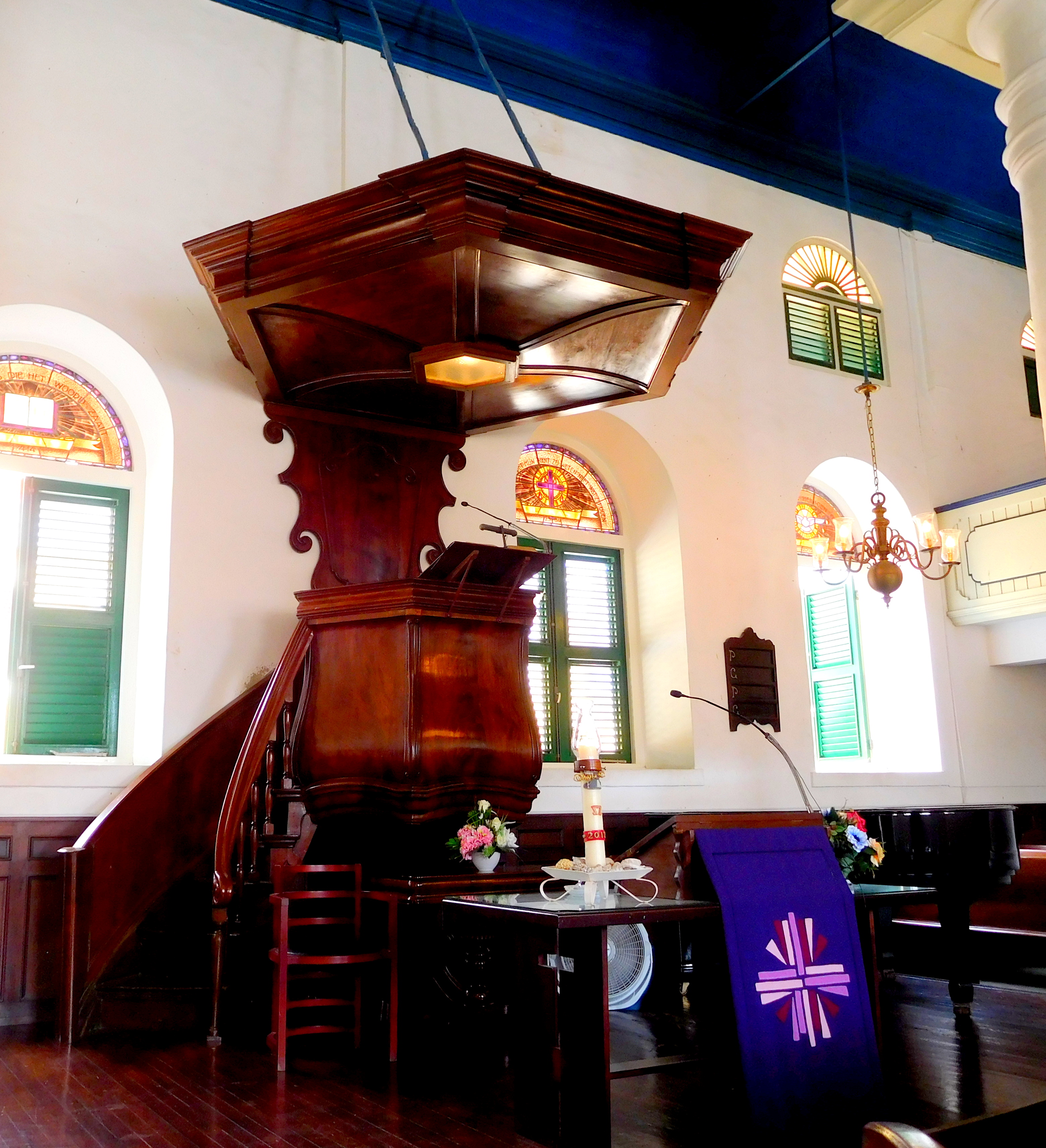 Where the pastor preached