It was quite disheartening to see the Plaza de Armas fenced off to the public on our first visit to the area. I had so wanted to walk around the square even before I left for Peru.

Apparently, the government didn't want any problems with hundreds of workers demonstrating at the nearby Plaza San Martin. There was a huge police presence all over the square ready to stop anything untoward from happening.

Luckily for us, even though the square was still closed to the general public when we returned for a second visit, tourists like us were allowed to enter and tour around.

The Plaza de Armas was no doubt very imposing and beautiful. I loved the historic look and the very strong Spanish influence. On the day we returned, we visited the Archbishop's Palace and even had lunch at a Peruvian restaurant right next door.

I don't remember the restaurant's name anymore but Marc ordered a hamburger steak like dish while I ordered chicharron de pollo or fried chicken over rice. Our bill was a mere 51.50 soles or less than $20!!!

Shortly thereafter we walked around the square some more, visiting souvenir shops. The last thing we did was visit church a couple of blocks away from the square. 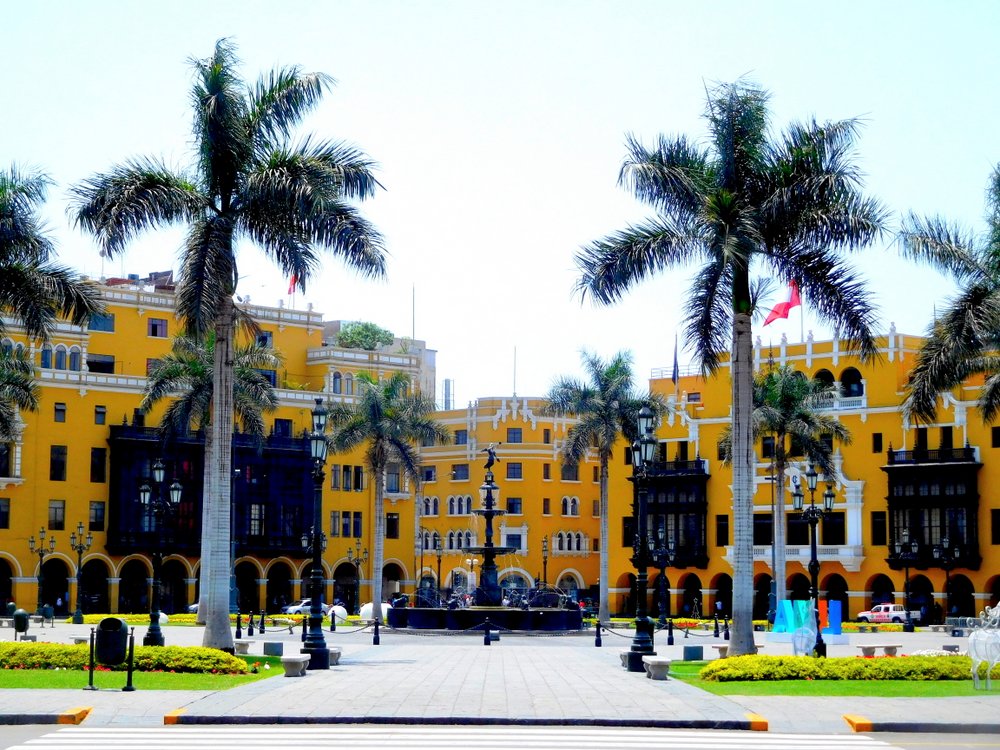 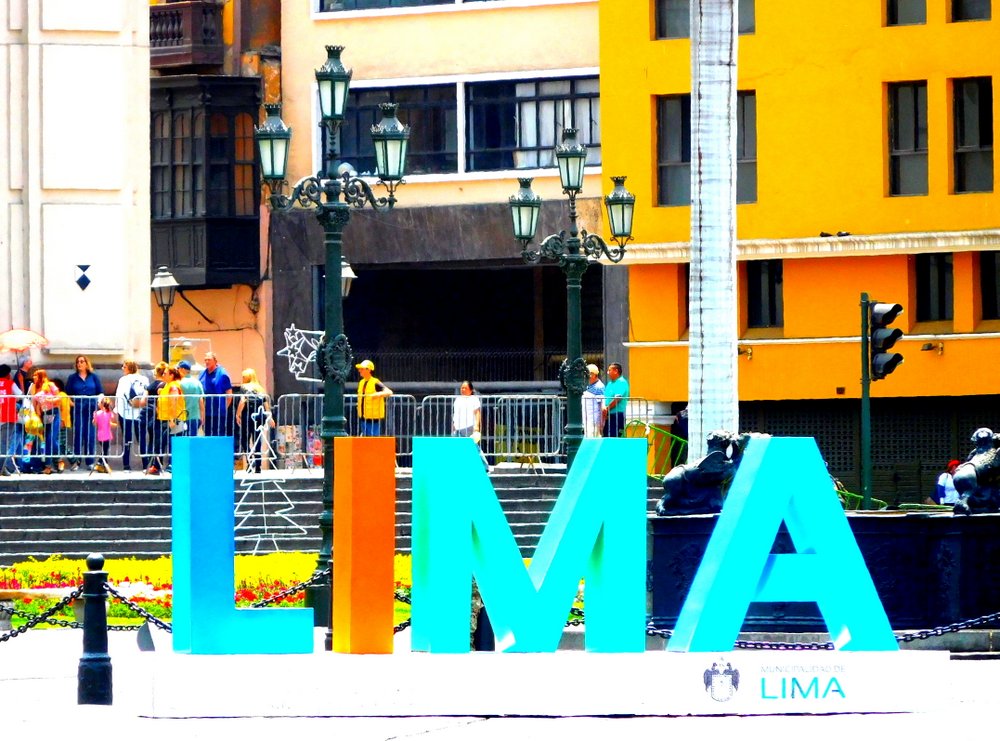 I still can't believe I've been to Lima 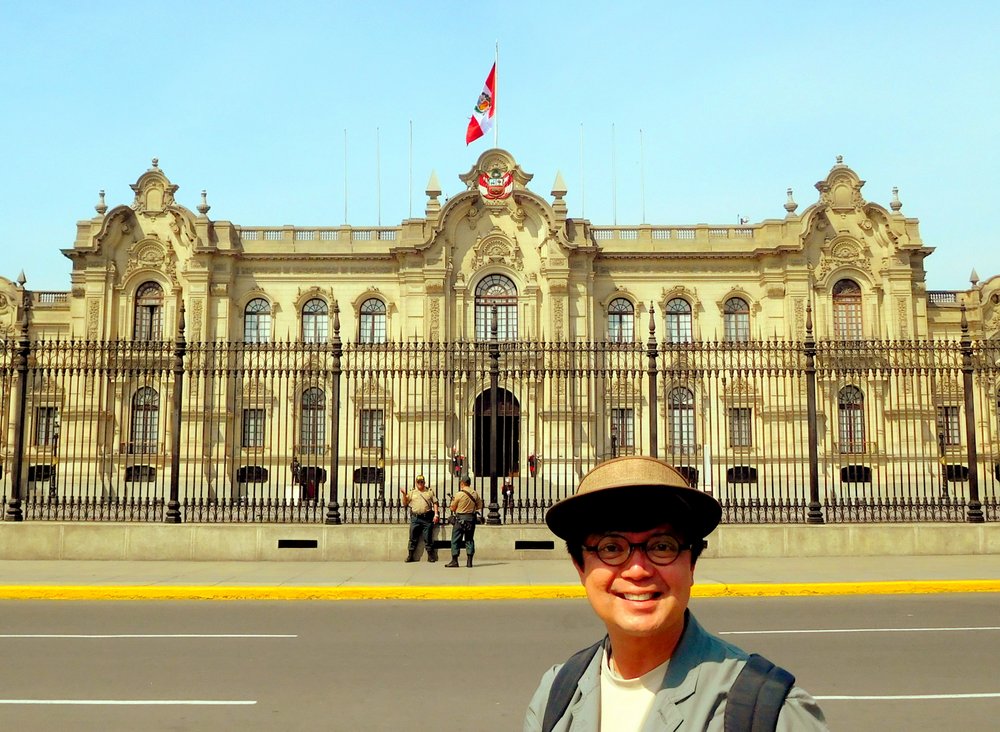 Me in front of the Presidential Palace 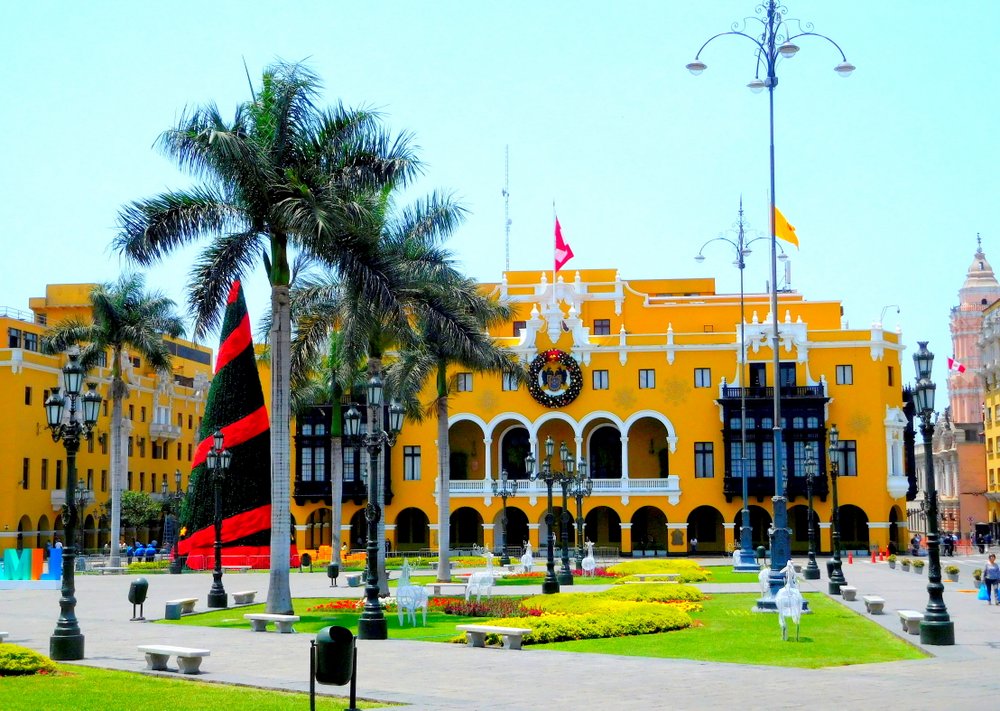 My Marc at Plaza de Armas! There was a ban playing wonderful music for the visitors to hear and listen to. I actually felt like dancing when I heard the sounds. It was old music that was modernized. Truly a treat! 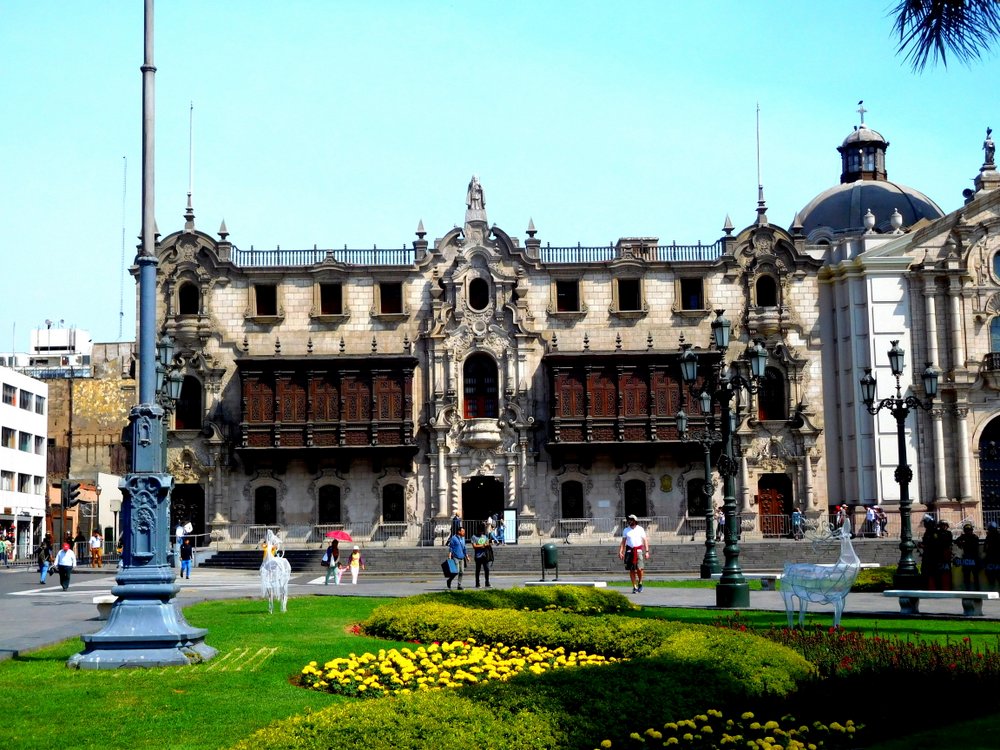 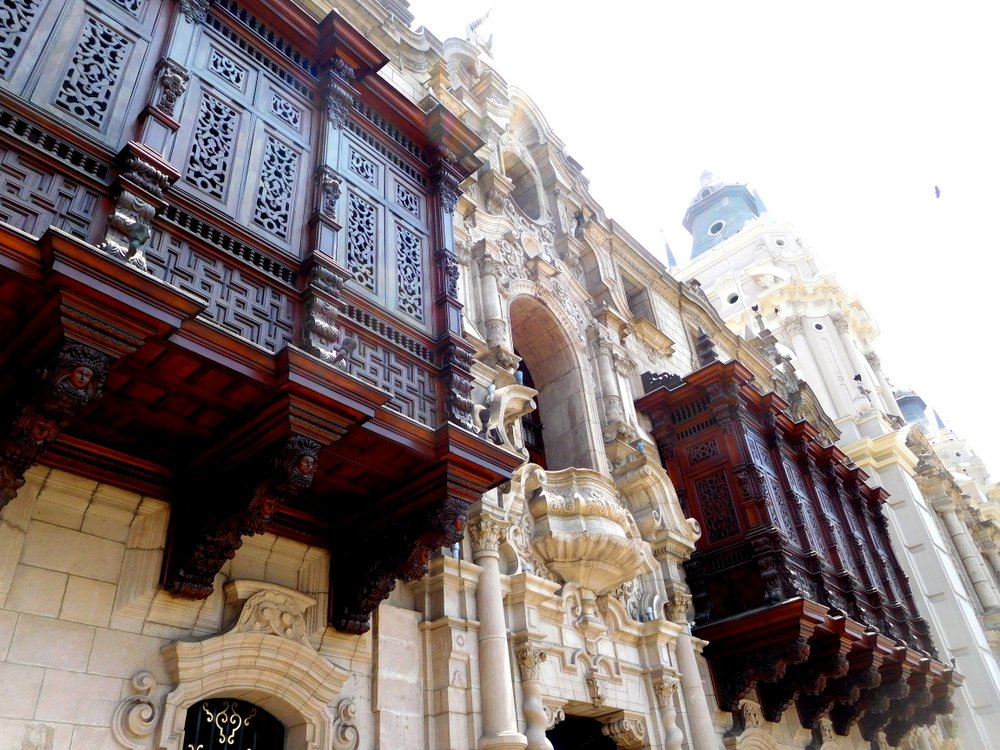 The beautiful balconies of the Archbishop's Palace 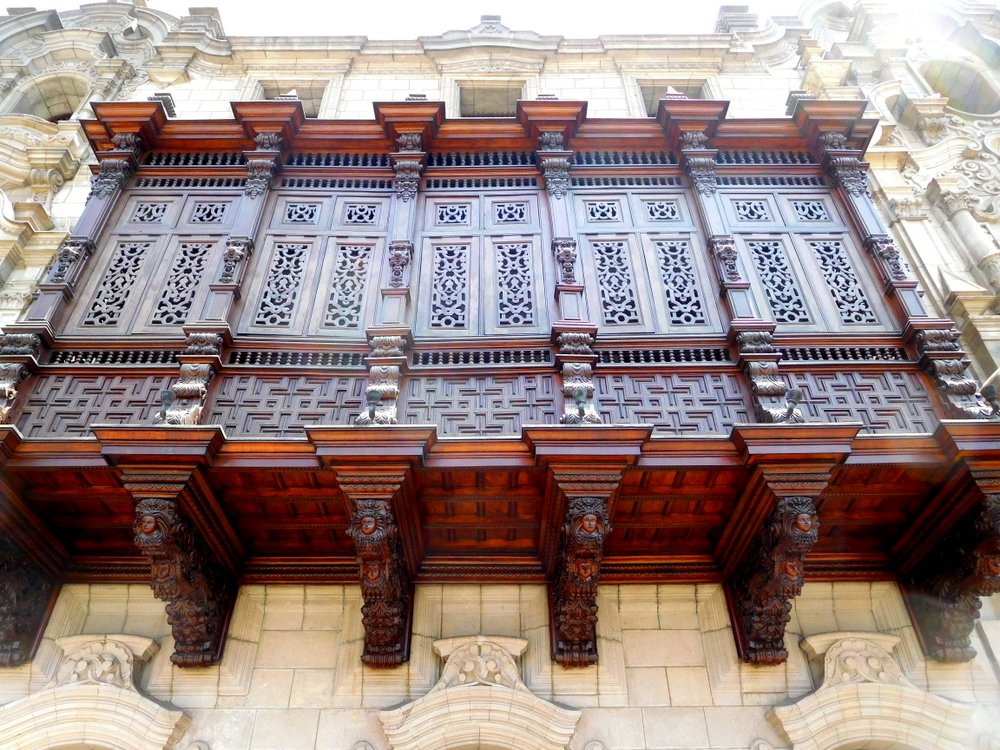 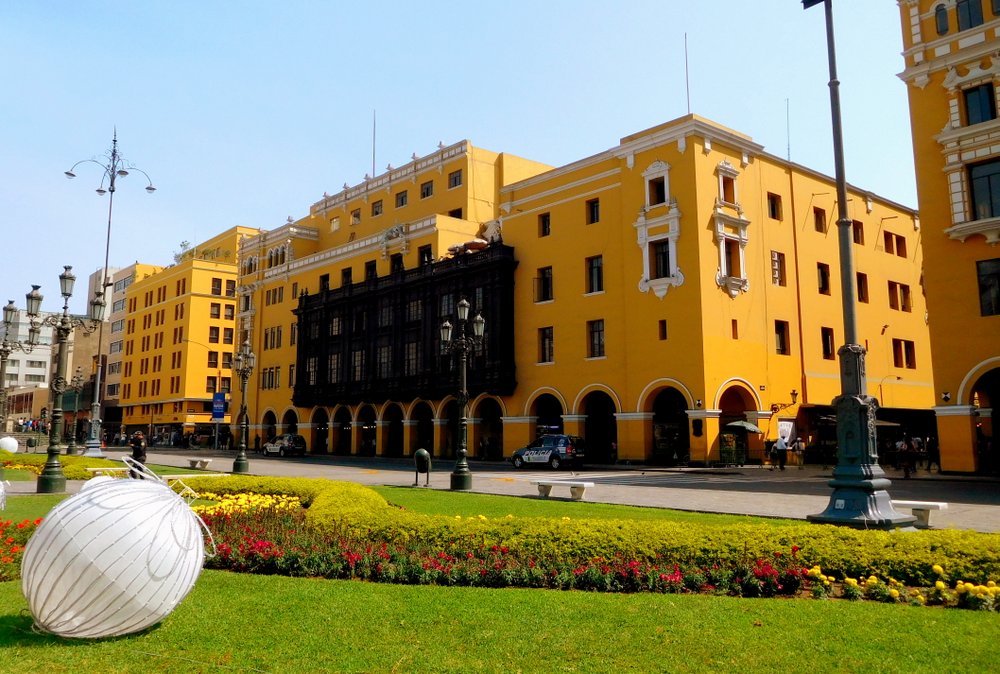 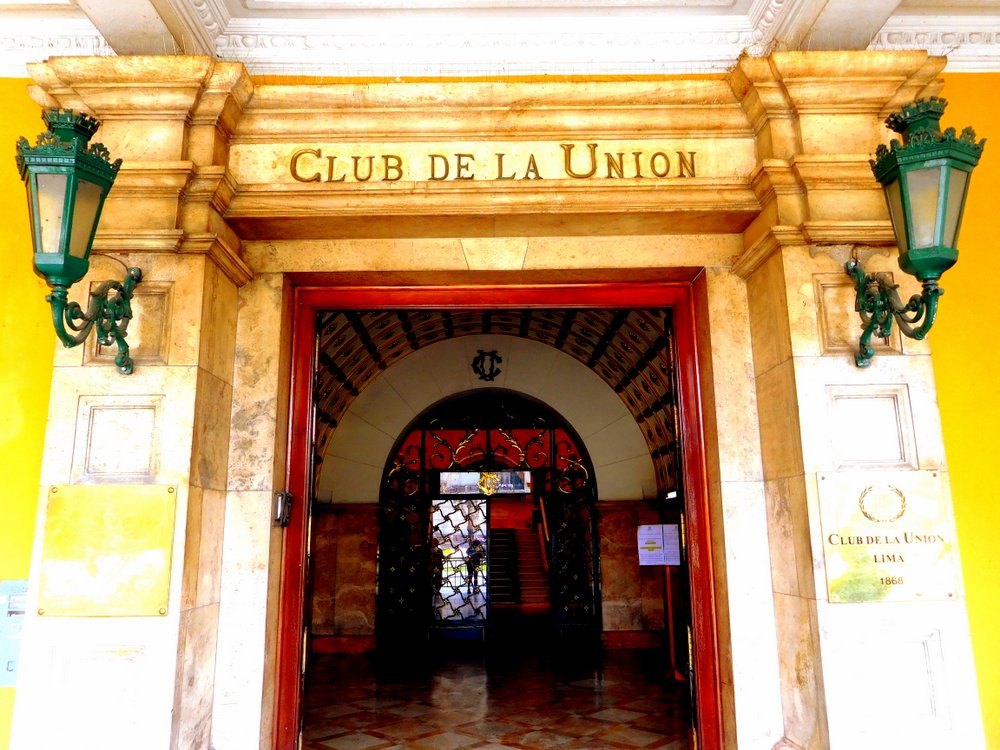 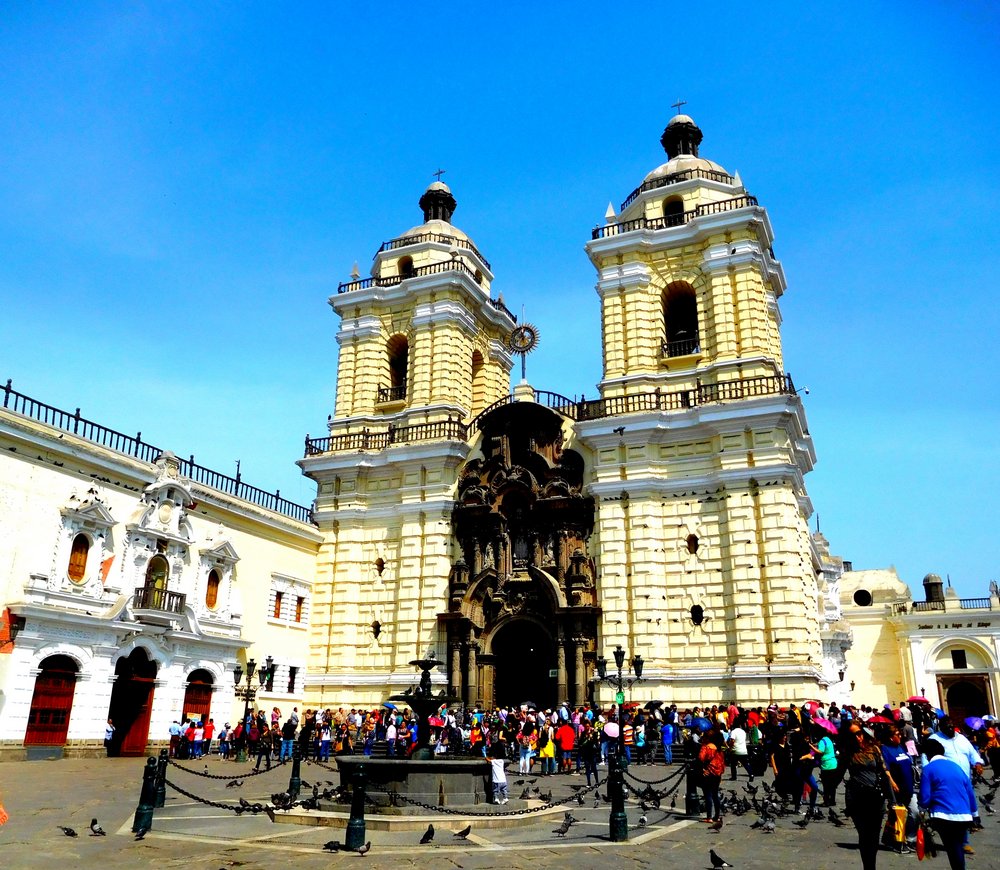 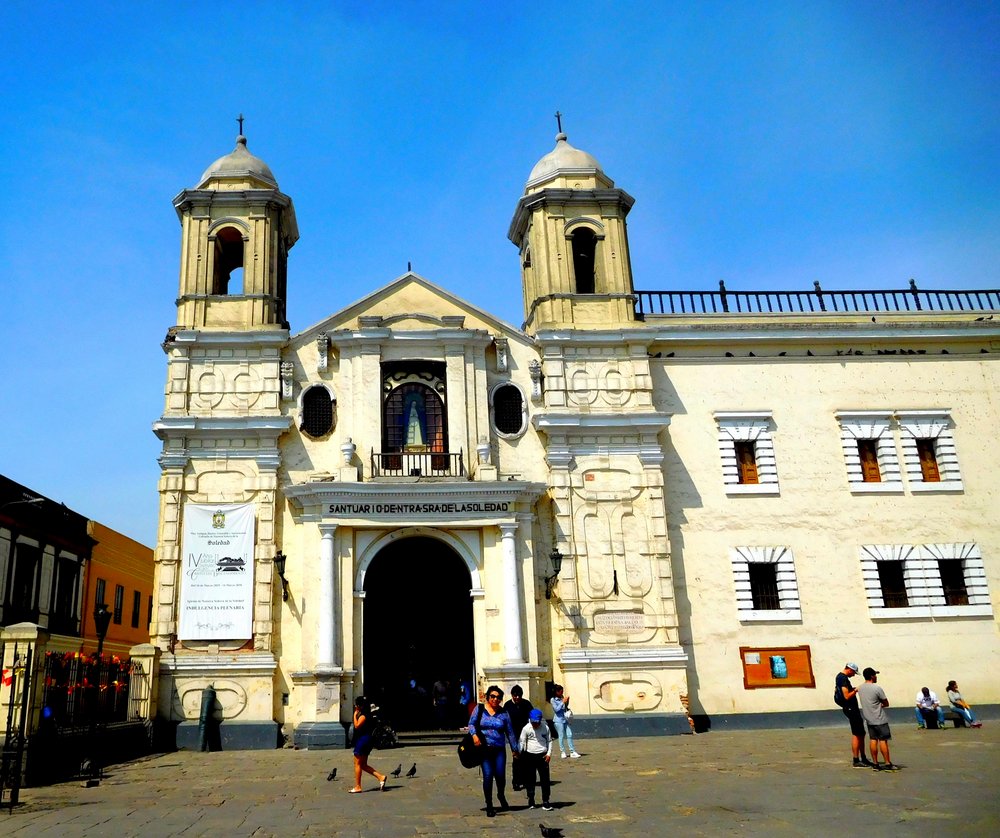 The Iglesia de San Francisco was big. It consisted of two buildings. This was the other part right next to the main church.