The Parliament Buildings on the Stormont Estate

There were a number of standouts during our trip on board the HOP ON HOP OFF bus right from the Belfast City Center. The first was the city section where we saw the murals and memorials right after the Titanic stop. The second was the Irish Parliament, third was the Queen Anne University, while the last but not the least was Falls Road where I saw lots of Murals from the seventies and eighties when war between the Unionists and the Republicans took place.

Anyway, as soon as our hour and a half long tour was over, I knew we just had to go back and revisit these places and we did. The first we visited in detail was the Irish Parliament building.

As you can see from the pictures, there were very few people at the site of the Parliament building. Besides a handful of tourists (meaning a total of seven that included us), there were two joggers, and a lady who was walking her dog.

It was a weekday and so we were wondering why there were hardly any people particularly employees or workers at the building. Anyway, isn't the place grand? The long ride from the main gate or entrance up to this landmark was even more impressive.

The Irish Parliament in Belfast 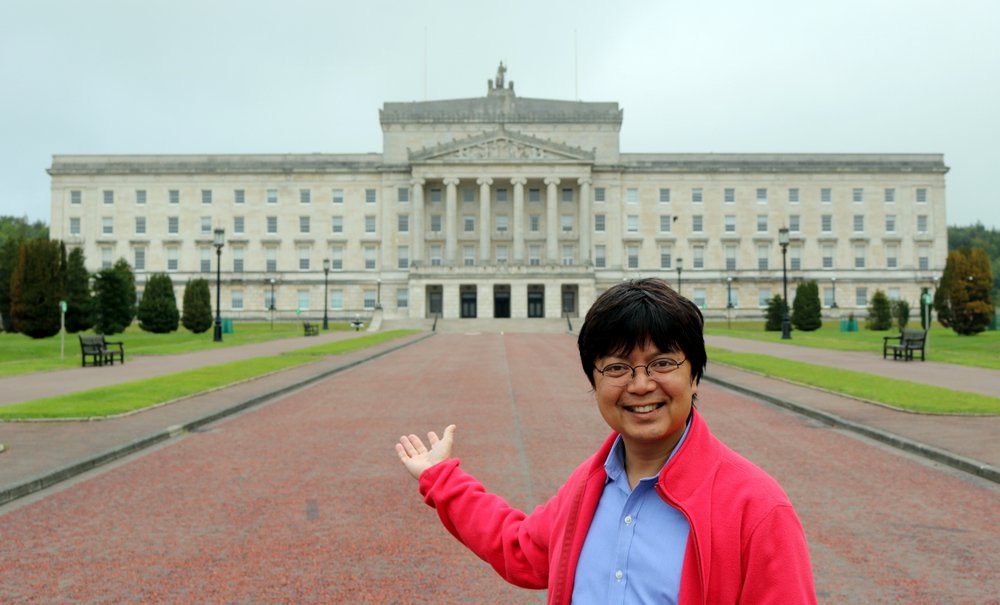 There you have it, the Northern Irish Parliament Building in Belfast in all its splendor. 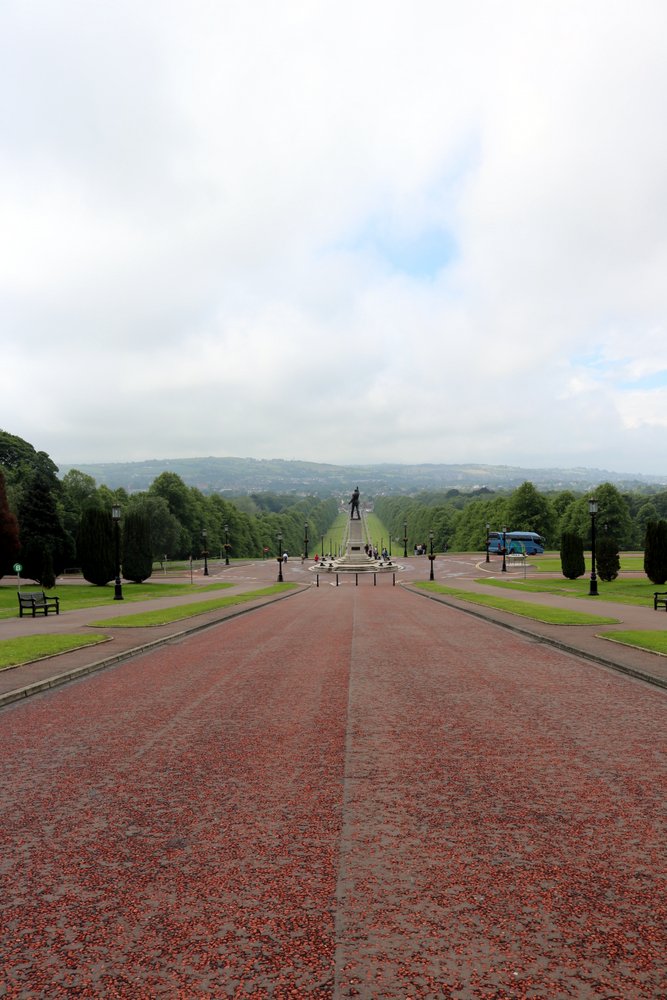 This is a view of the long grand entrance to the building. 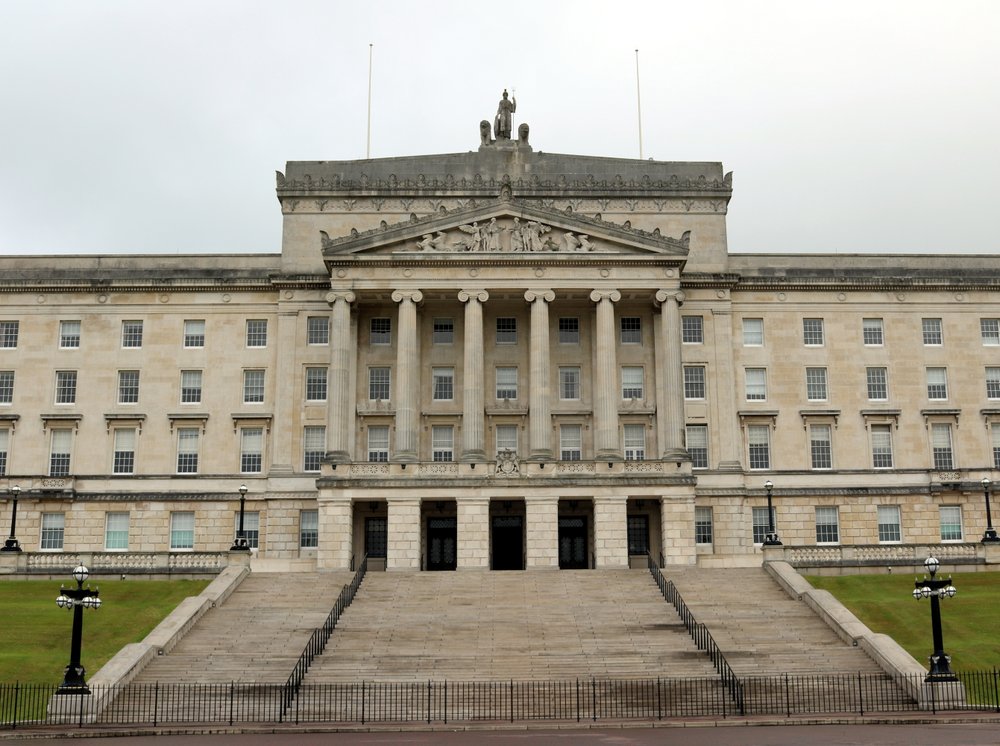 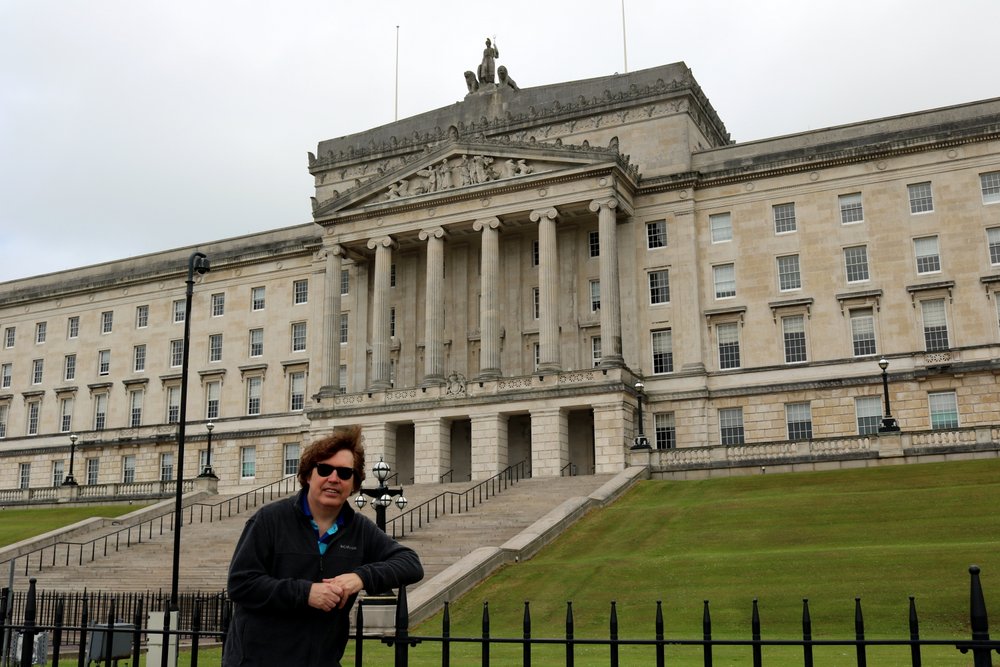 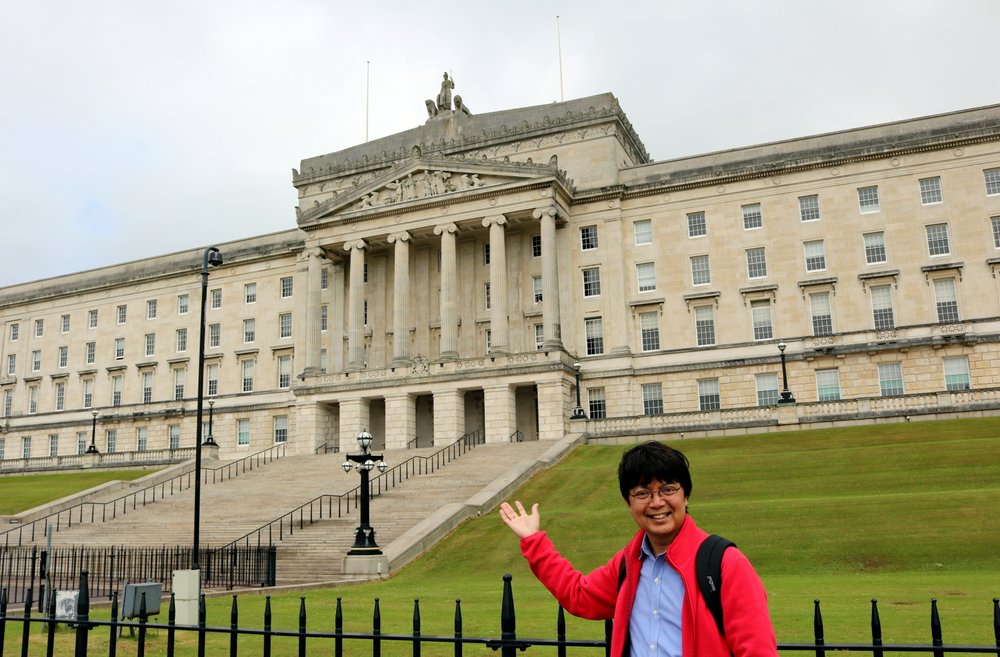 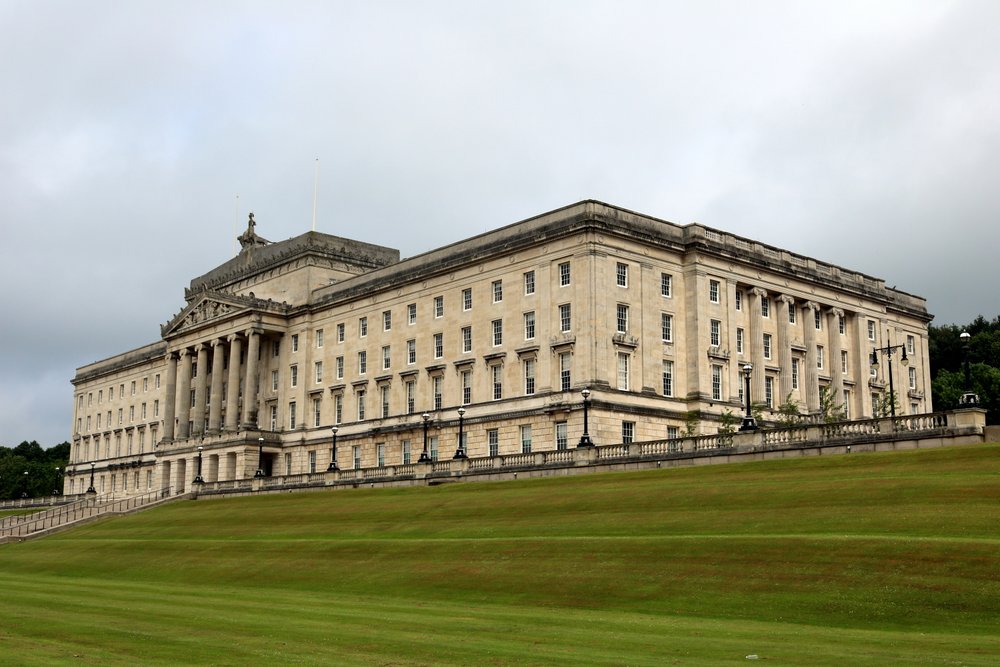 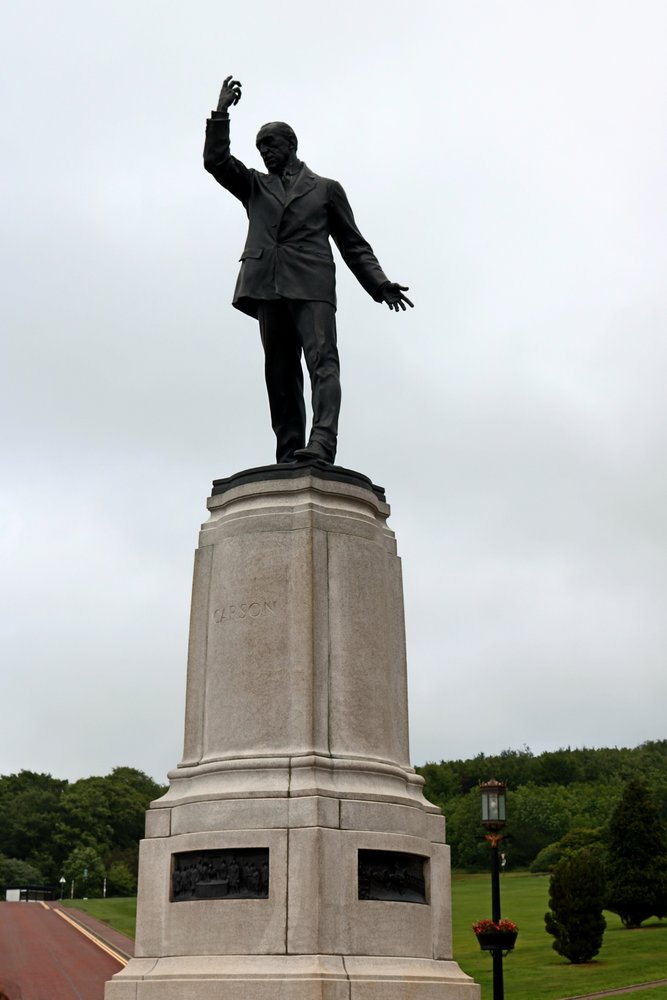 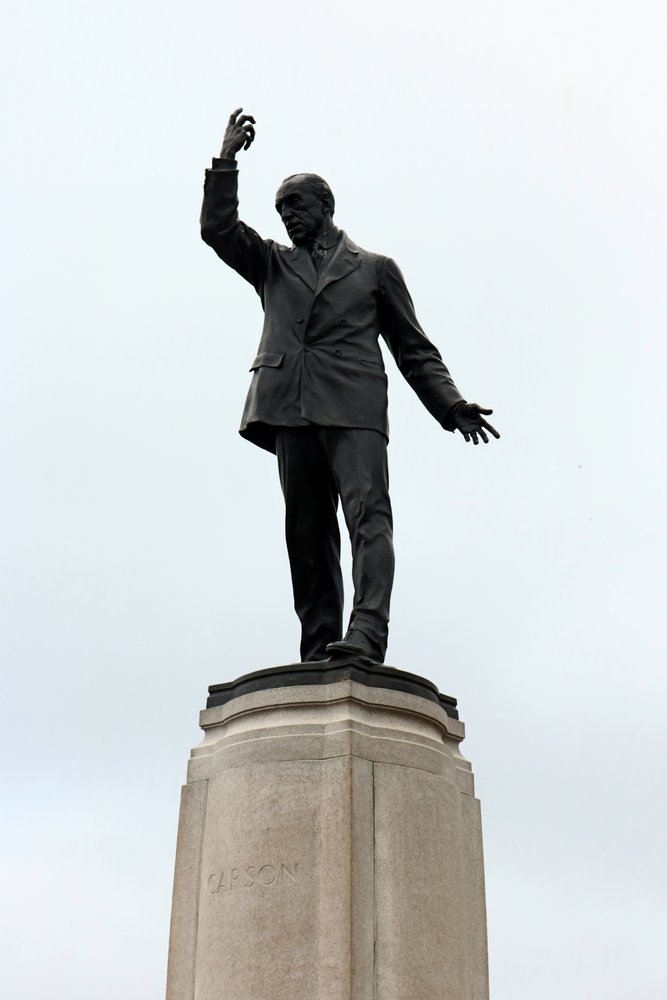 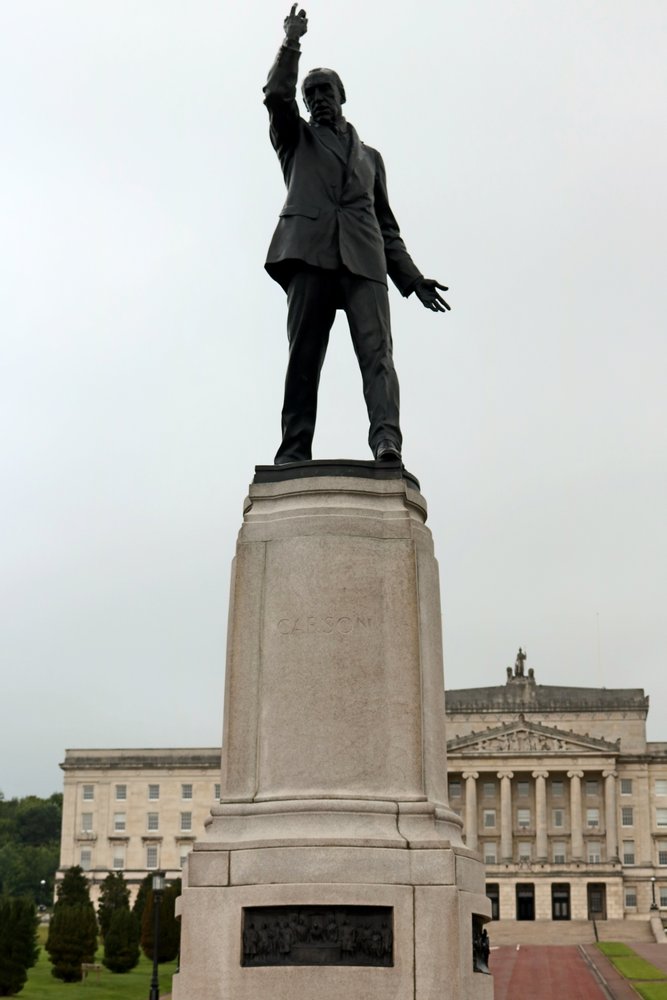 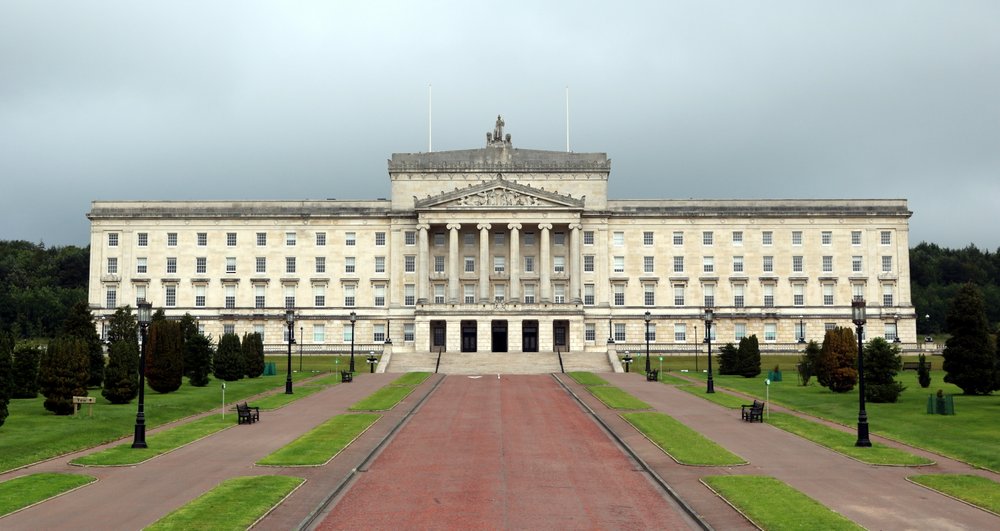