Our Arrival in Belfast

From Dublin, Marc and I took the Irish Rail train to Belfast at 1:30 pm. We were so glad the middle aged male employee at Heuston Train Station advised us to buy our tickets online instead of buying it in person at Connolly. That way, he said, we could avail of a 50% cut in fare. True enough, had we bought our tickets from the vending machine at Connelly Train Station, we would have had to pay 38 Euros each. Online, we had to pay a total of 38 Euros for both of us. That meant, the fare per person was a mere 17.50 Euros. What a deal!

We chose the train that left Dublin at 1:30 pm. That way, we arrive at our destination way past the 2 pm check in time many hotels worldwide strictly follow. After two hours, we arrived in Belfast. The train ride was very smooth. We knew we arrived in a rich country. The train station was modern and the area right around it was well developed. We just walked to the hotel and it took us no more than 20 minutes tops. It was a straight walk. I must confess, compared to the three years Marc and I traveled in Eastern Europe, I was not nervous nor stressed traveling here in Northern Ireland.

Shortly after check in, Marc and I left the room right away to explore and sightsee. I must confess, we didn't read up on the city's sights and attractions and so we had no idea what to look out for this afternoon. We simply walked around and began taking pictures of beautiful buildings and monuments. 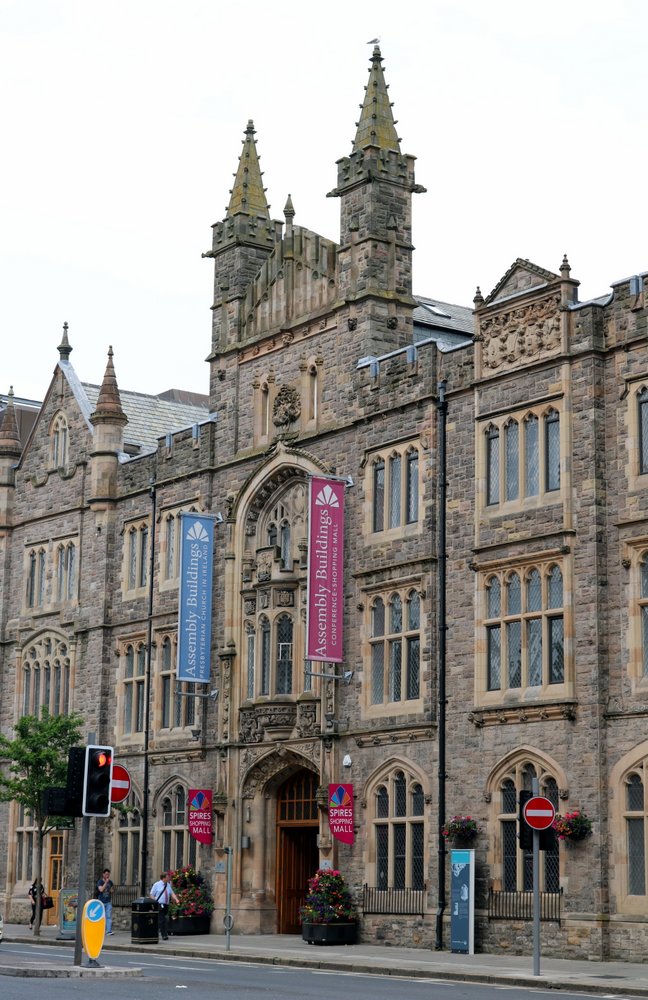 The main façade of the Presbyterian Church of Ireland 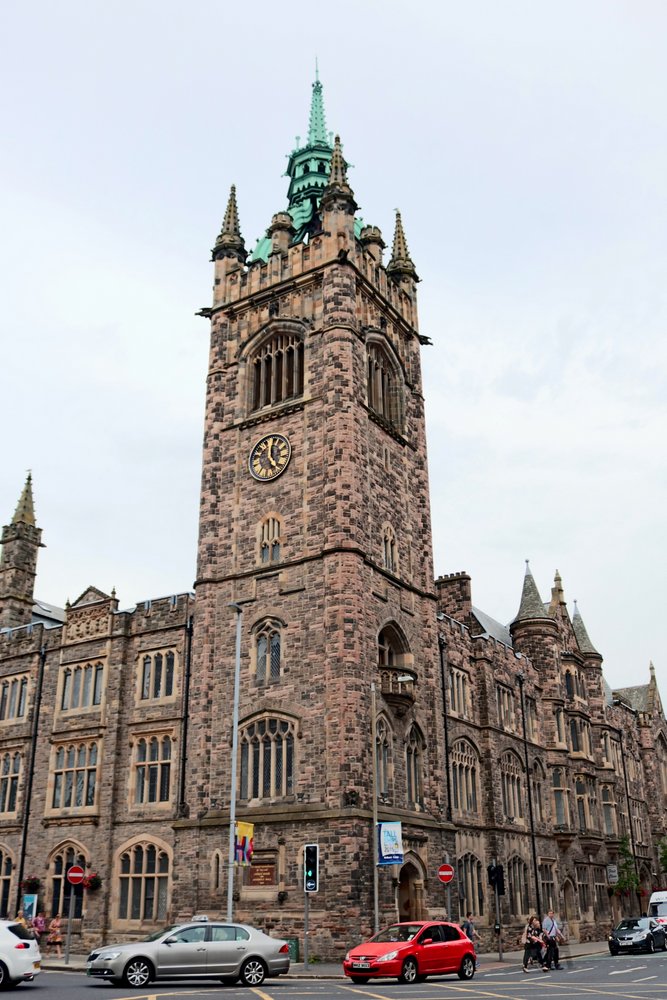 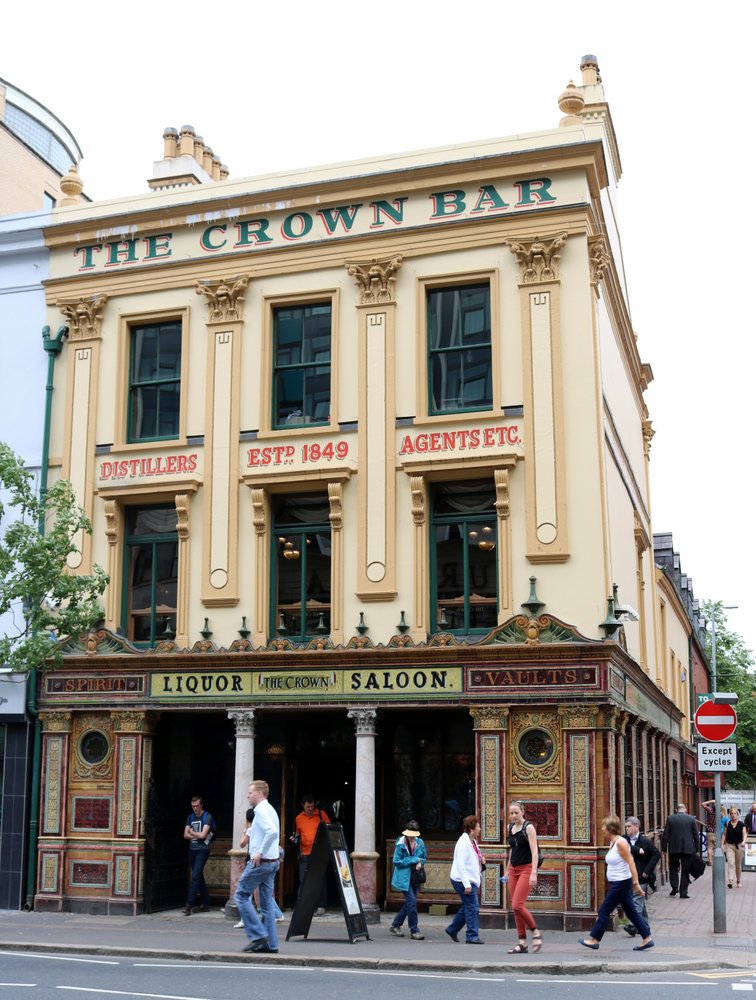 The Europa Hotel, said to be the most bombed hotel in Belfast. If I am not mistaken, our tour guide on board the Hop On, Hop Off Bus, stated that this was bombed 29 times. 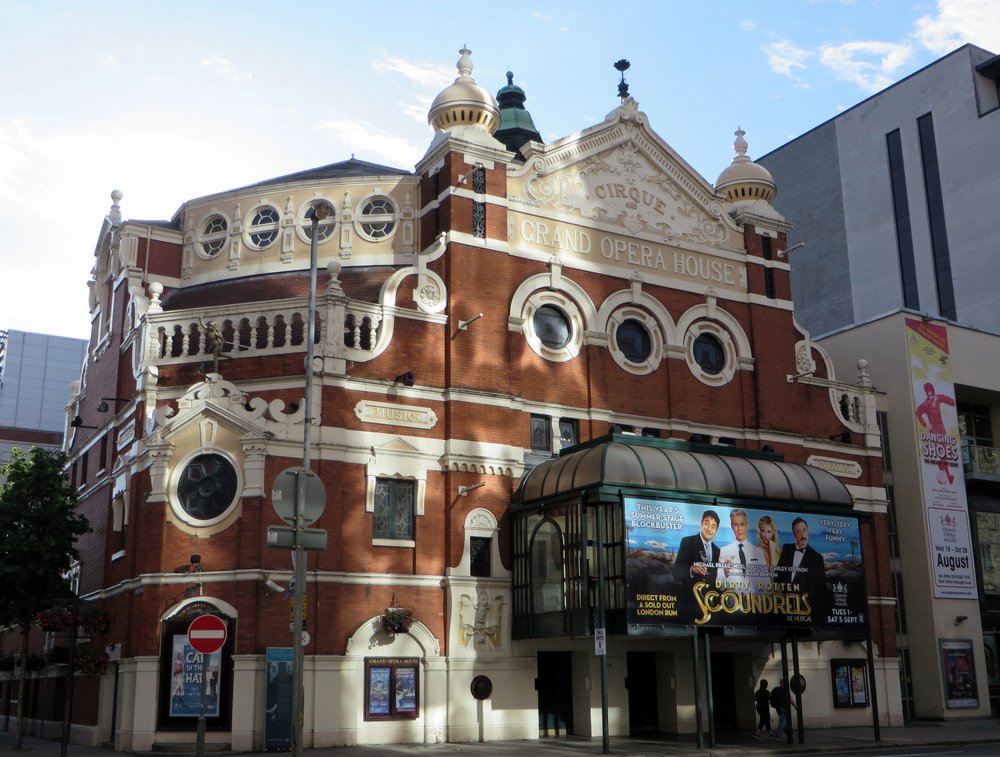 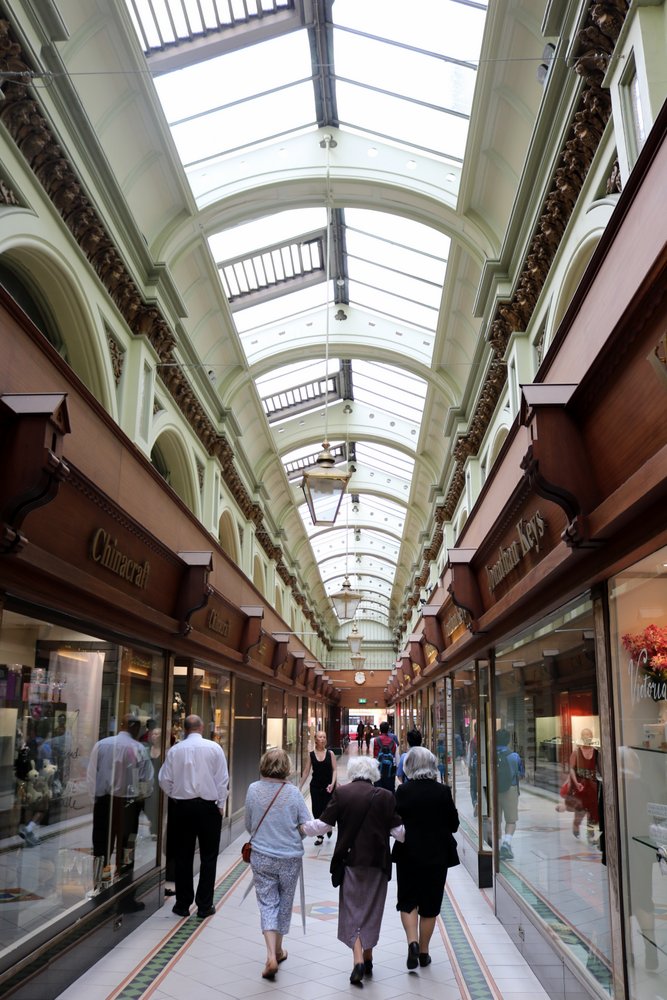 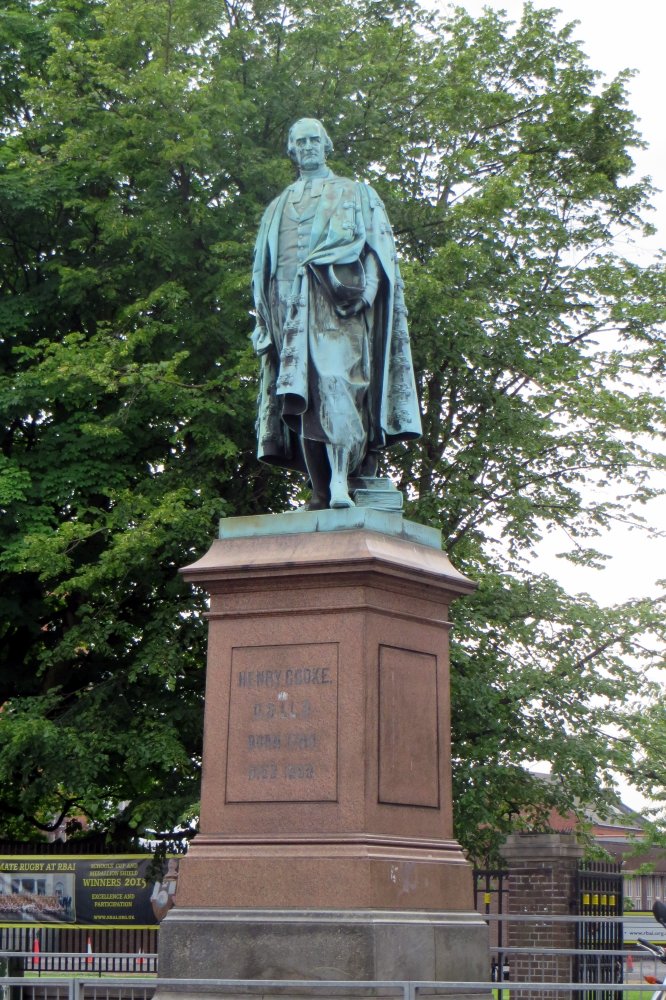 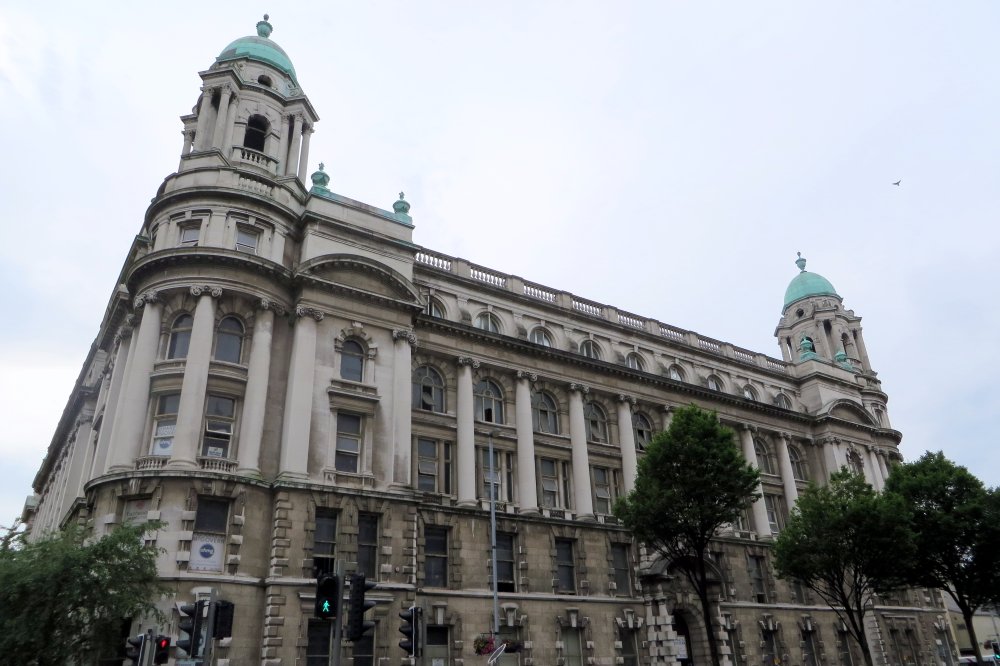 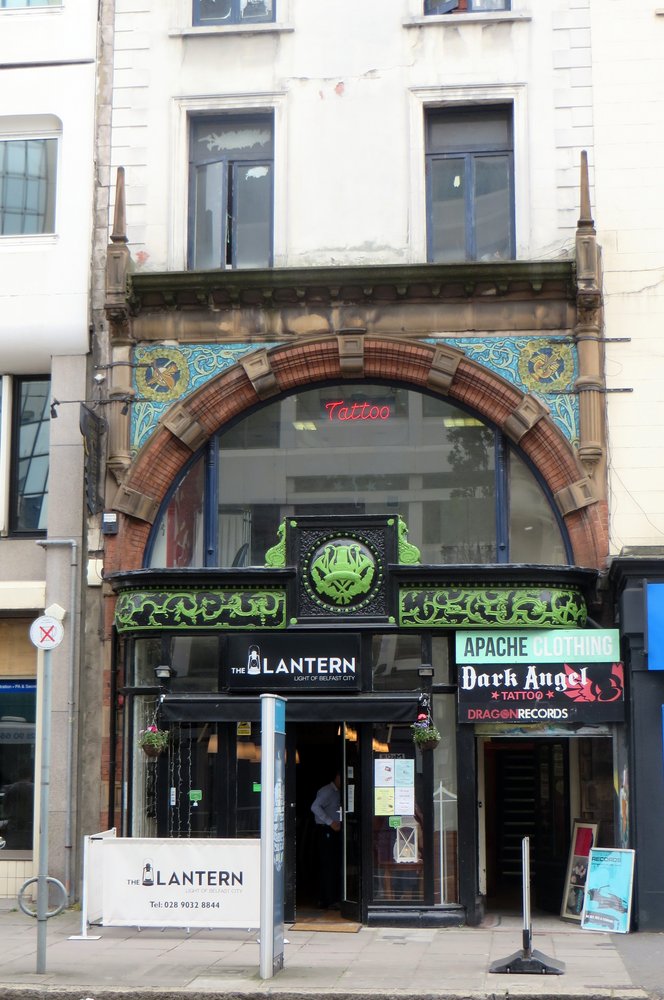 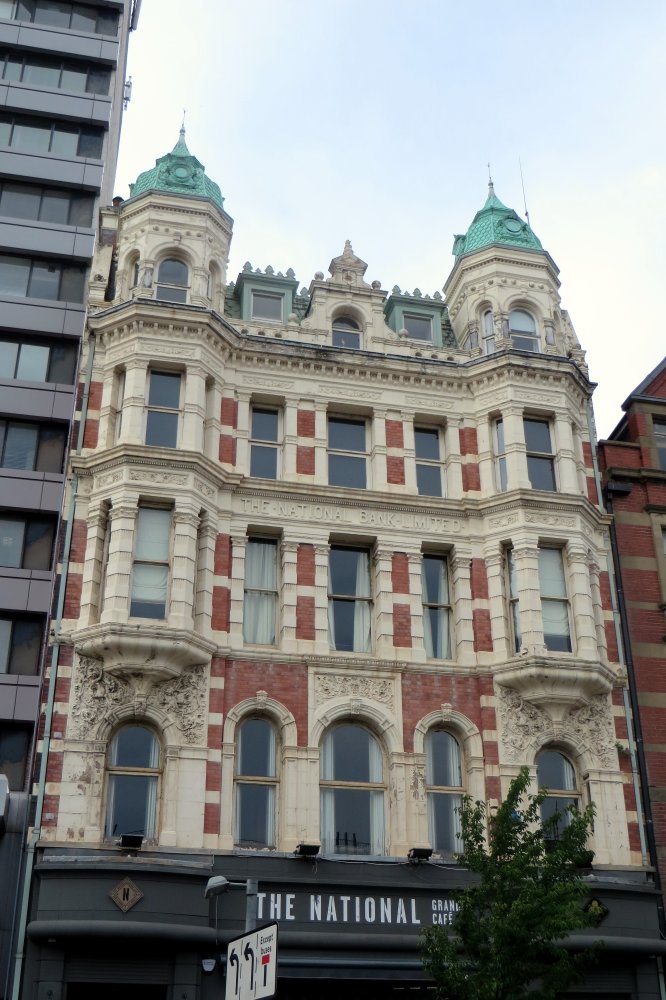 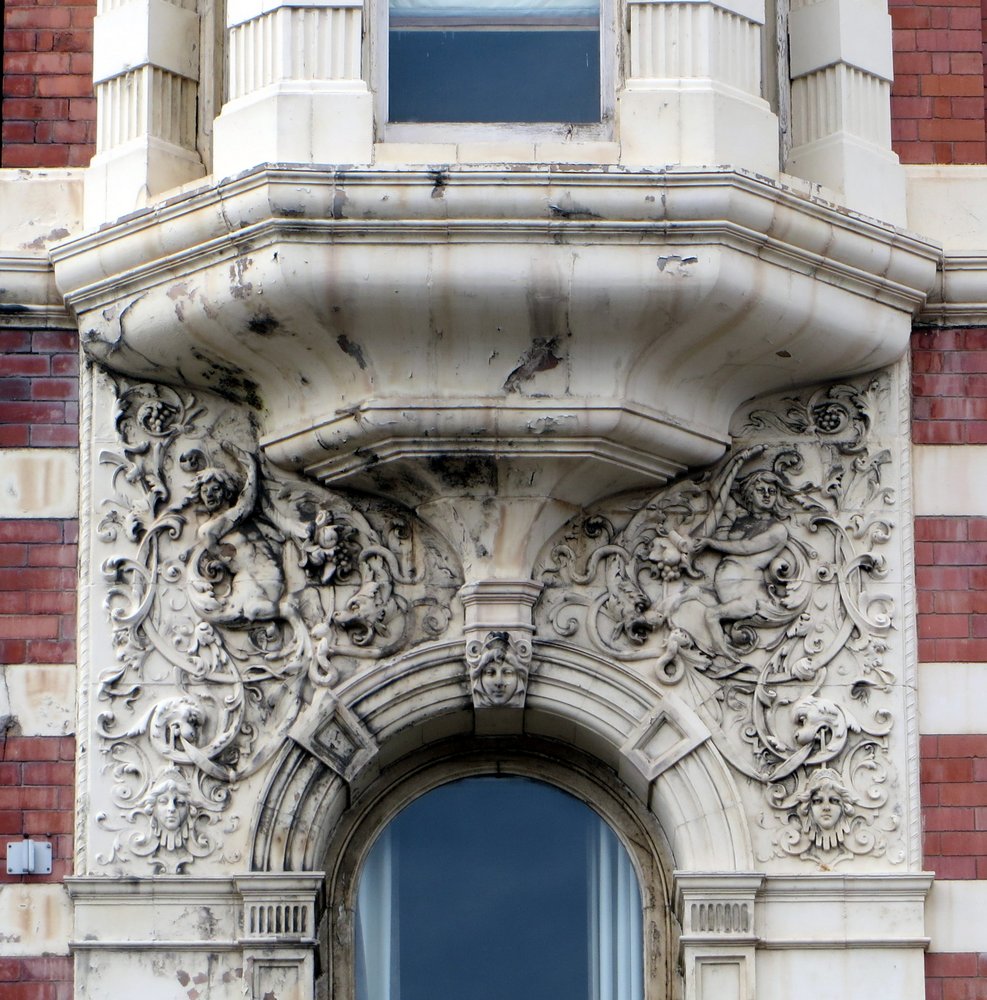 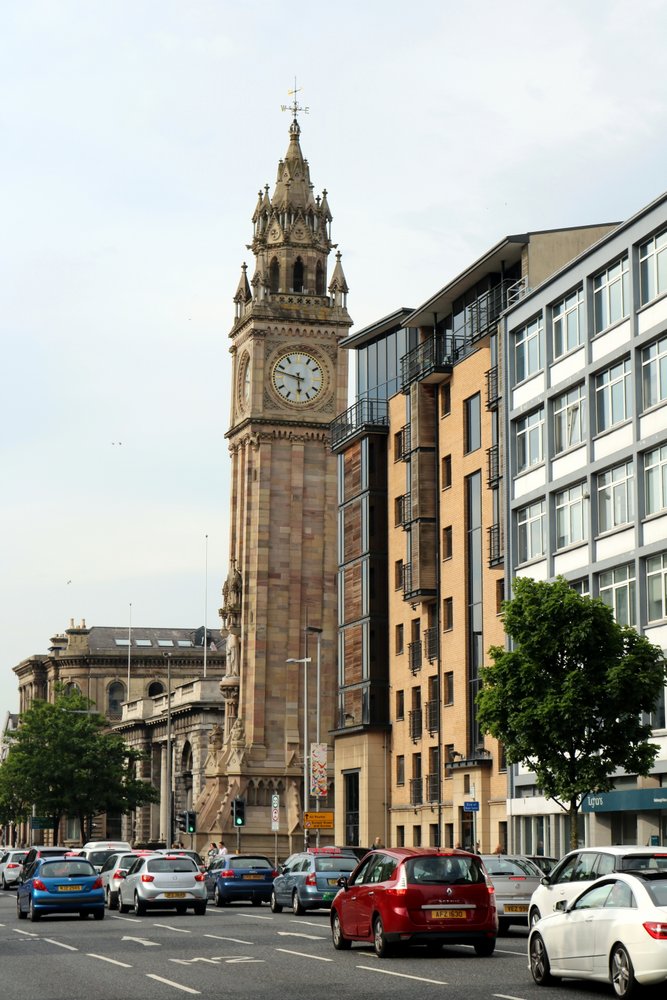 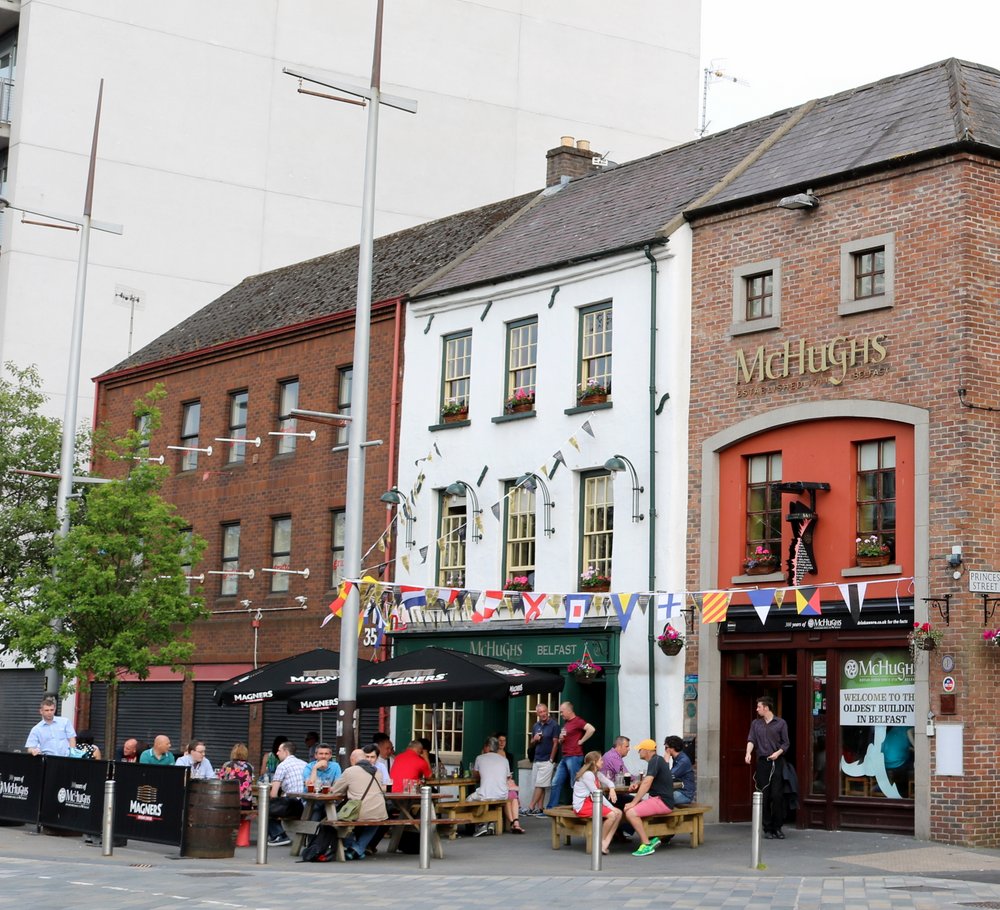 The Big Fish by the River Lagan 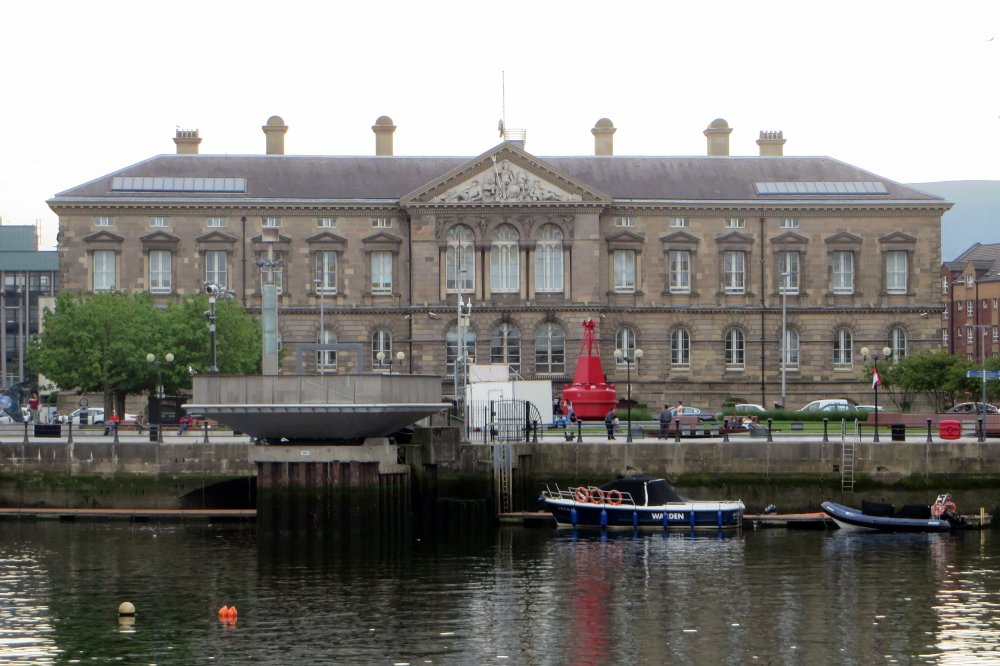 Customs House by the River Lagan 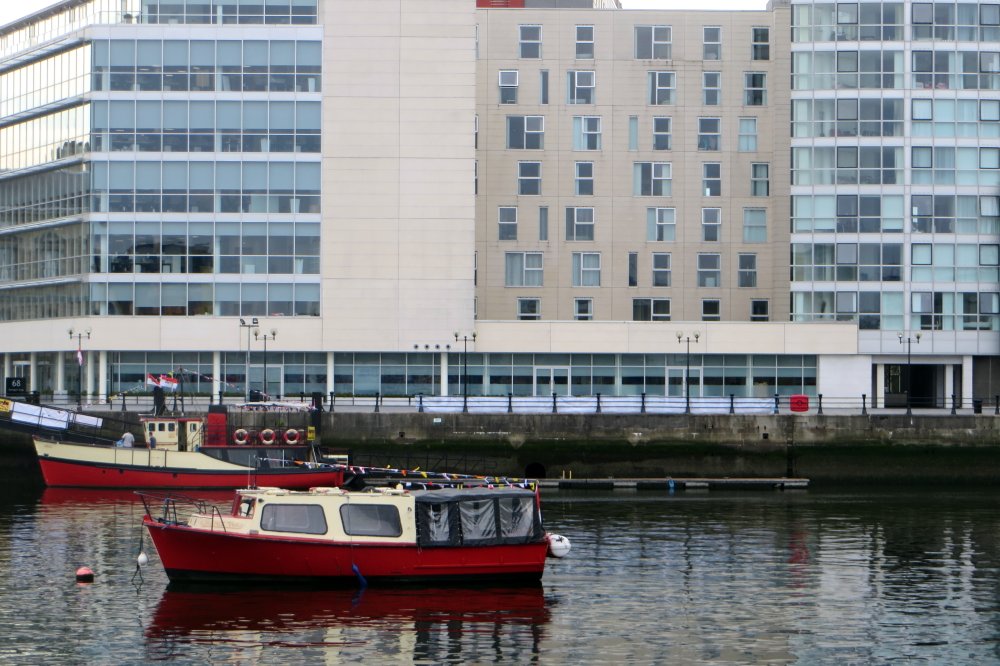 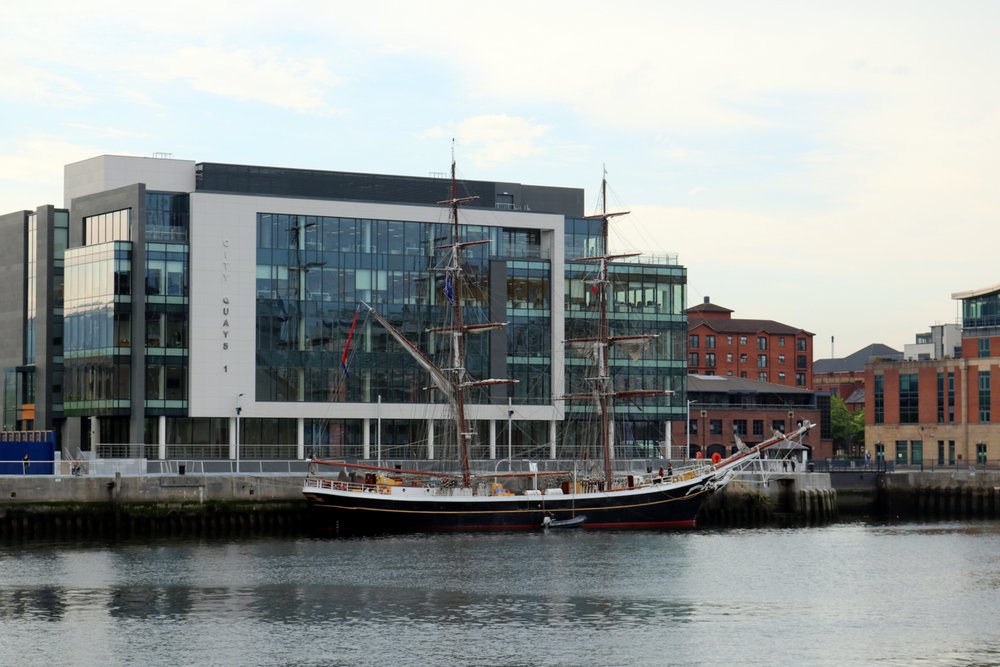 The newest bridge to be built over the River Lagan 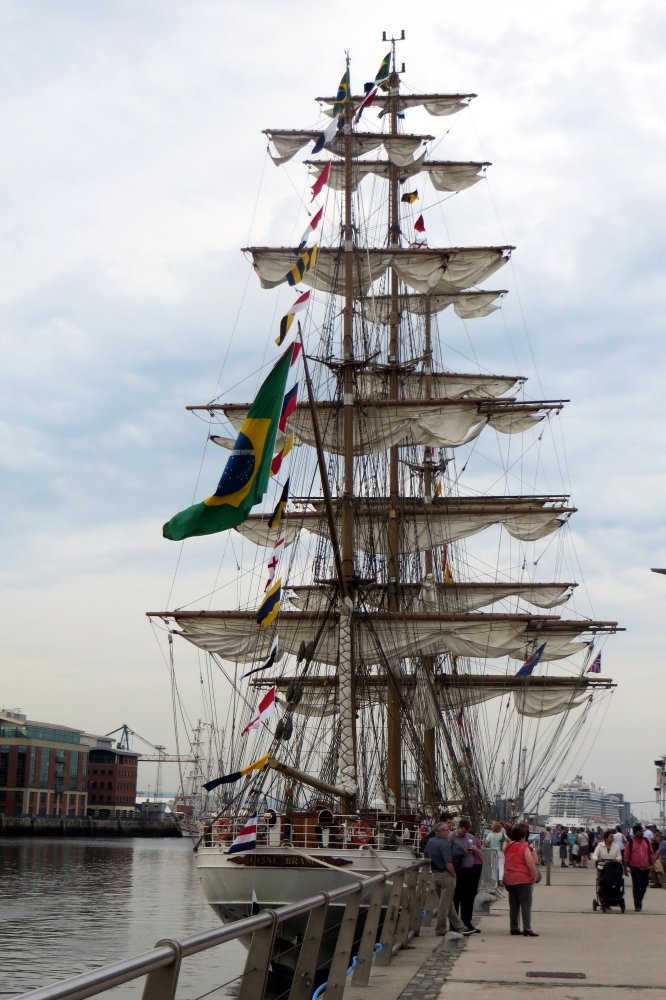 One of the tall ships participating in the Tall Ships Race on the River Lagan from July 3 to 5, 2015 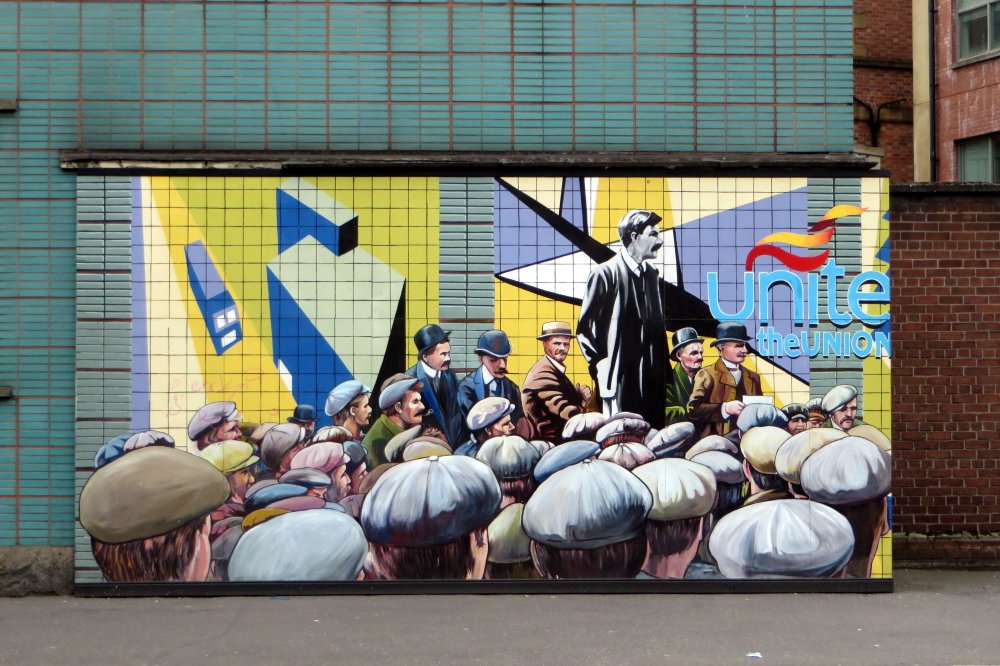 The first of the many, many murals we saw in Belfast 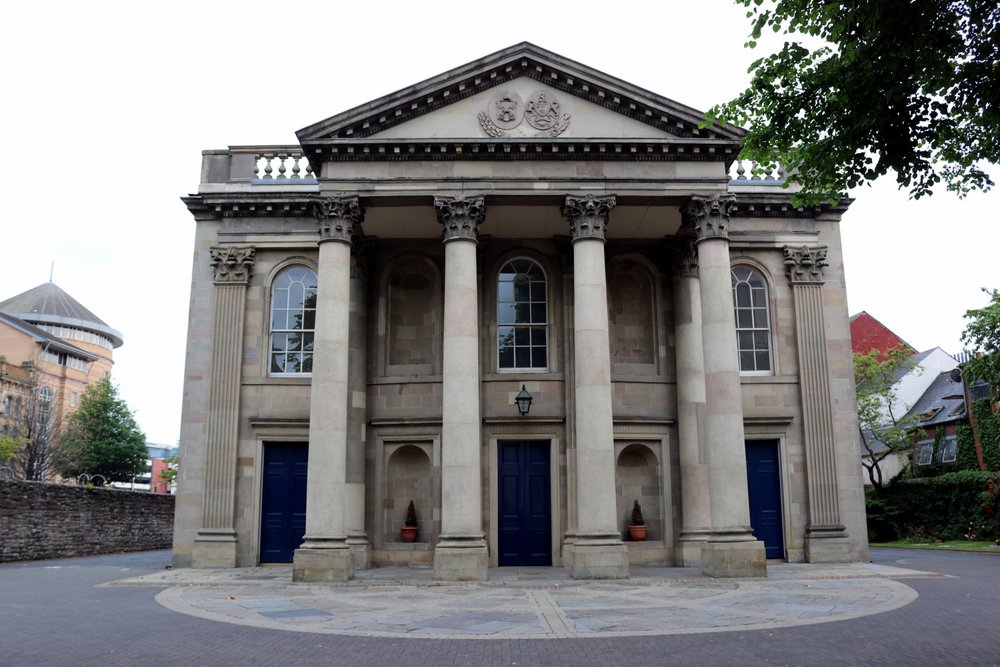 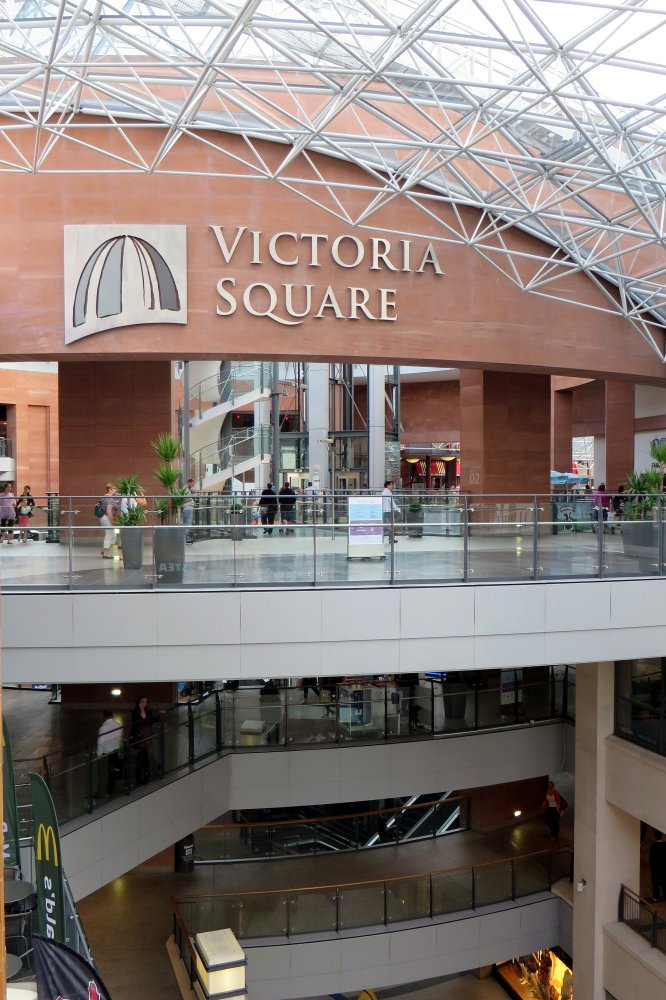 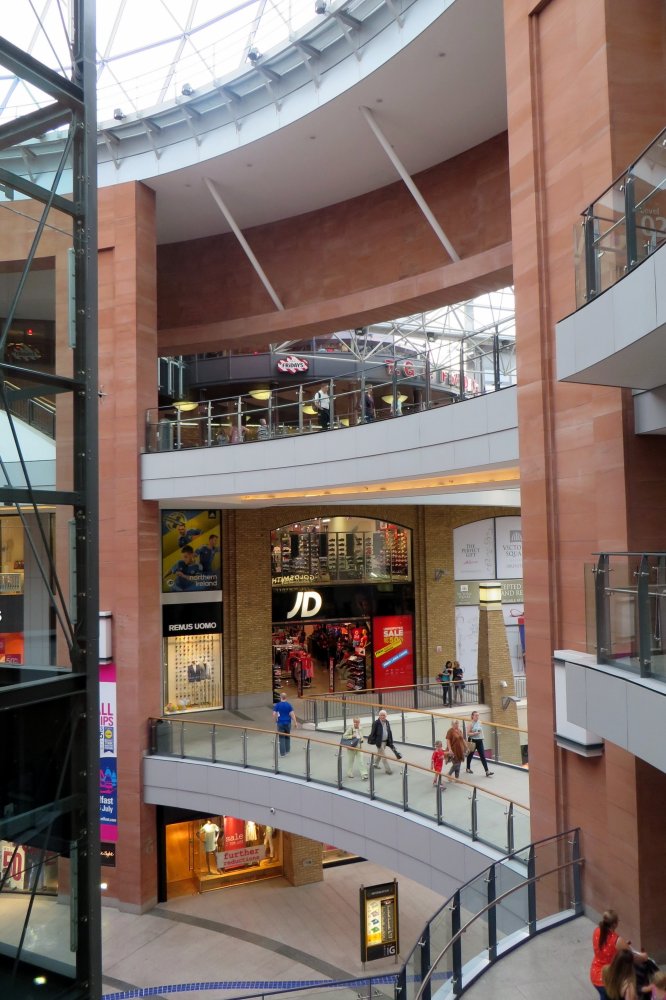 The tower of Victoria Square Mall The street directly in front of the Belfast City Hall