Marc and I saw a number of guards marching around Prague Castle.  Sometimes, the group was rather big, at other times, not so big.  These guards were just some of the men we saw after we had just visited the Powder Gate.  I must say, Czech men are tall, very tall. 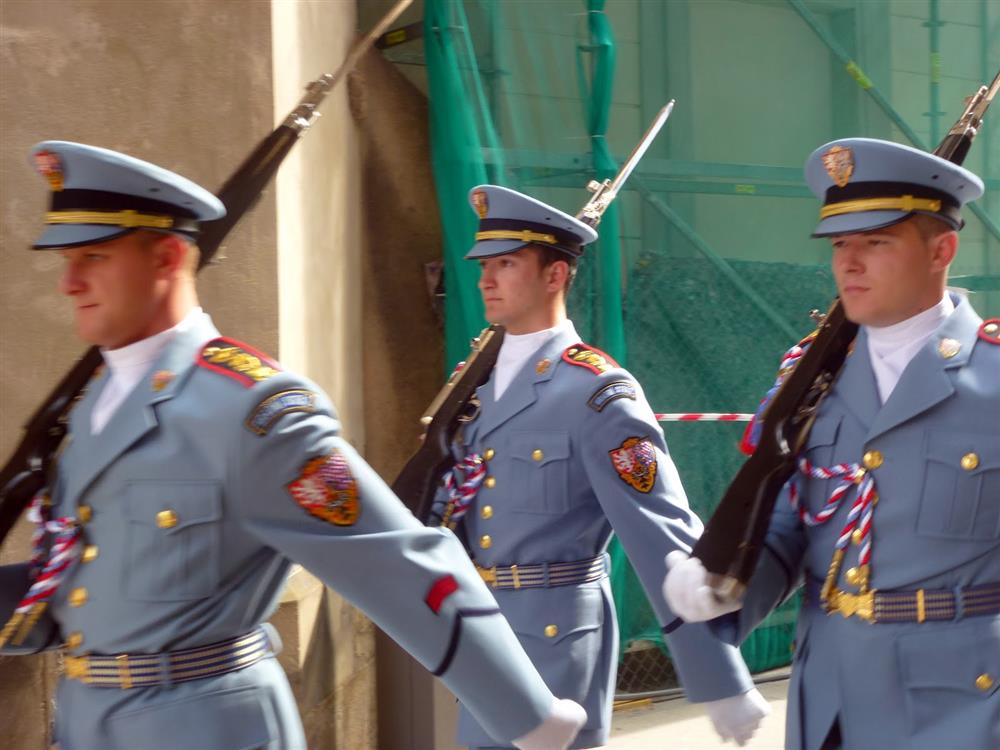 Our next stop after the Powder Gate was the Rosenberg Palace.  This place most certainly afforded all visitors a spectacular view of the city of Prague from its gardens. 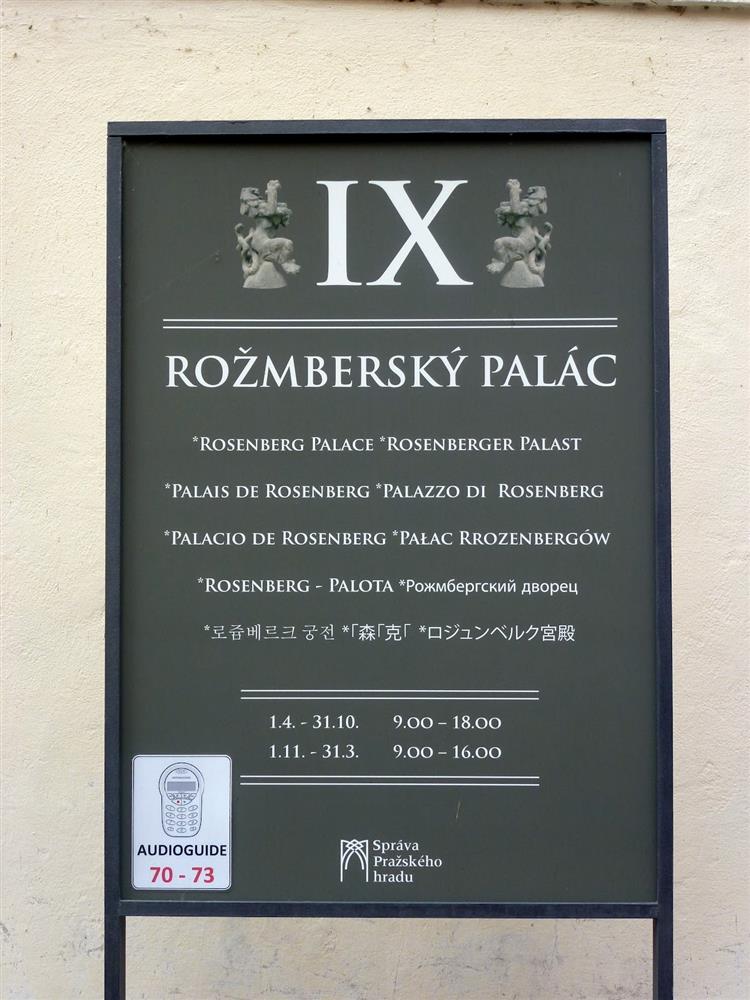 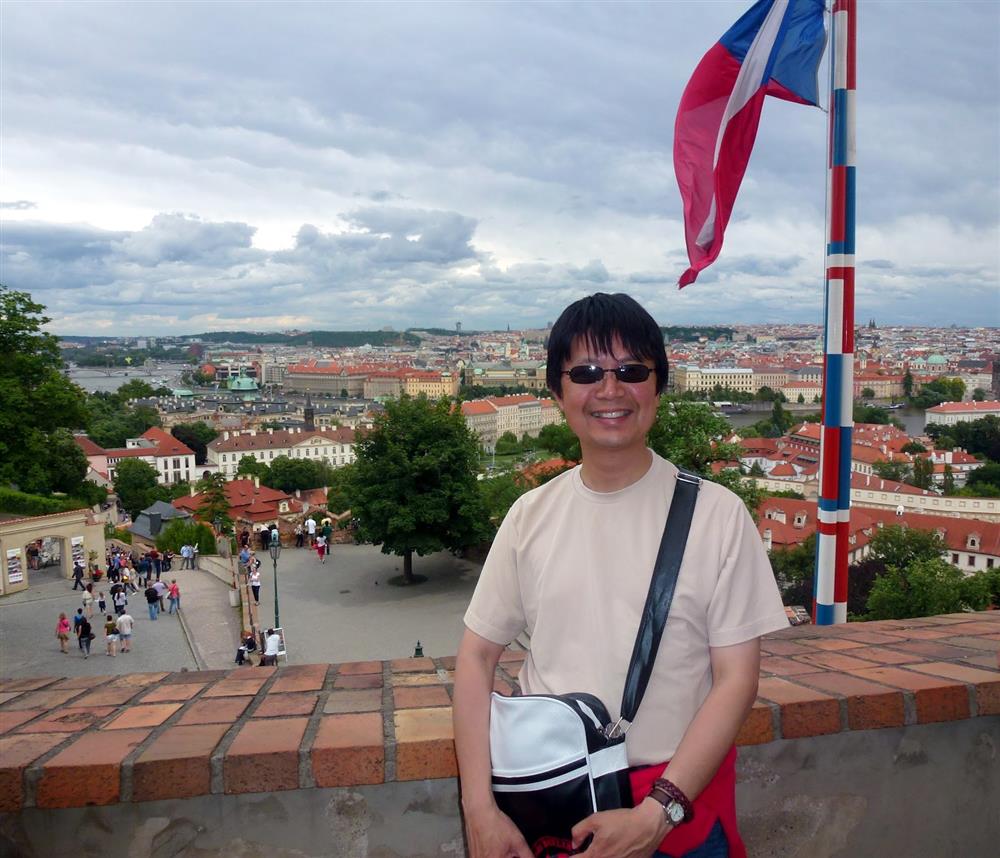 Taken from the gardens of the Rosenberg Palace 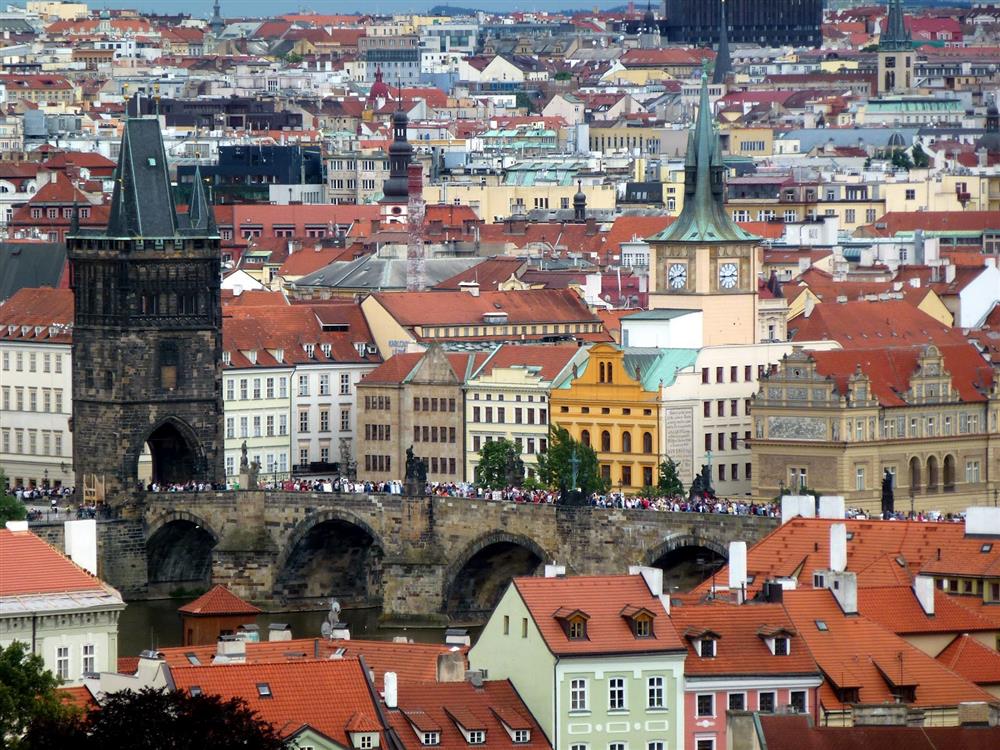 What a view!  This by far is my favorite picture of Prague.  That's the Charles Bridge. A view of the National Theater in Old Town 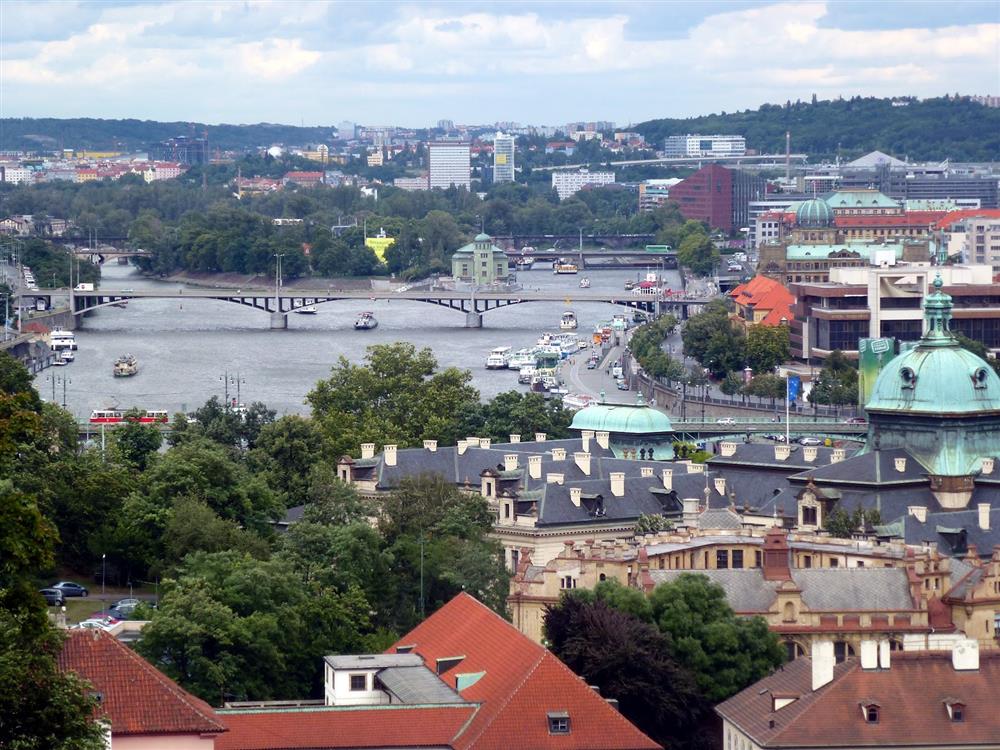 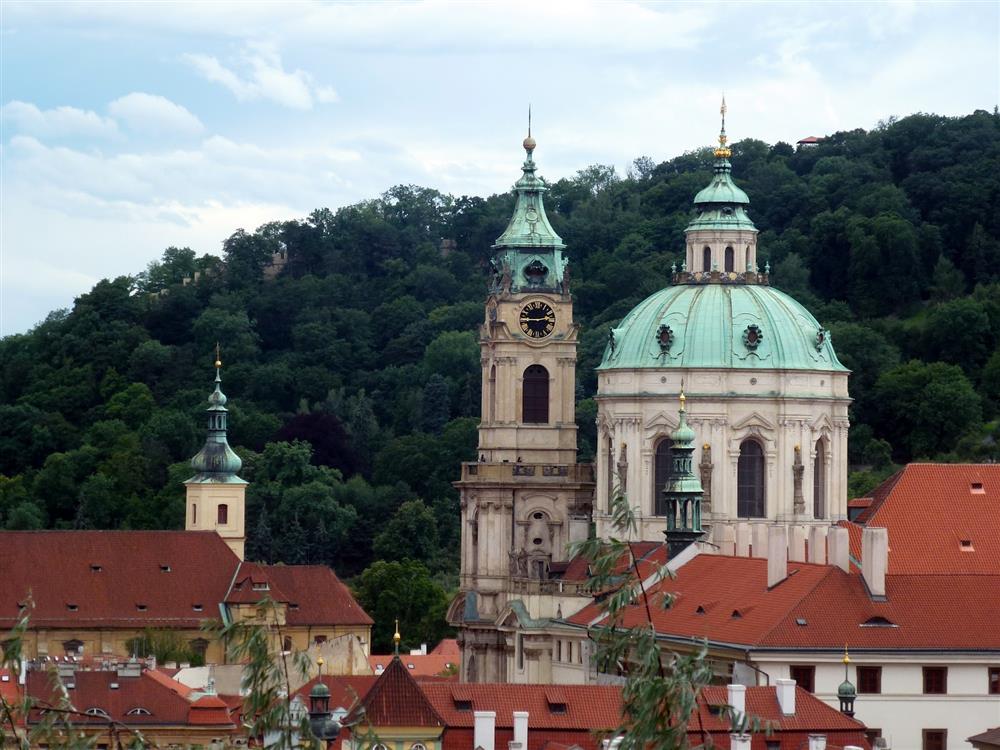 The dome and towers belong to the Cathedral of St. Nicholas in downtown Mala Strana We wondered what those small purple like figures were.  They turned out to be a wall of stalagmites and stalactites at one end of Wallenstein Gardens. 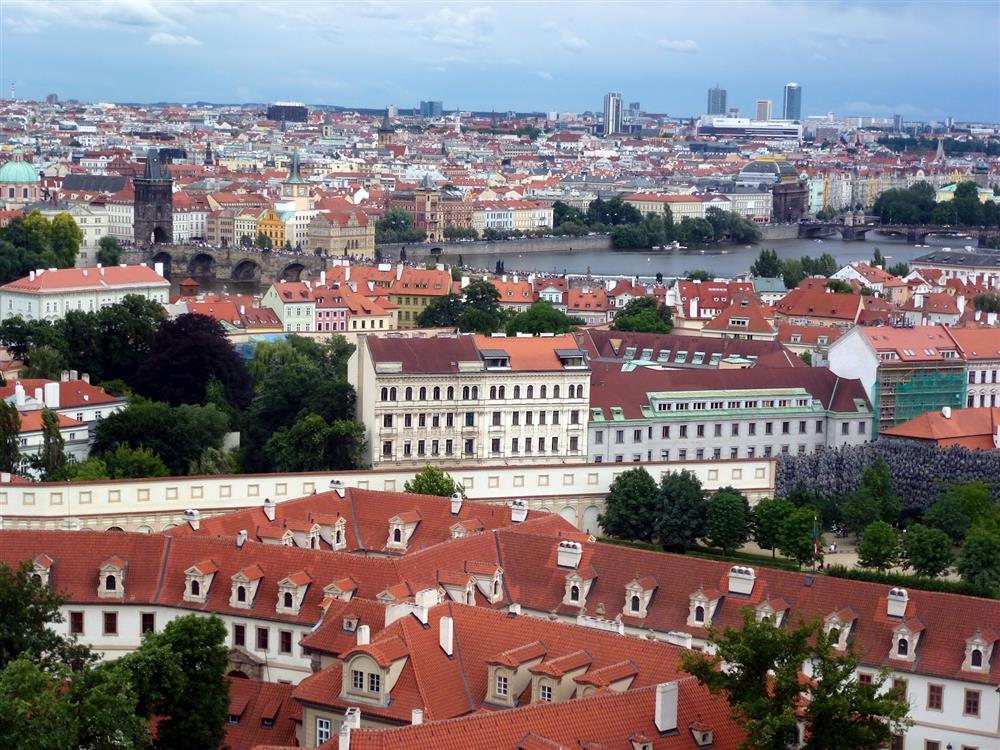 Just like we did the day before, Marc and I bought a Czech crepe at Prague Castle.

It was a tasty sugar coated piece of bread that people lined up for everywhere it was sold. 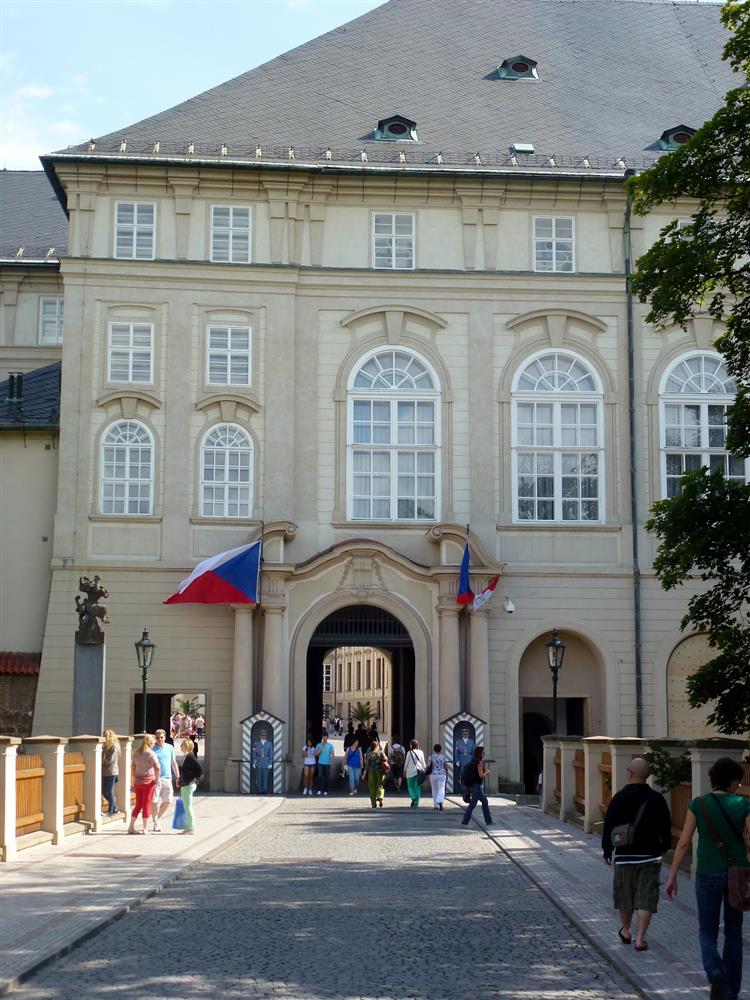 After nearly a full day in Prague Castle, we left through this exit to be able to visit the Royal Botanical Gardens. 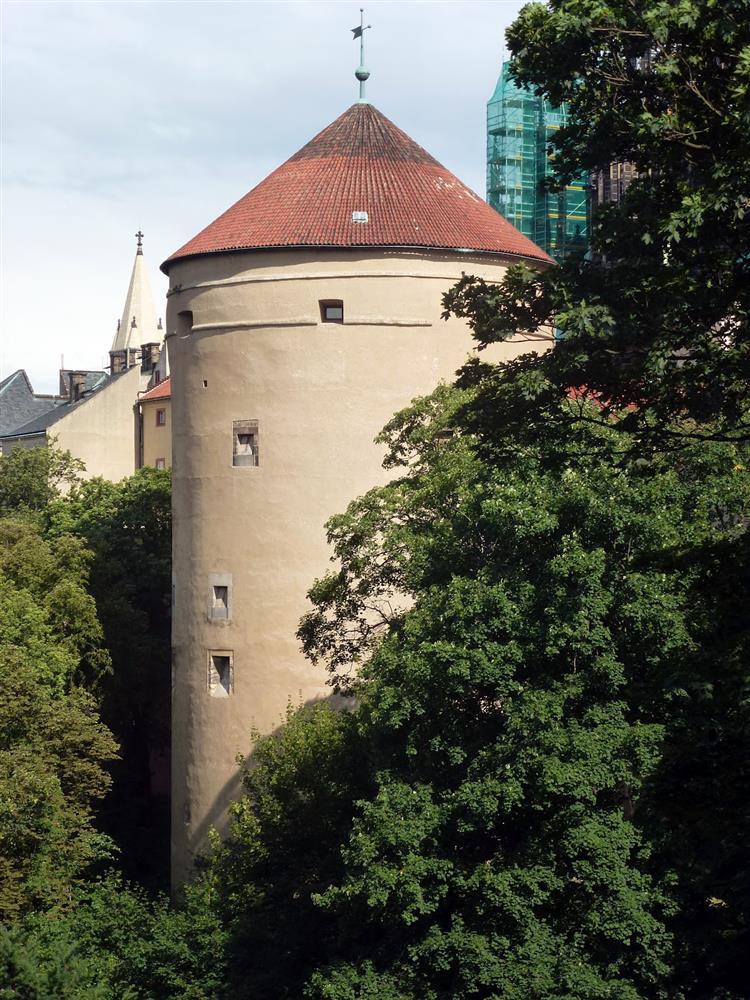 A view of the Powder Gate from the Royal Botanical Gardens. A view of St. Vitus Cathedral from the Royal Botanical Gardens 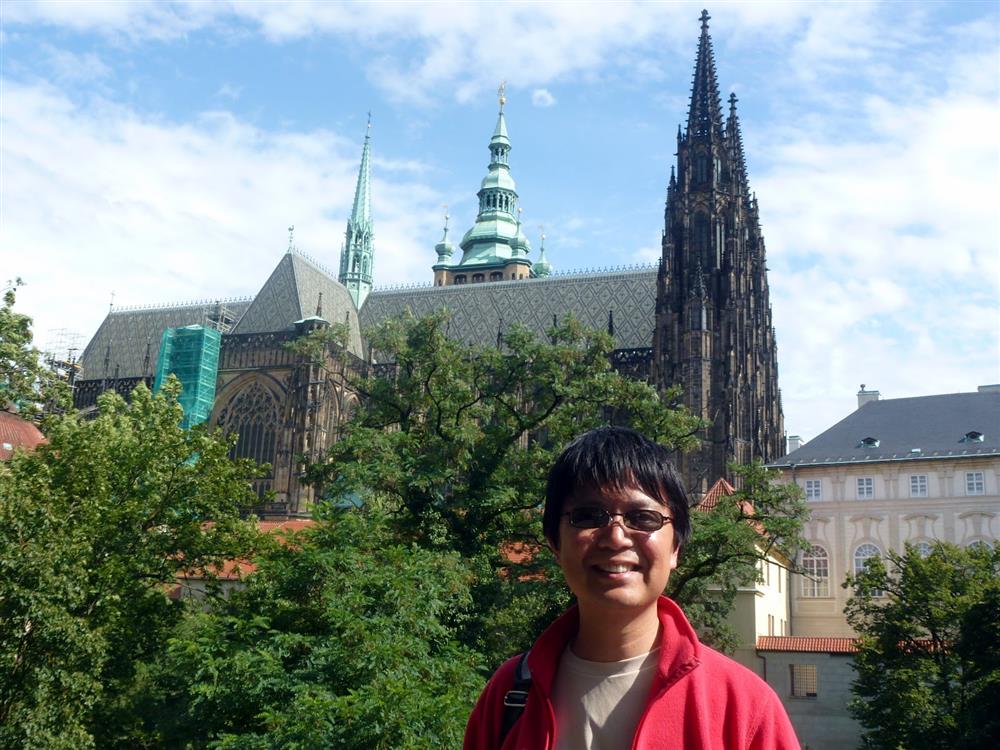 At the Royal Botanical Gardens with a view of St. Vitus Cathedral in the background 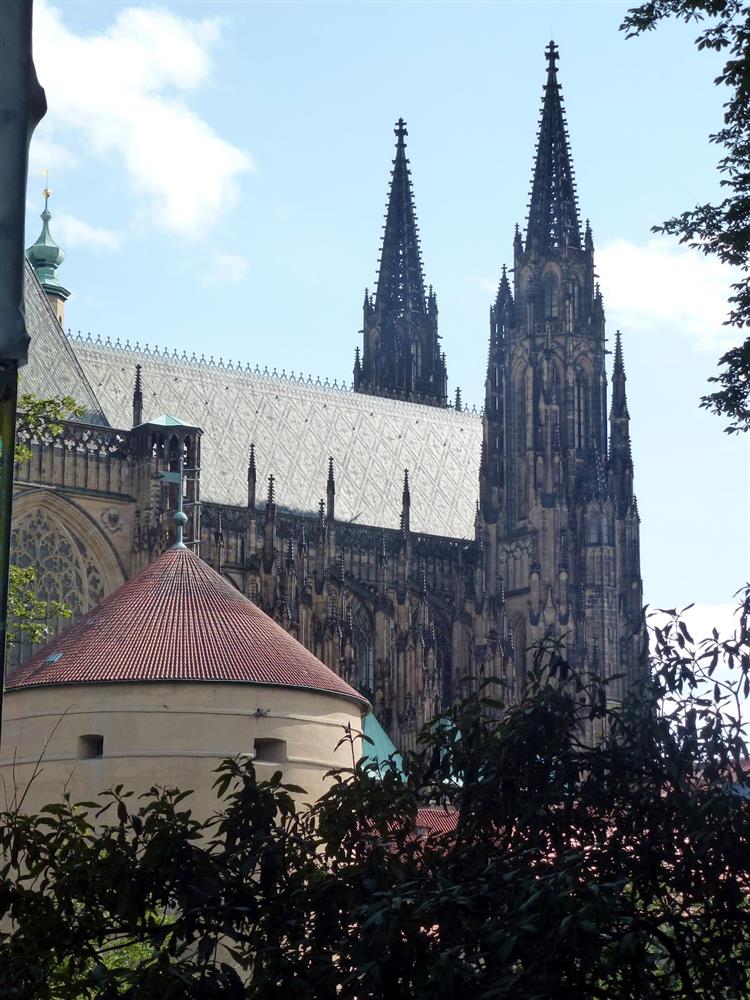 A view of the Powder Gate and St. Vitus Cathedral from the Royal Botanical Gardens The Orangery at the Royal Botanical Gardens 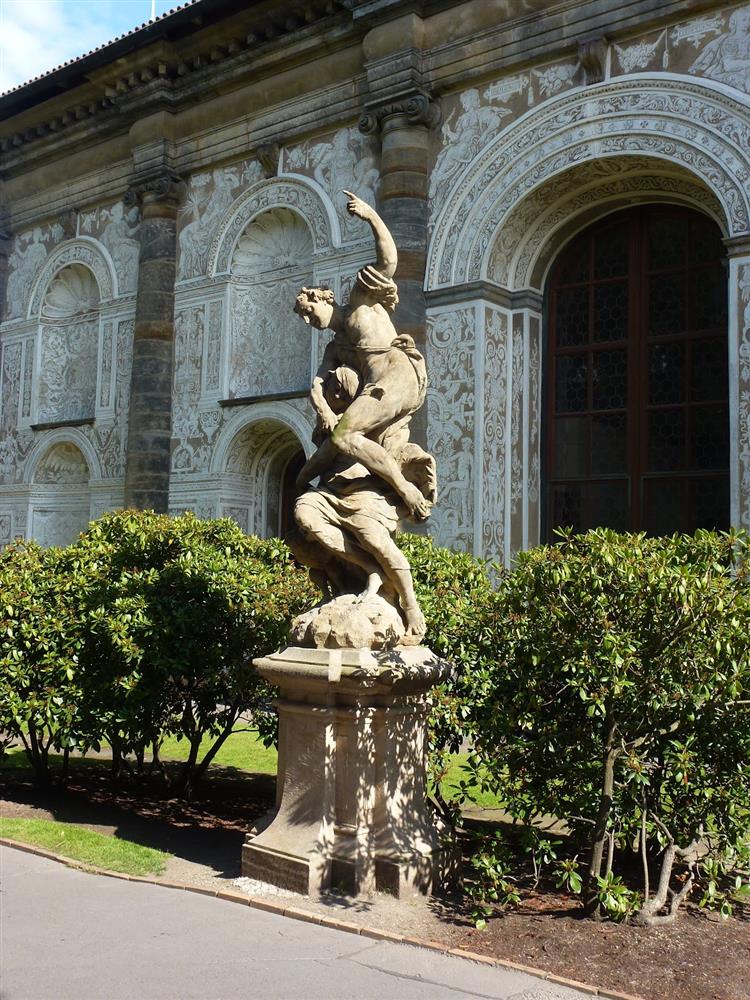 After nearly a full day in Prague Castle, Marc and I went back to the Old Town Square.  From there we explored the area some more just in case we missed some major sights.  Since we felt we had already seen the must sees, we took our time and strolled aimlessly in and around the square. It was simply beautiful. 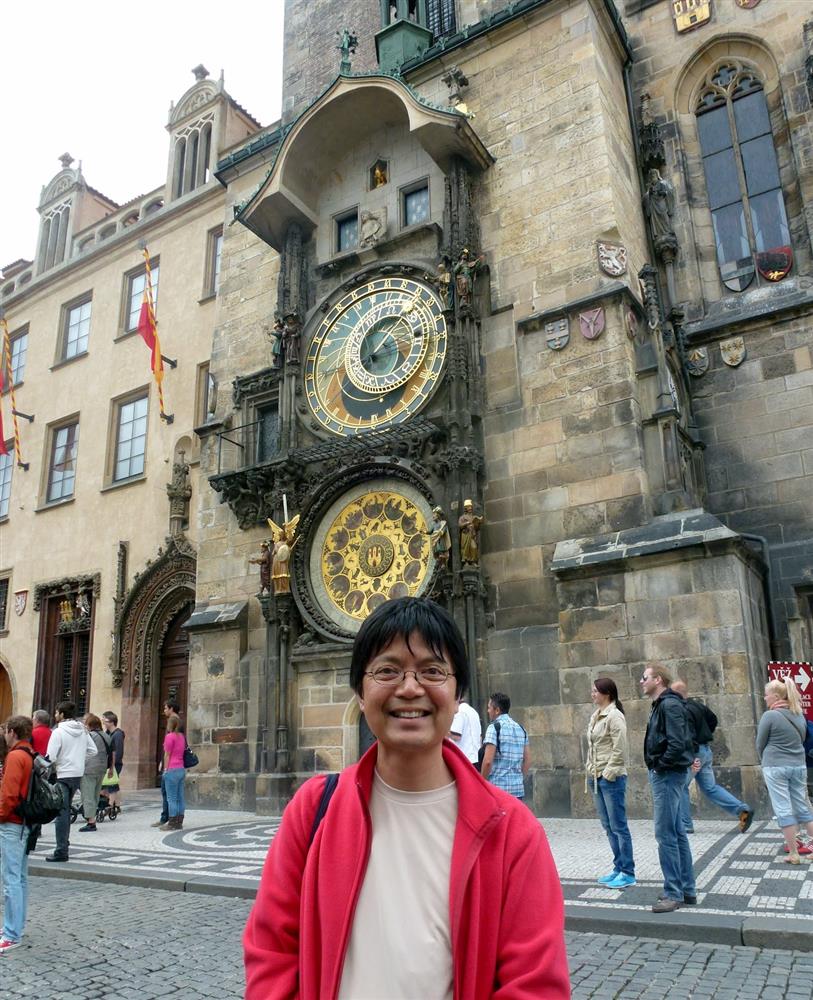 The Estates Theater is Stavovske Divadlo in Czech

We passed by this theater a number of times while we walked in and around the Old Town Square.  We didn't really know its name except for the fact that it was a theater.  It was only on our last day in the city did we realize its significance when we heard a tour guide speaking in English to a bunch tourists that it was the site where Mozart's most famous works were performed.

This is the Baroque theater where Wolfgang Amadeus Mozart performed his masterpieces, The Wedding of Figaro and later on, Don Giovanni, called opera of operas by experts.   This is the main entrance to the theater right below the columned porticoes. 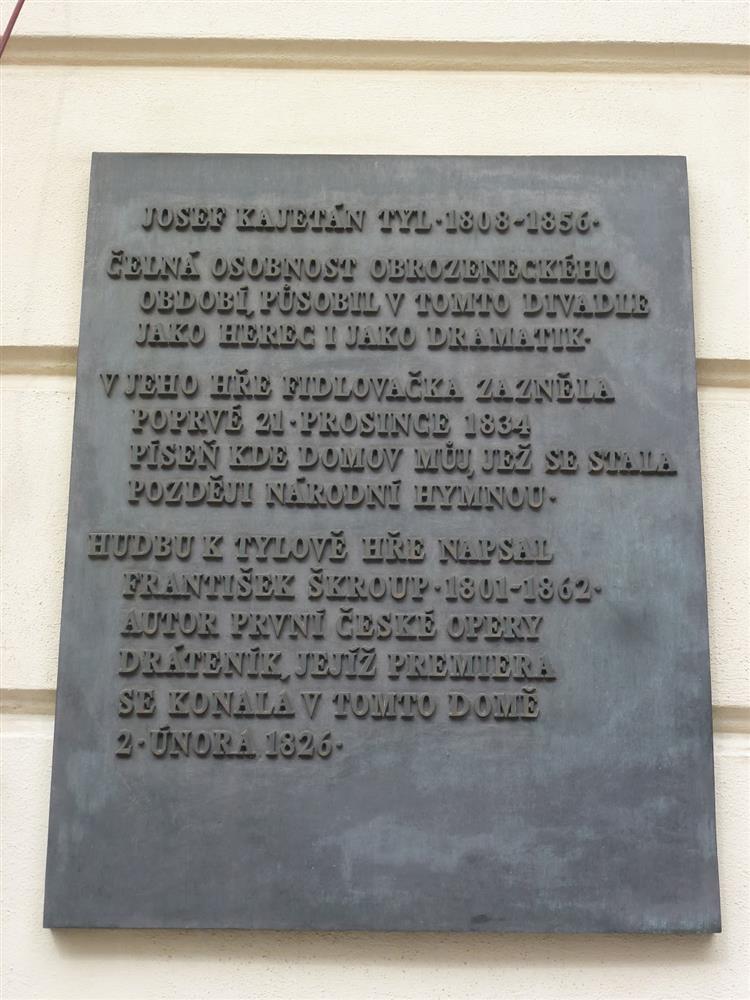 by Skroup and Josef Kajetan Tyl, the song

was heard in public for the first time.  It proved so popular that it later became official Czech anthem. 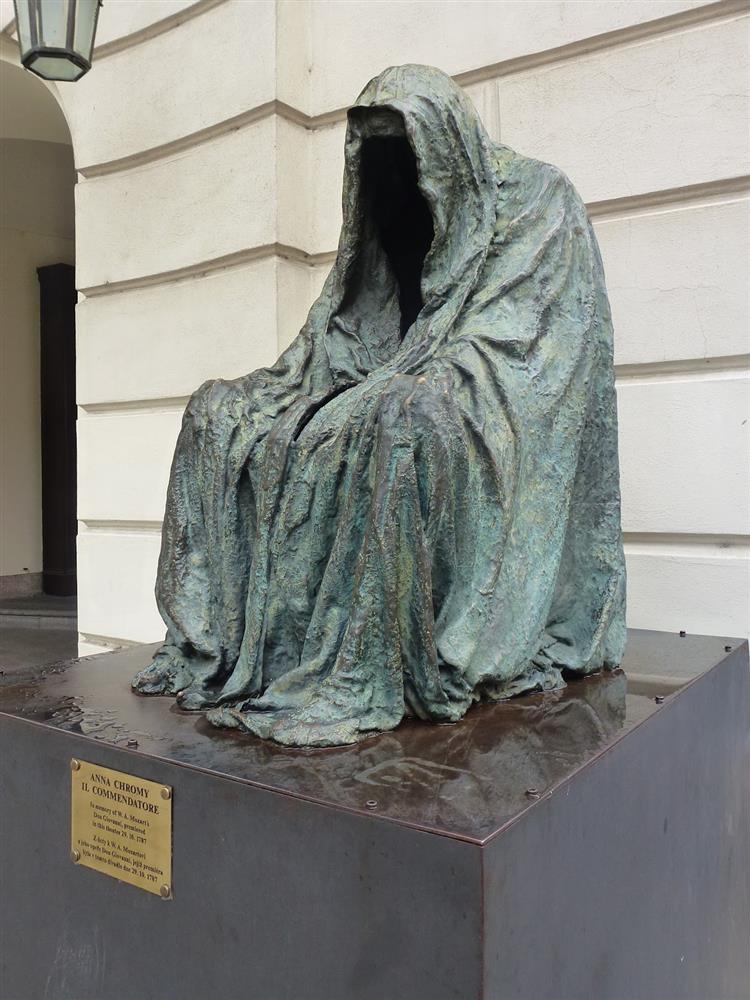 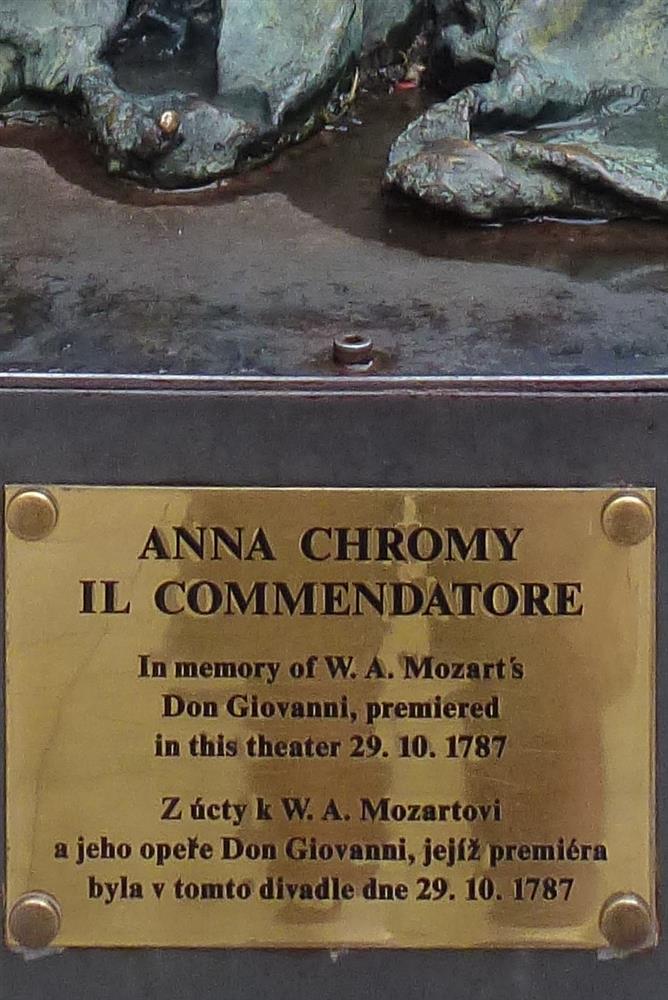 This statue sat right next to the main entrance of the Estates Theater.  I think it represents the Don Giovanni opera as the sign below suggests. 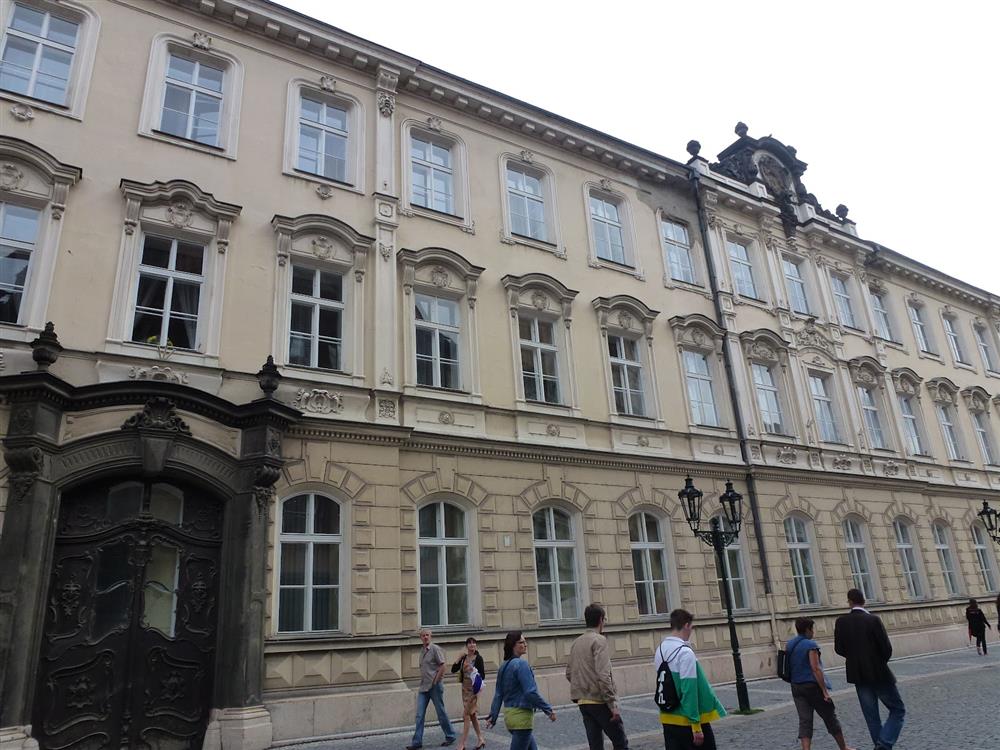 Right next to the Estates Theater was this elegant building.  I knew it could only have been a palace.  After all, it looked so grand and majestic.  Sure enough, it turned out to be the Kolovrat Palace or Stavovske divadlo in Czech.