Our Last Day in Prague

While browsing through a rack of postcards in a bookstore, I saw a picture of the Dancing Building.  Realizing that it wasn't that far from our IBIS Hotel at all, we decided to walk to the site. 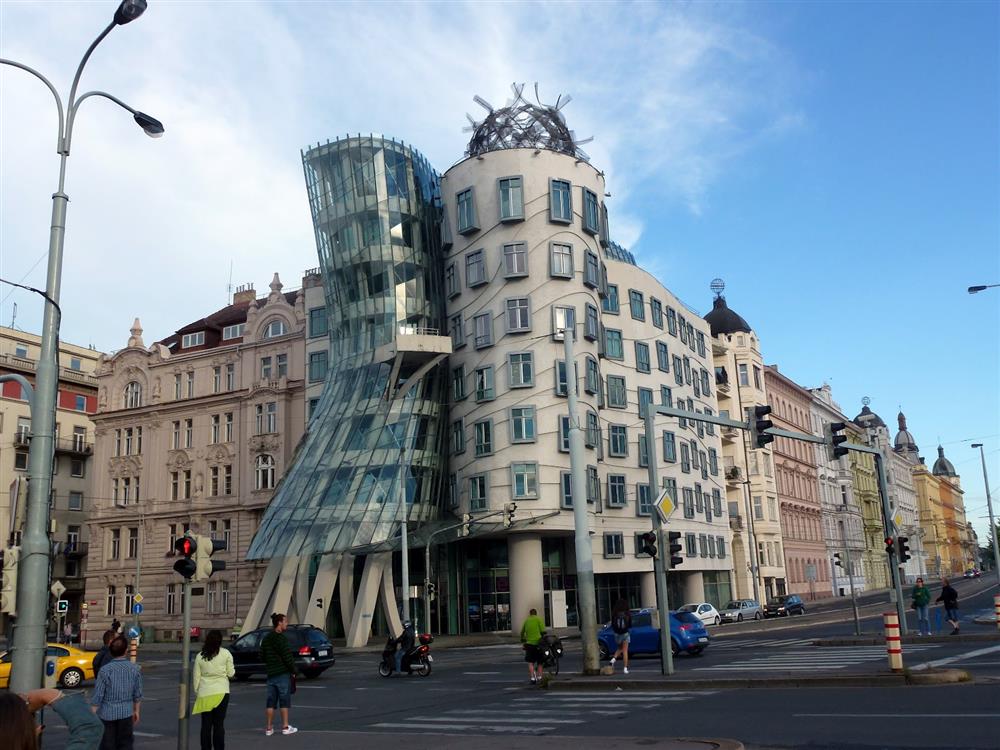 The Dancing House on the corner of Jirasek Square and Rasin Embankment is one modern building.  It used to be criticized  and said not to fit its surroundings.  It was opened in 1966 and its construction was completed in collaboration with American Frank O Gehry.  The building was named after its two towers, called Ginger Rogers and Fred Astaire, stars of American musicals of the 1920's and 1930's.  Fred is said to be the straight concrete tower while Ginger is the curved one. 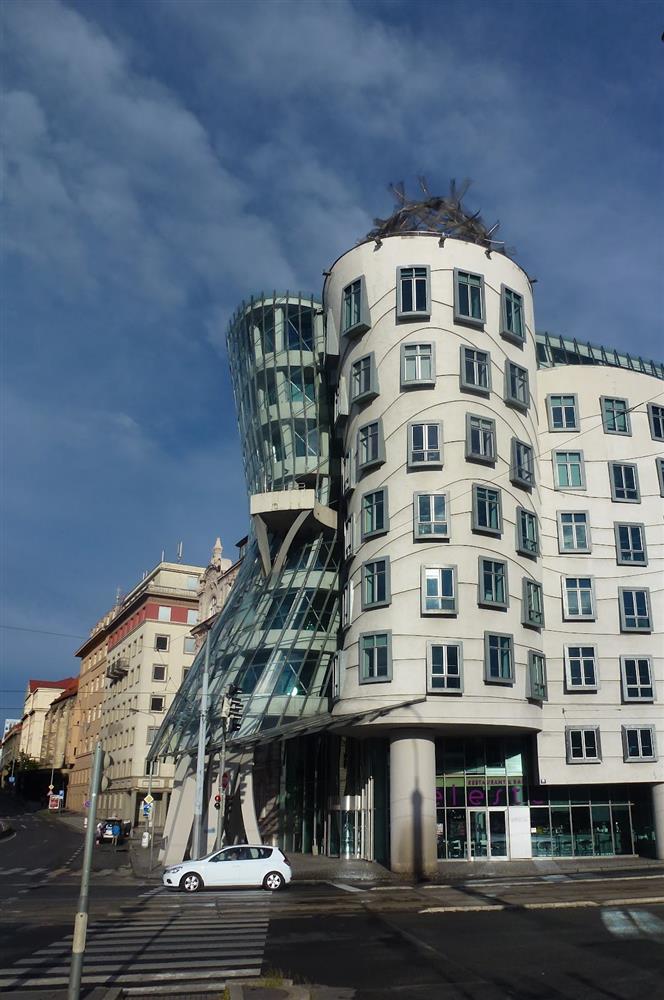 A closer view of the Dancing House

On top of the straight tower is a cupola with metal pipes coated with stainless wirework imitating hair.  The whole topmost represents the head of Medusa. 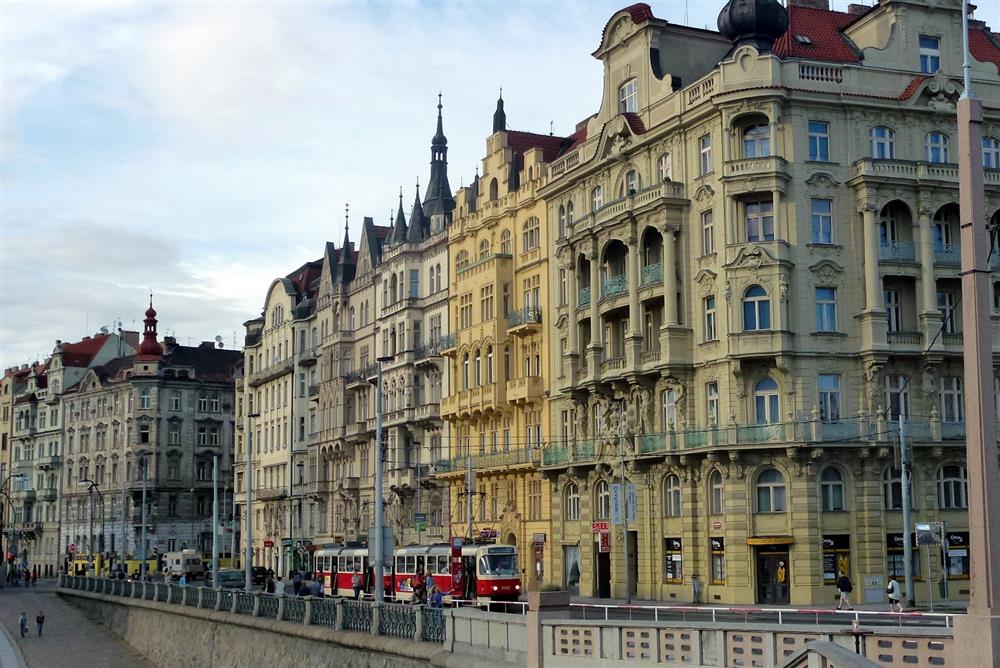 Such beautiful buildings.  What architecture! 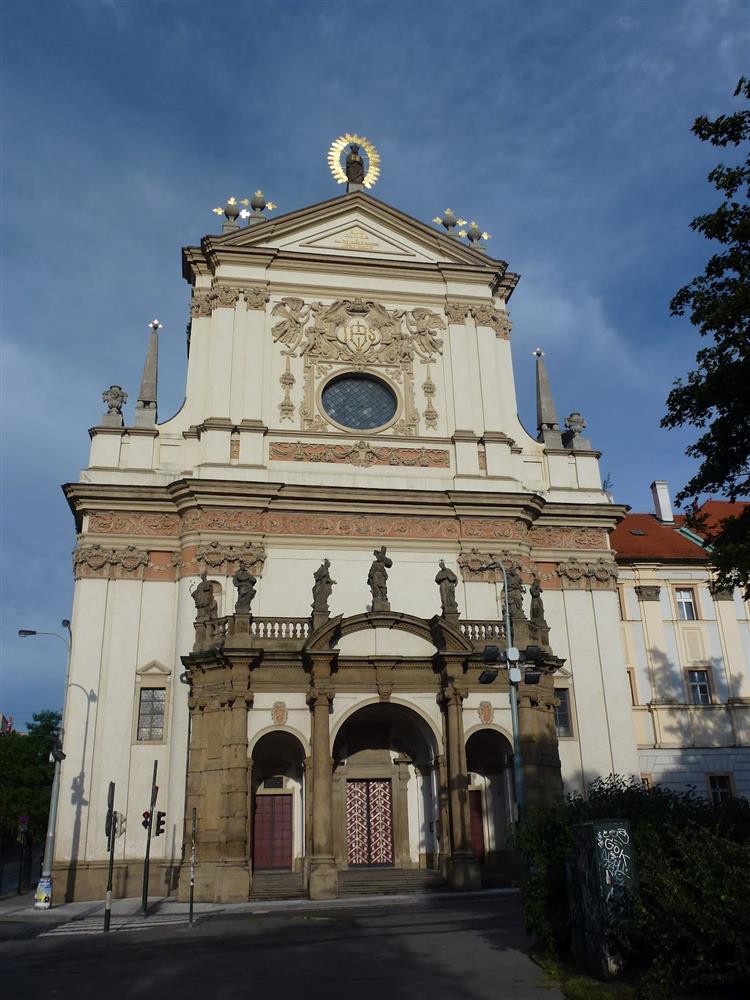 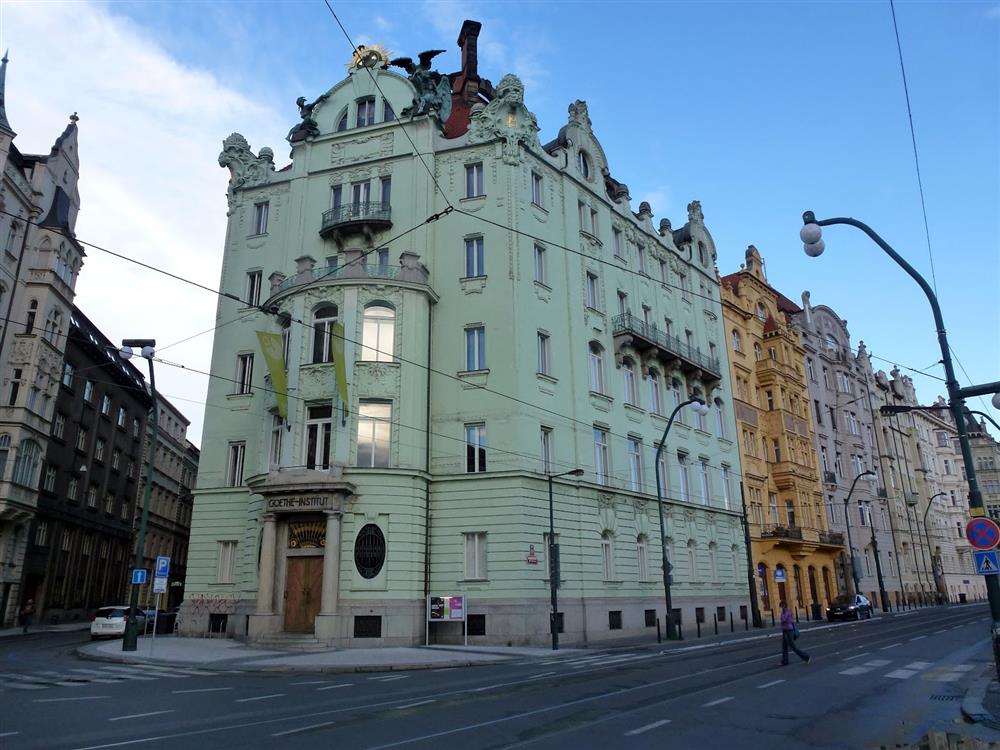 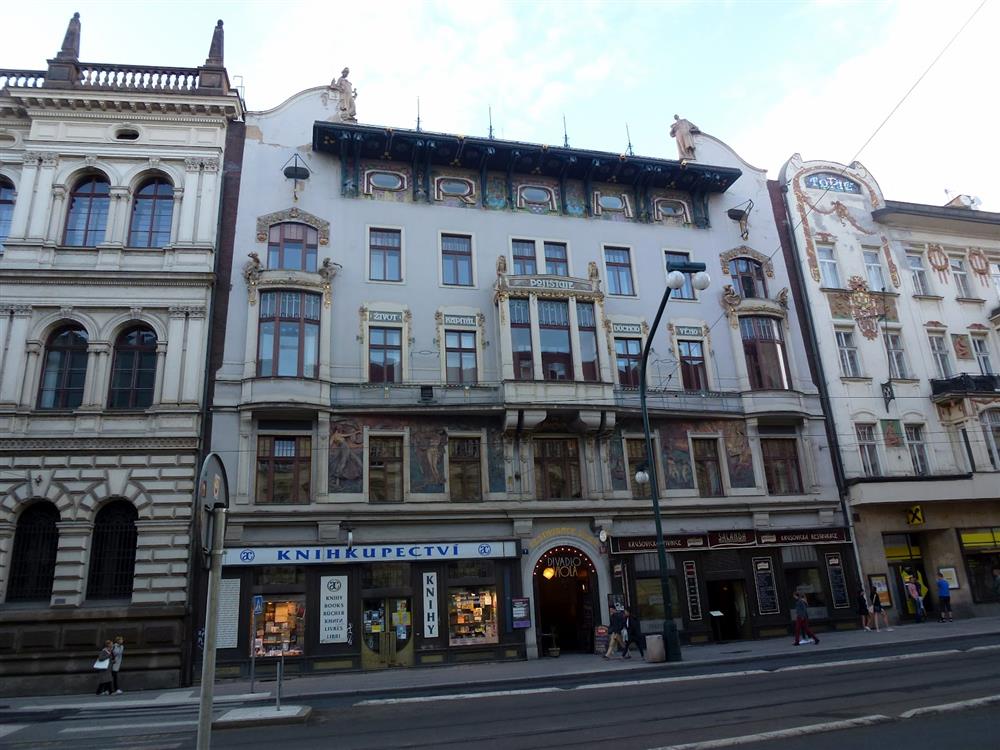 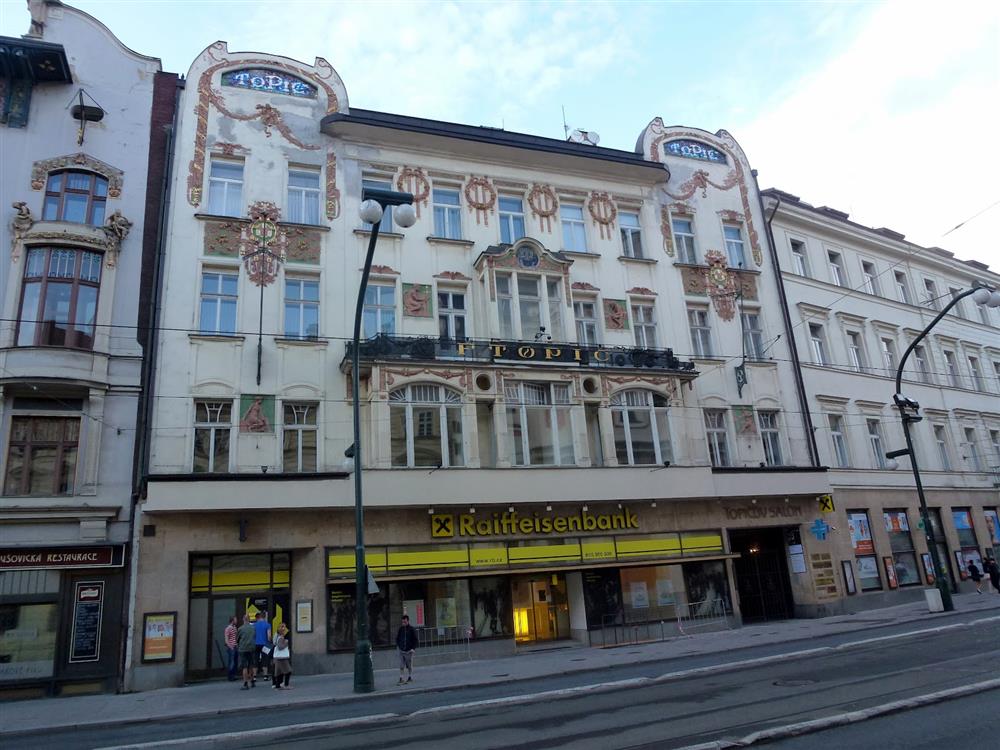 After touring the area where the Dancing Building was, we walked back to the hotel and then on to Wenceslas Square for a last look and visit.  I had really gotten to like the area a lot.  After all, it was very picturesque.  Anyway, despite our one bad experience looking for some local food to eat, this time we went back to the Palladium Mall in front of the Gunpowder Gate and Municipal House to have our last dinner in Prague. 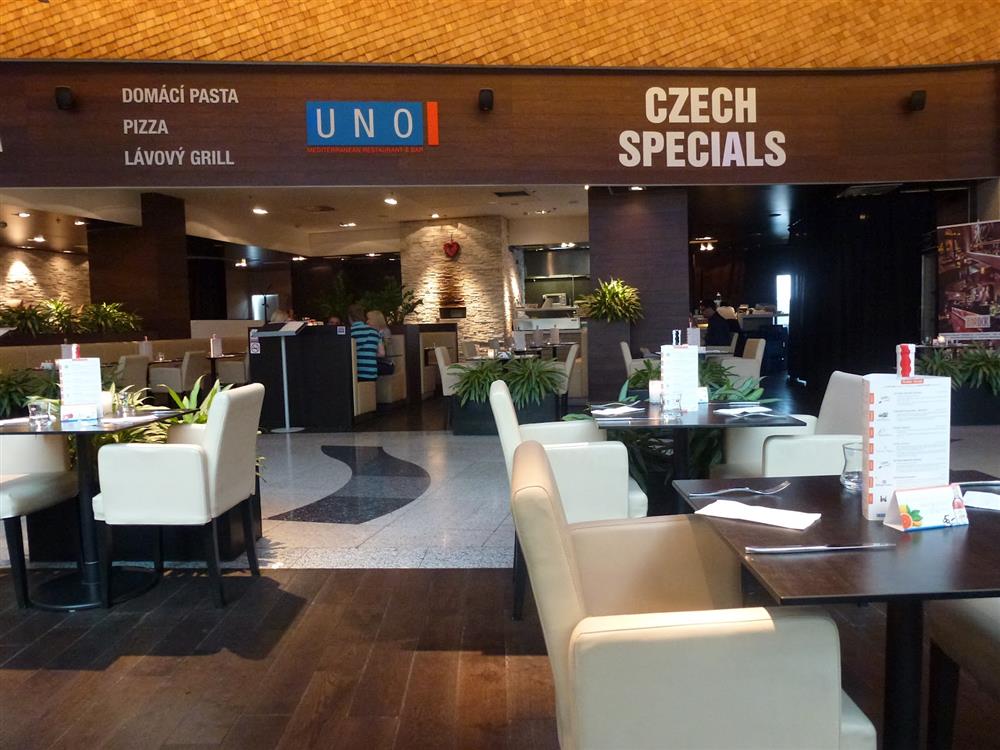 We went to this hip restaurant on the topmost floor of the Palladium.  It was called Restaurant Uno and as you can see they served local Czech dishes.  There were a number of locals which was a good sign.  We chose the following dishes. 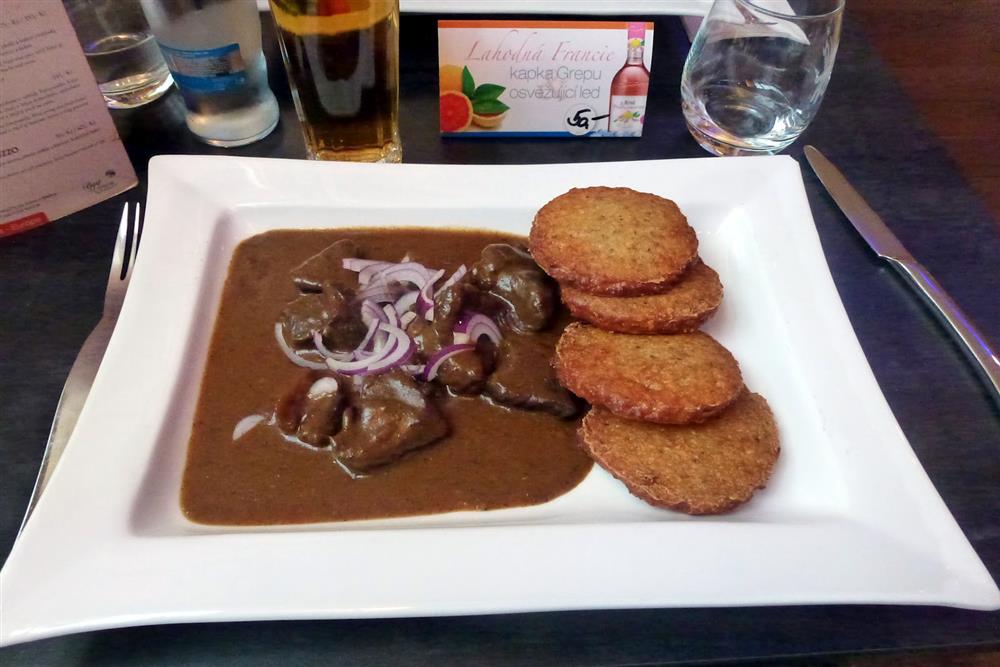 This was Marc's order: beef goulash with potato pancakes 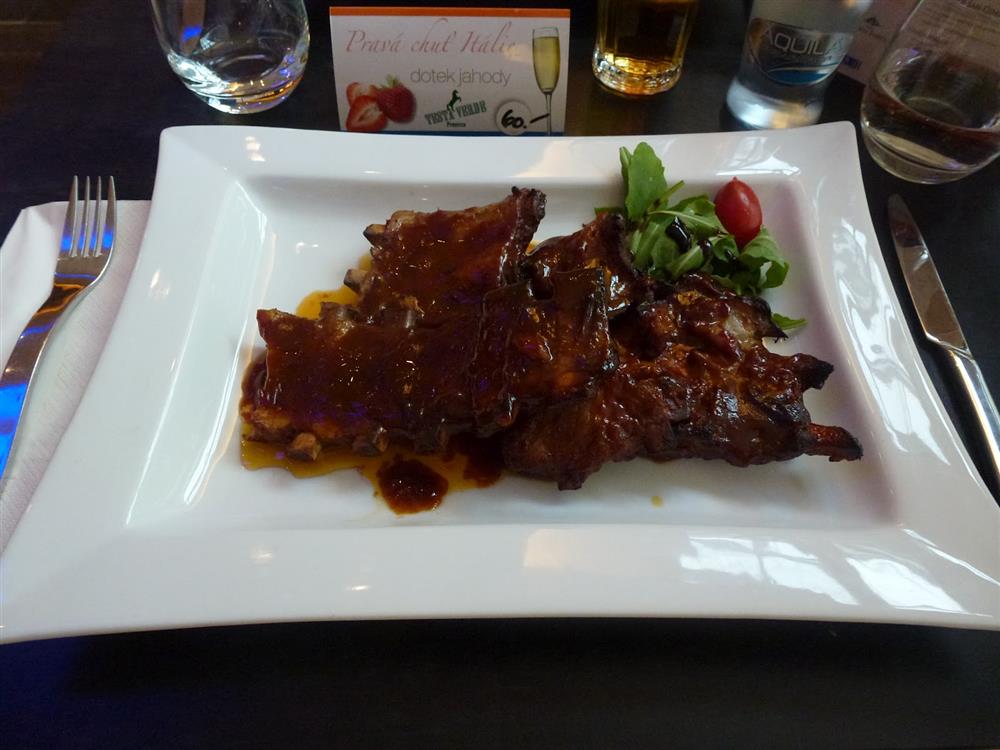 Mine, on the other hand, was pork ribs marinated Czech style.

Both dishes were delicious and cost us much less had we eaten in any of the restaurants along Wenceslas Square or Old Town Square.  We were more than happy with our choice.

Up to this day, I find it hard to believe I actually set foot in Prague. It was such a beautiful city and I do confess,it is one of the most beautiful places I have ever seen in my entire life. Throughout our stay, I tried to soak in as much of the architecture and history. It is a pity we only stayed a few days. Marc and I had a truly wonderful time.