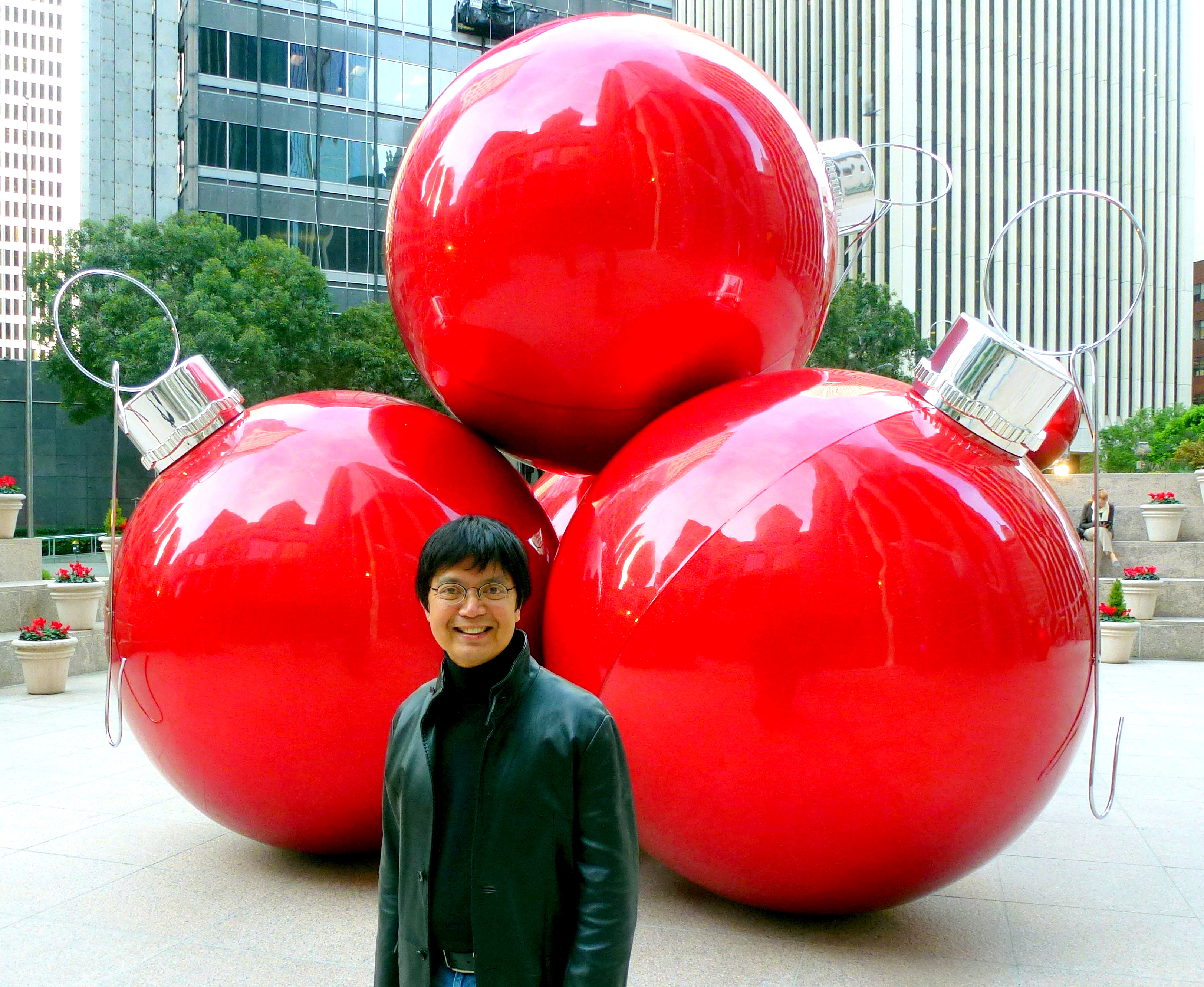 Taken during a happier Christmas at 101 California Street

A week ago, it was reported in the San Francisco Chronicle that San Francisco lags behind other cities in America in terms of recovery.  The newspaper specifically referred to the return of workers to offices and I must say, the report is so true.  Before the Covid surge due to Omicron, the posh and elegant Financial District never felt like a ghost town.  Nowadays, it is deserted.

I often wonder what's going to happen to the skyscrapers that now sit empty block after block from Kearney to Embarcadero.  I personally think they should be turned into housing should office workers truly decide not to return.  Last night, the news reported that 30% of the local workforce has decided to work from home, 50% to do a hybrid, meaning a combination of going to the office half of the time and working from home during the other half, and only 20% planning to return to their offices.

I yearn for the time when the city teemed with people.  What a happy time that was.  Right before Thanksgiving, I met a couple from Viña del Mar, Chile and the wife asked me where all the people had gone.  They had just spent some time touring New York and they both noticed the very quiet atmosphere here compared to the hustle and bustle in the Big Apple.

I could only tell them that many of the office workers were employed by high tech companies who have informed their employees that they could work permanently from home.

What the recovery will look like and when it will take place is anybody's guess.  I just hope it will be soon. One of the four humongous Embarcadero Towers along the waterfront 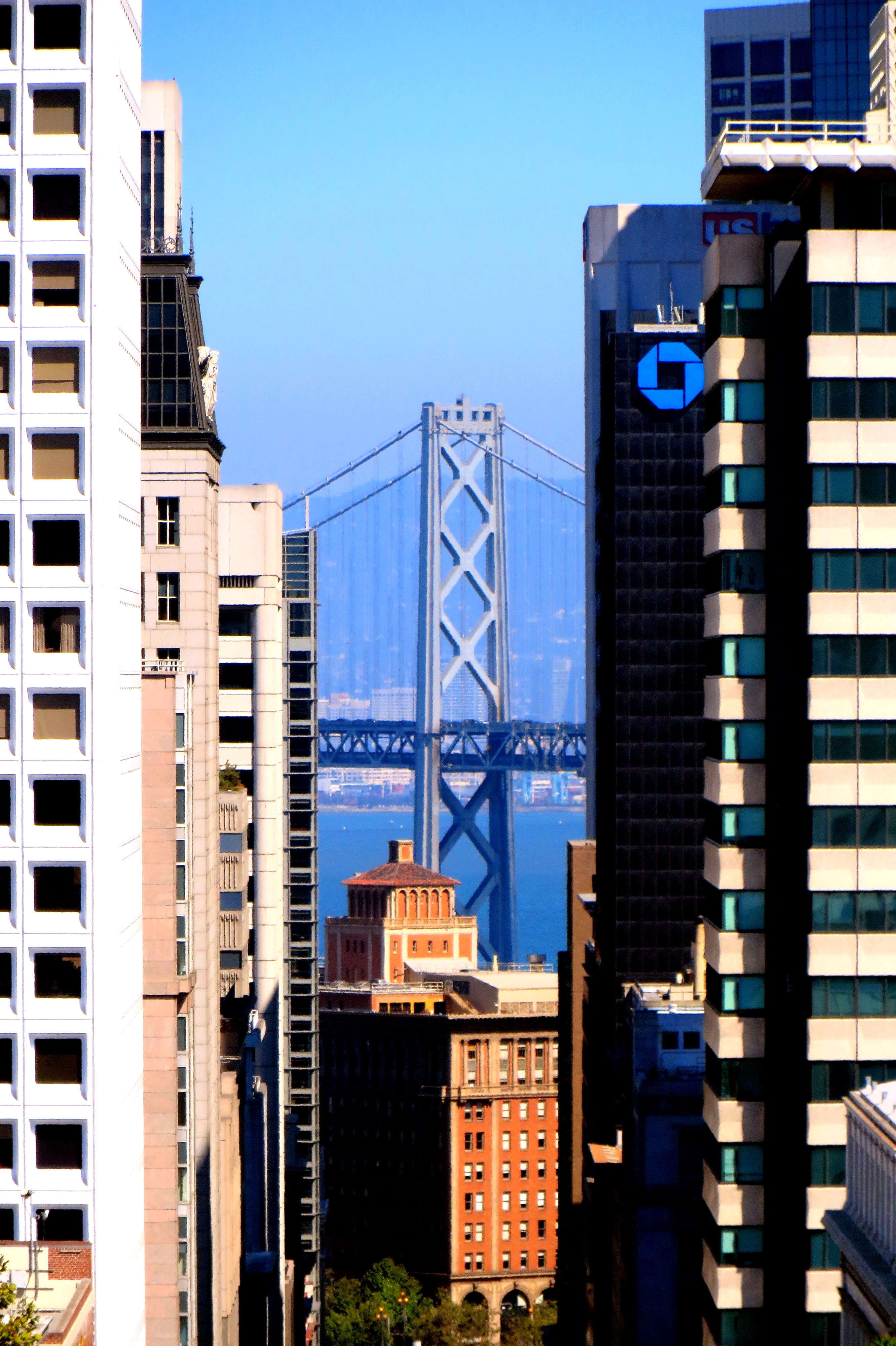 Lotta's Fountain, this landmark in the Financial District along Market Street, was the meeting place of the survivors of the 1906 earthquake that leveled the city.  Worth visiting when you come to San Francisco. 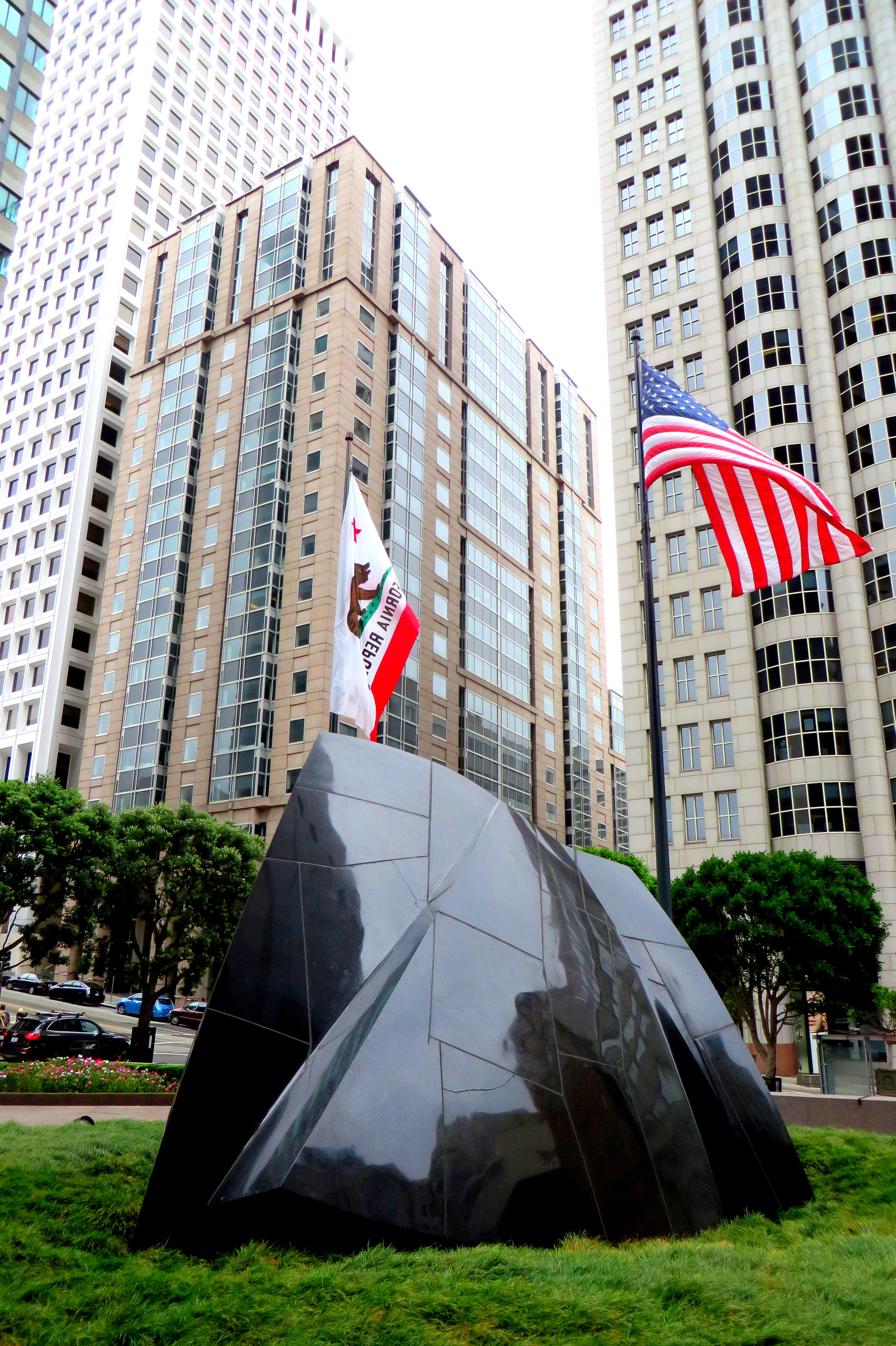 This stone sculpture is often referred to by locals as the banker's heart of stone by the entrance to the impressive Bank of America building which used to be the city's tallest. 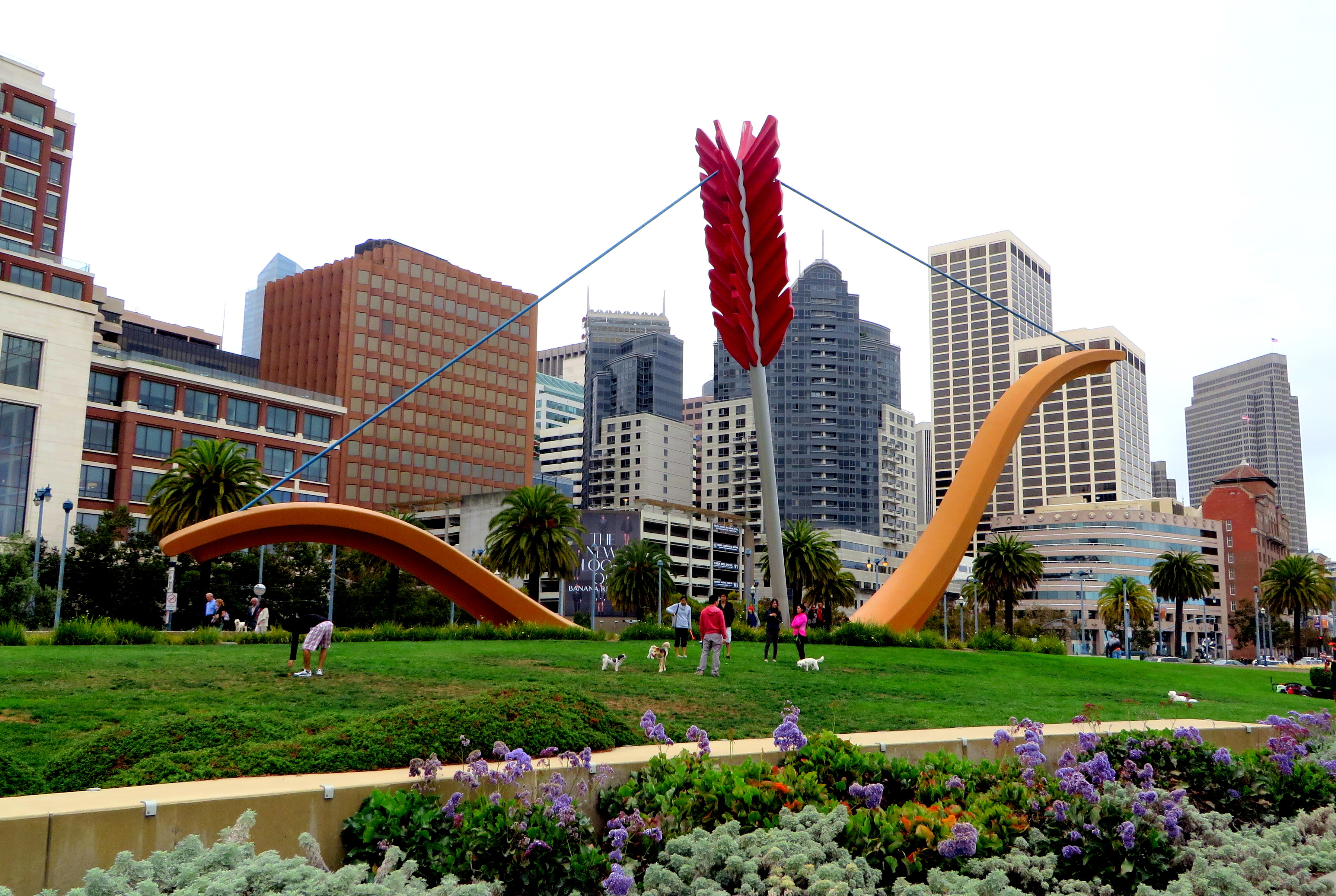 A view of the southern part of the Financial district where many hotels and restaurants are located and face the bay. 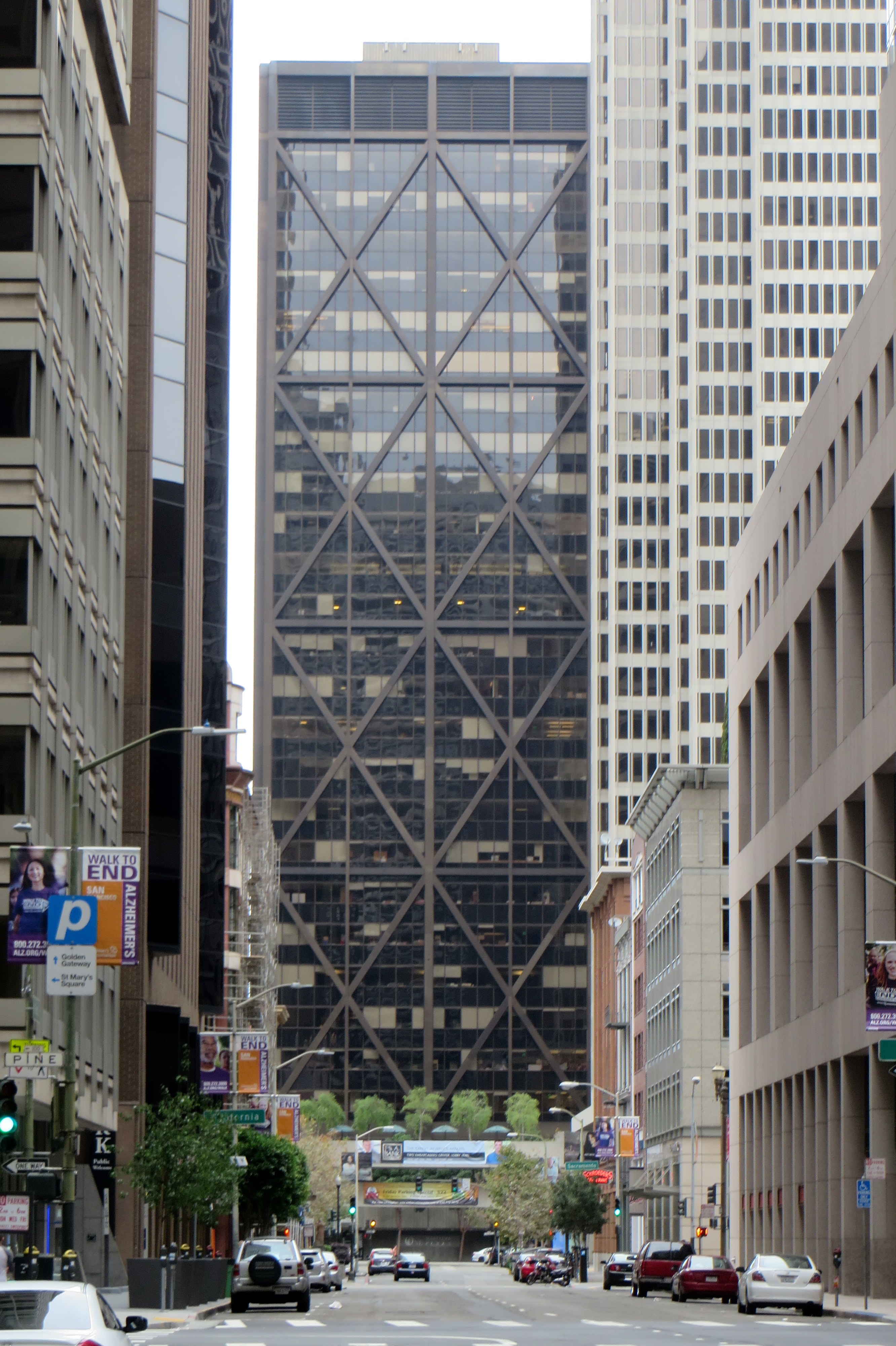 One of my favorite highrises on Battery Streer