I liked that the sights in Istanbul's Sultanahmet were very close to each other. In fact, we didn't need to take any public transport while we went around in the area during our first full day of sightseeing. The second to the last major sight we visited here was the Blue Mosque. We actually had to go there twice since it was closed to the public the hour we first went. It was prayer time and it was temporarily closed to tourists and other visitors who wanted to tour the building. Anyway, if memory serves me right, right around 2 pm, we were finally allowed in.

It being a place for the faithful to pray, no one had to pay for admission unlike the other sights. What we did have to do was take off our shoes prior to entering. Some women were given scarves or veils to put on their head while men wearing shorts were given a skirts to cover their bottom half. A majority of the male tourists though did wear long pants knowing fully well we were in a muslim country and visits to mosques in shorts was a big no no.

There were lots of people in the mosque. Tourists mostly. It was easy to spot those who were part of package tours since they mainly went around with their guides and many walked around in groups. There was noise for sure but not irritatingly so. I suppose it was to be expected given the high number of visitors. 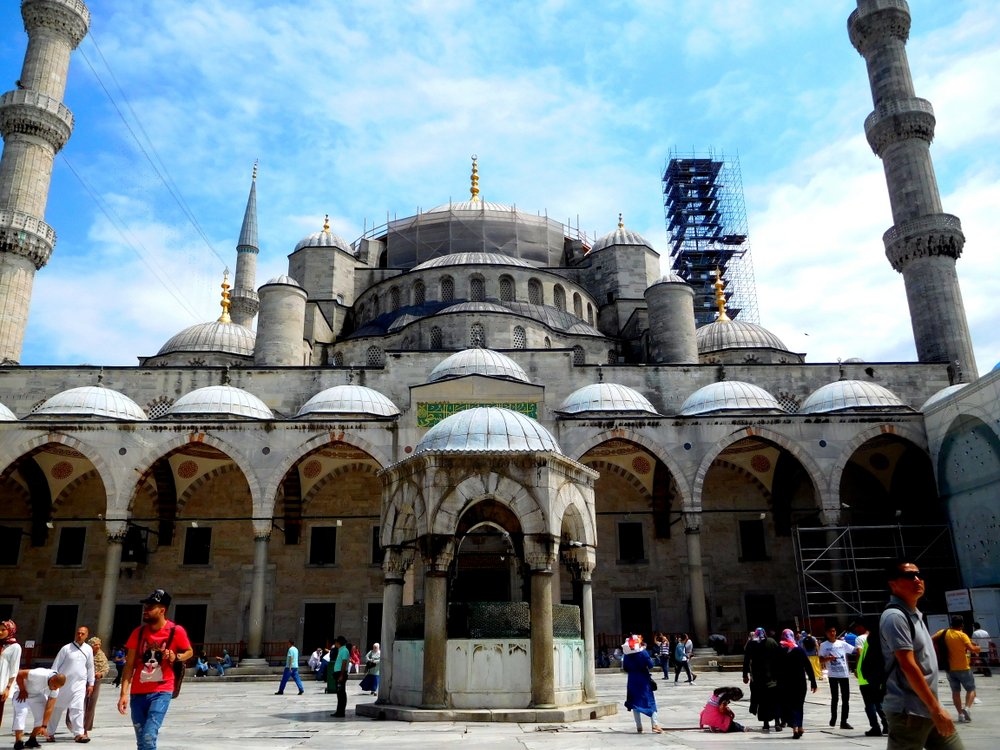 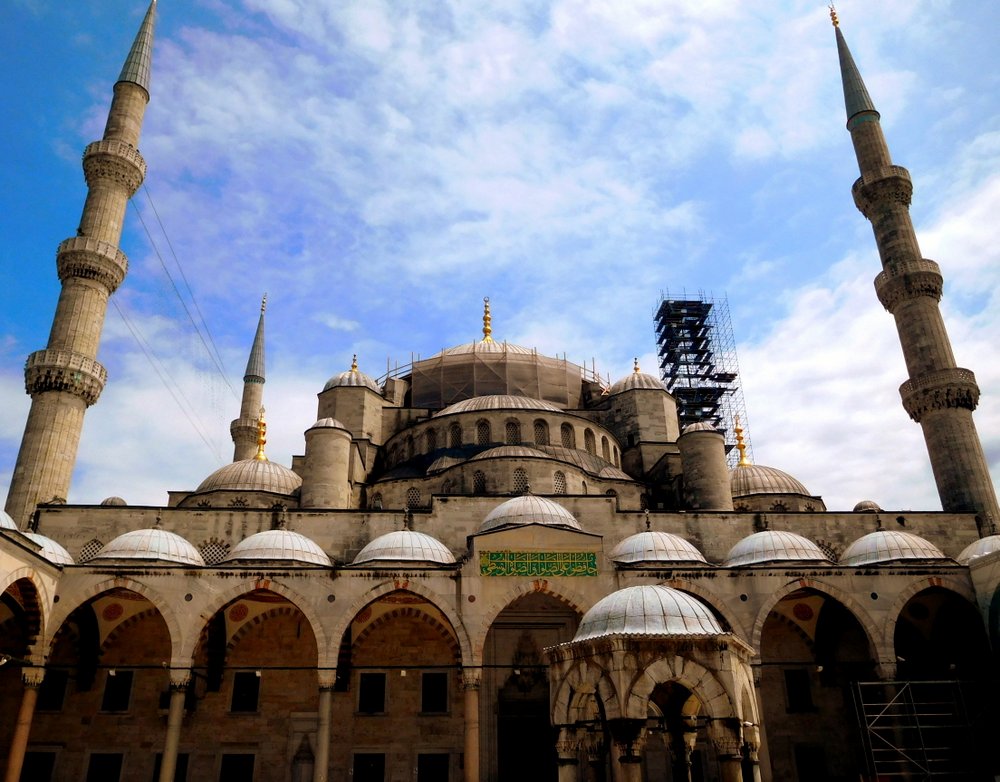 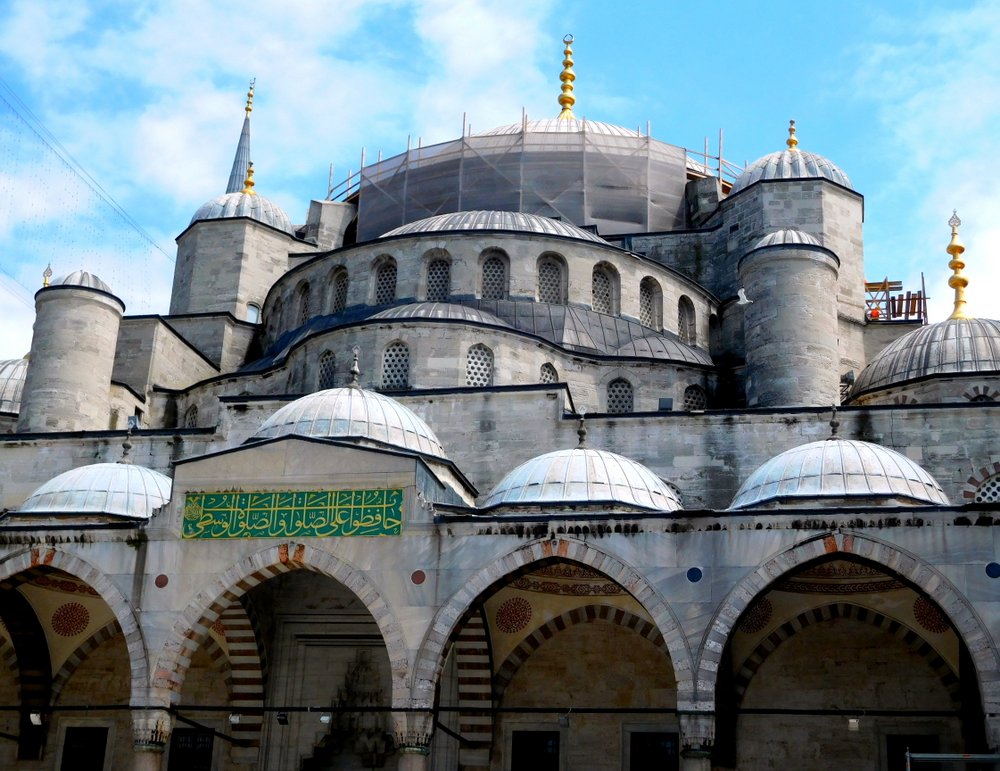 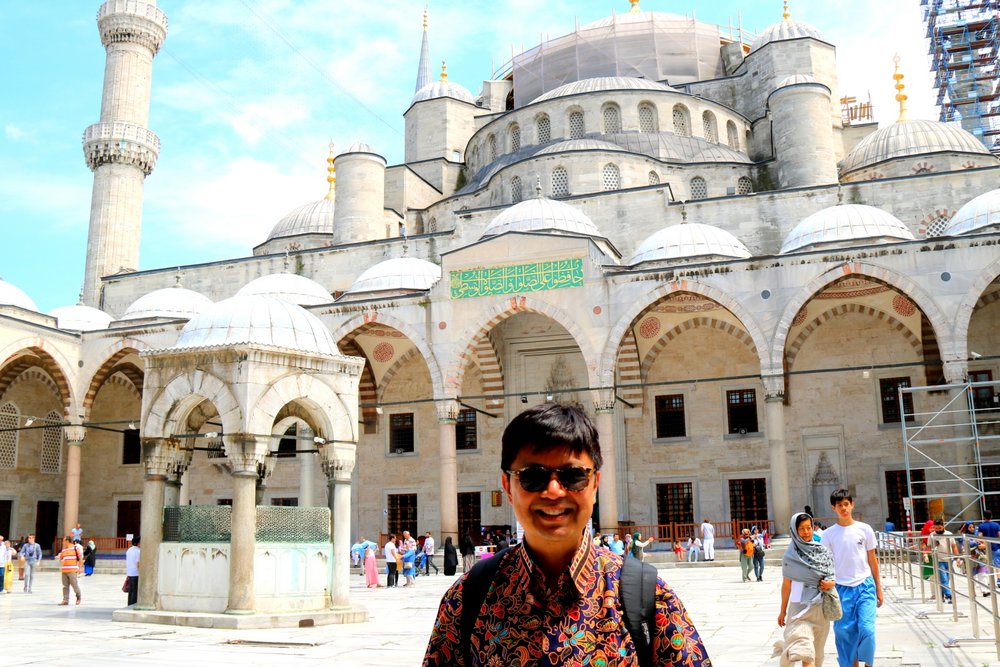 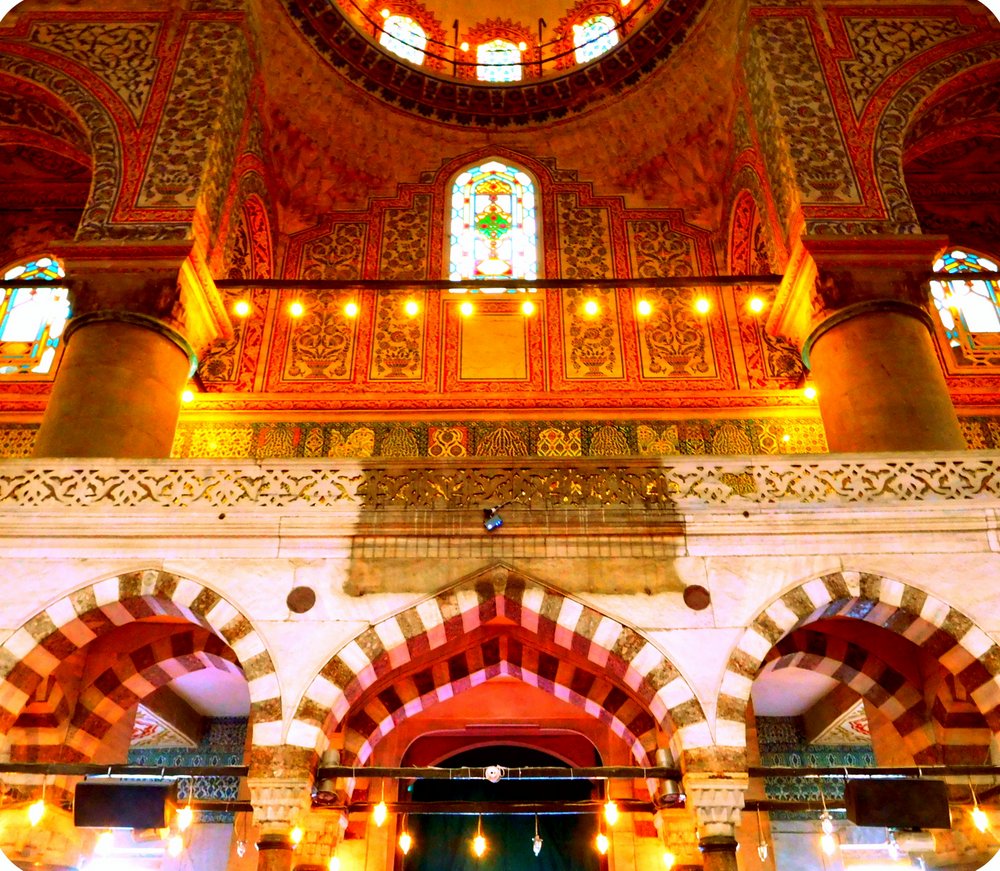 Inside the Blue Mosque it was click away with our cameras as we took pictures of the tiled ceilings. They were pretty impressive. 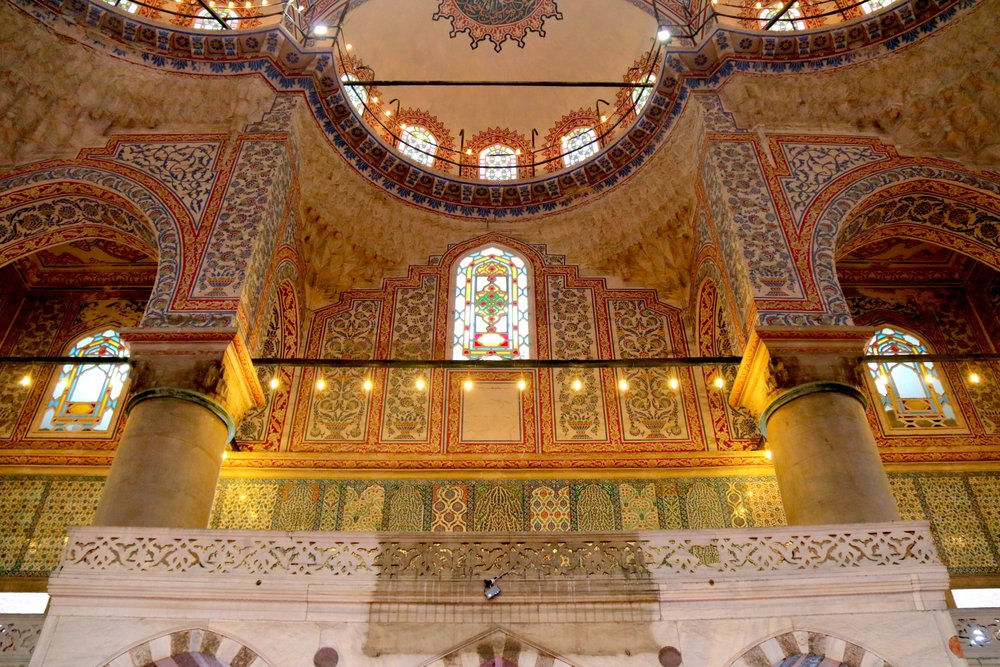 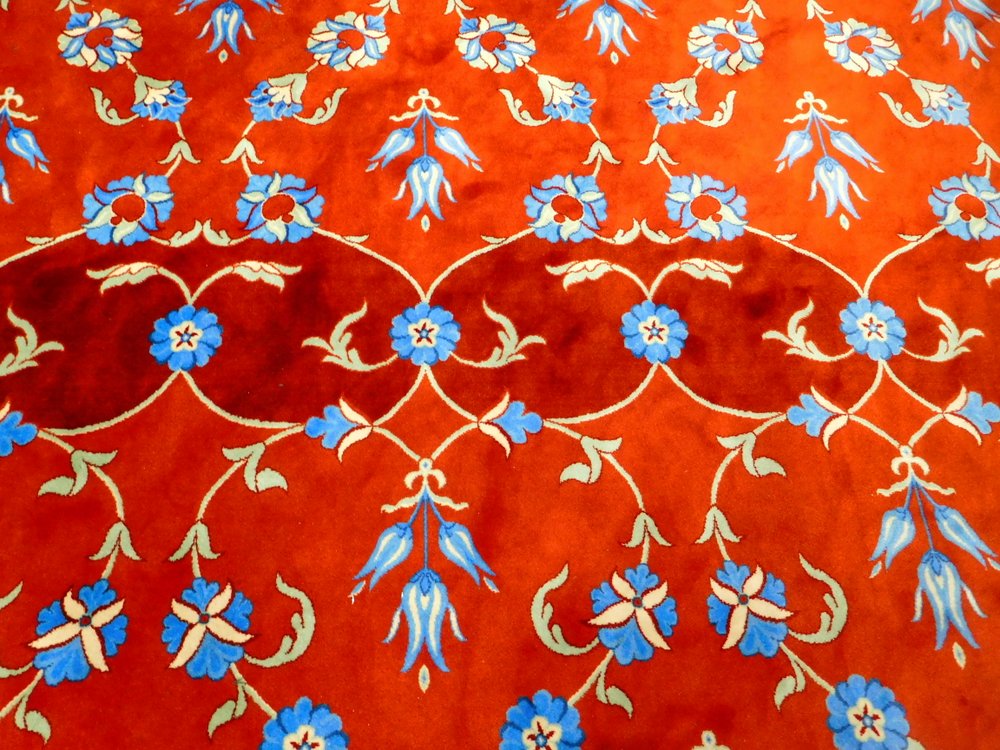 I even took a picture of the carpeting inside the building. This is what it looked like. This is what we walked on everywhere inside the mosque. I had read on someone's blog on the internet that the carpeting inside here stank. It didn't. there was no smell. It was all fine. I must say, I did suspect it would since many people walk on the carpeted floor with their socks on. You can just imagine the thousands of pairs of feet that have walked inside the mosque and who do so every single day. 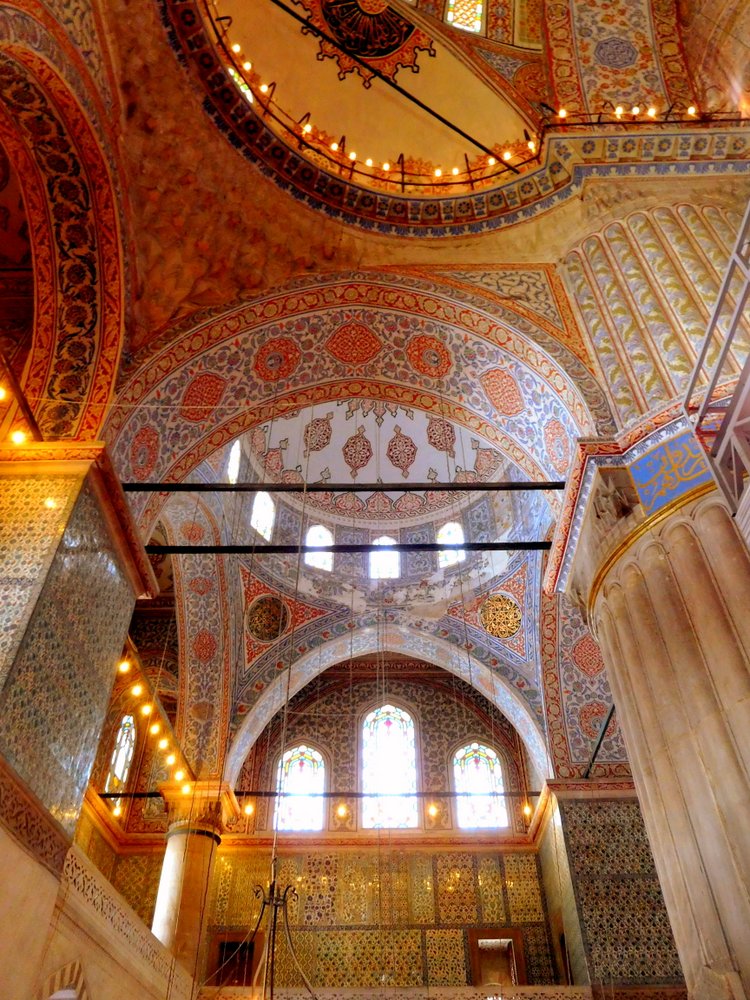 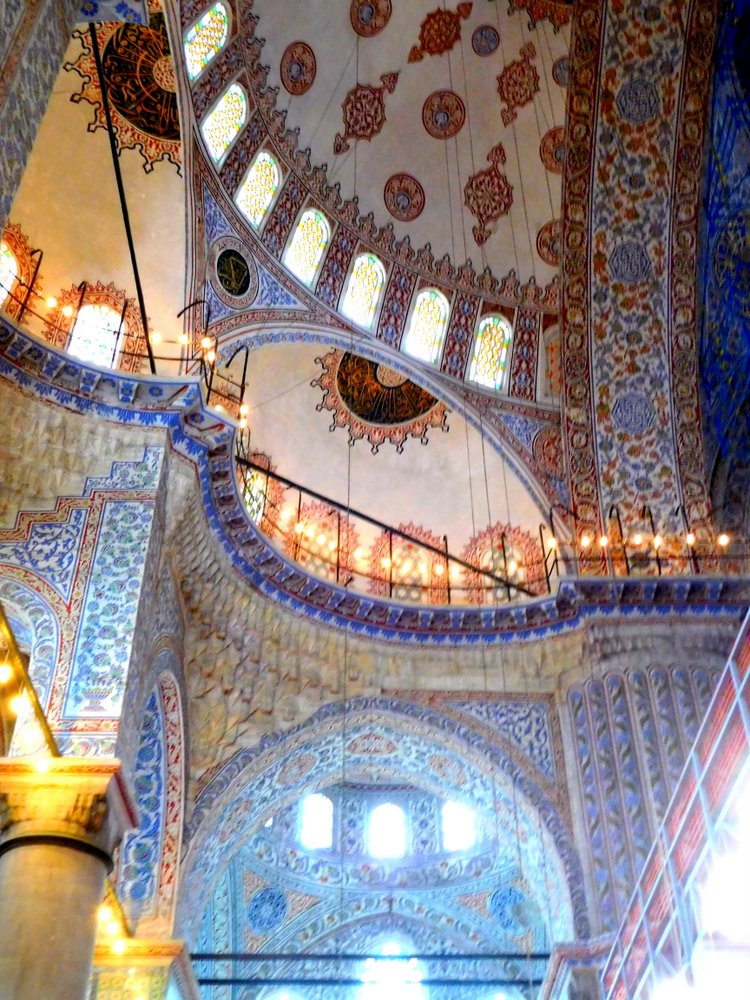 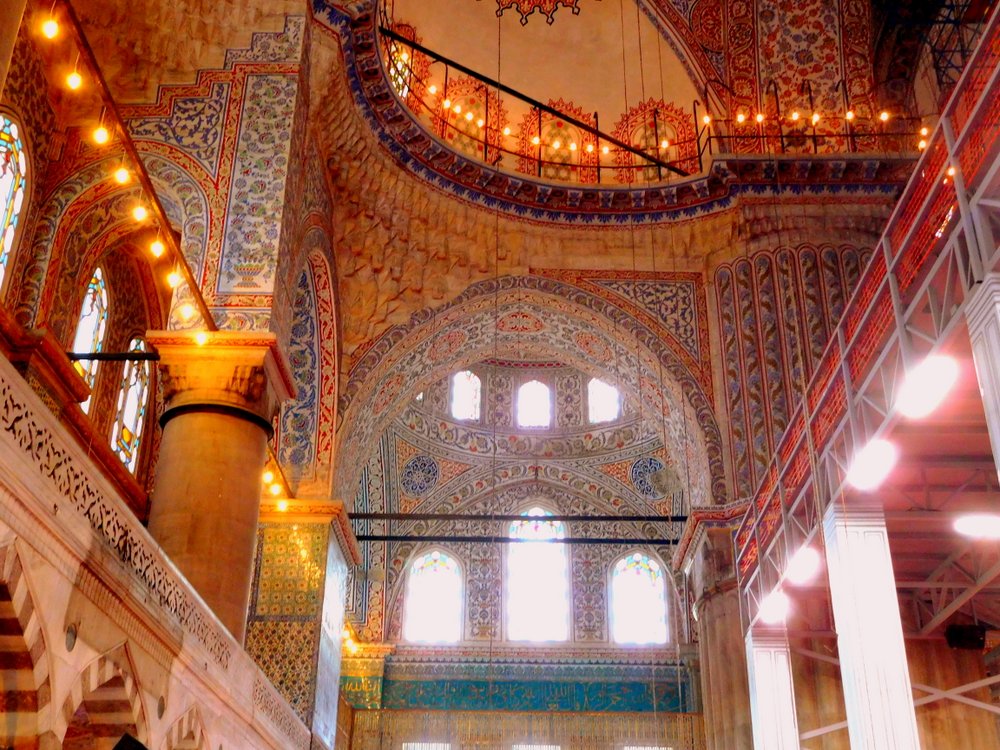 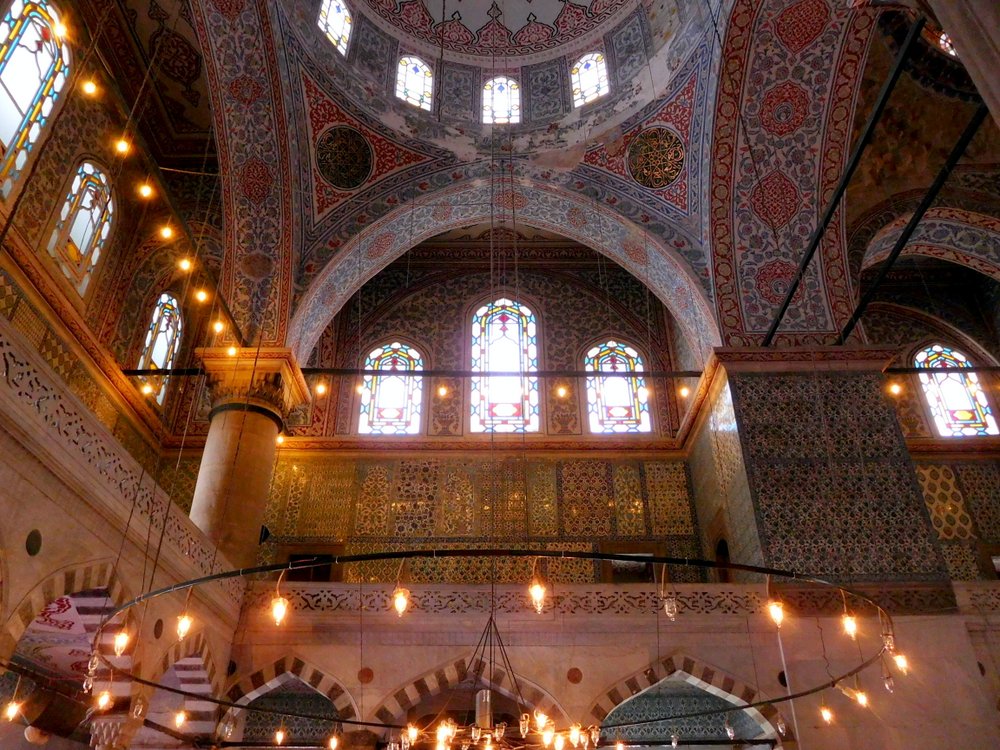 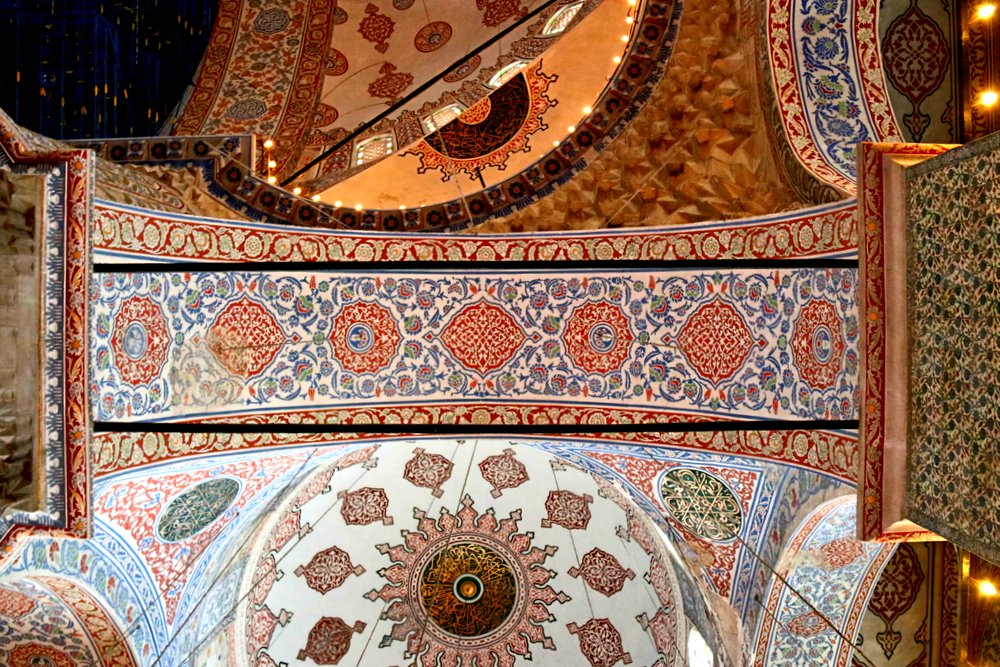 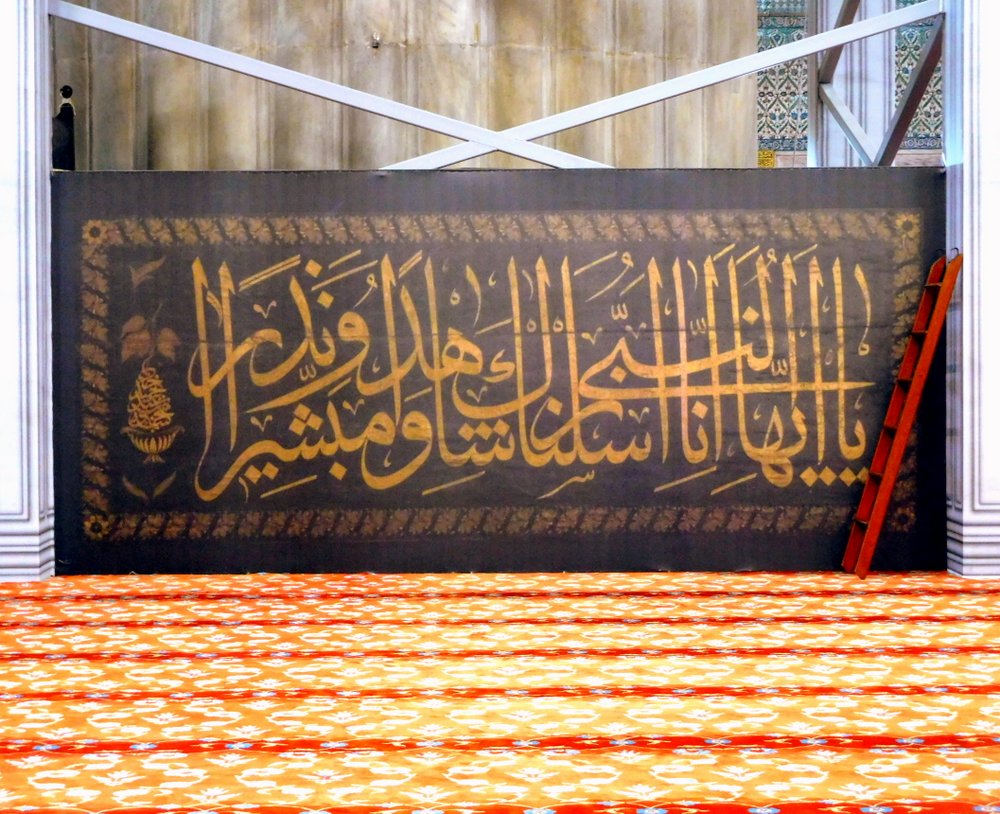